When CauseLabs became a B Corp late last year, we knew we were joining an inspiring, energized network of more than 1,300 businesses in 41 countries redefining success in business.

We completed the rigorous assessment because it seemed a natural fit for our culture and business, which is focused on building tools to impact people. With our B Corp certification, we now have a roadmap not only for sustaining financial success but also for social, environmental, accountability and transparency standards. We've also experienced the positive B Corp impact of greater peer recognition and new partnership opportunities.

But beyond that, our imaginations failed us when it came to predicting the many and varied ways the B Corp community delivers impact. It has been a revelation, and we aren't the only ones who say so.

We spoke with four B Corp friends who described inspiring and unexpected benefits -- those that go beyond the obvious ones listed on the B Corp site. They ranged from leveraging B Corp certification to spark change in suppliers, to fellow B Corp leaders giving time freely to plot one company's next venture, to job applicants willing to pass on bigger offers to work for an entrepreneur out of her kitchen. 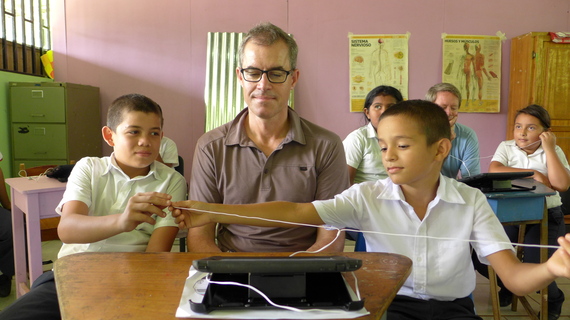 When World Leadership School earned its B Corp certification in 2007 during the early days of the movement, the provider of 21st Century learning programs and services to K-12 schools wasn't looking for anything in return, only to support something the company believed in.

"We were a Founding B Corp and the first certified B Corp in Colorado," says Ross Wehner, founder of World Leadership School. "It was a very small group. Over time, the community has grown like a garden. It's grown in totally exciting and unexpected ways."

Wehner first learned about the idea many summers ago when B Lab founders Jay Coen Gilbert and Bart Houlahan came to his house for dinner. Their nonprofit's mission to use the power of business to solve social and environmental problems resonated strongly with Wehner. Soon, he joined a handful of other pioneers willing to test their company's practices against the rigorous B Corp assessment.

"We are huge believers in this movement," Wehner says. "We are a for-profit company because I believe that we will never find solutions to the world's most pressing problems until we learn to harness market forces to create good."

Joining any professional community is bound to yield new connections, but the B Corp community has become a vital part of World Leadership School. "Now, most of the people I work with on a daily basis are from B Corps," he says. "My business network is made up of B Corp leaders. That's who I talk with every day."

Wehner credits his B Corp connections with the successful development of TabLab, the company's latest venture that provides tablet technology and teacher trainers to transform the world's rural schools.

"We could not have built World Leadership School and TabLab without the connections and access to talent we get through the B Corp network," Wehner says. "As an example, TabLab was brainstormed by a group of B Corp leaders. We locked ourselves in a room for three hours. I presented the concept to them, which frankly was half-cooked at the time. They tore it apart and helped me see a way forward." 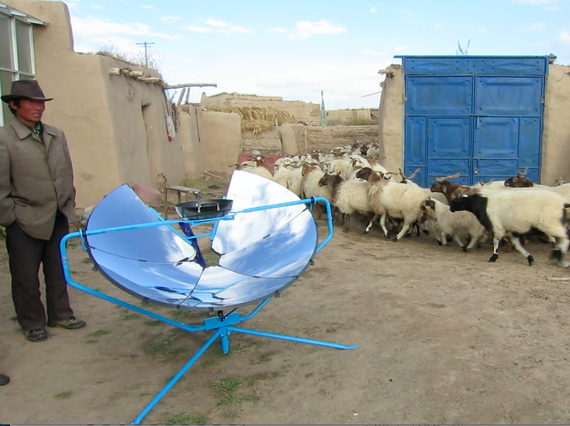 One Earth Designs, the maker of the SolSource solar cooker to solve indoor air pollution caused by household stoves used in rural areas, became the first B Corp in China in 2012.

The certification garnered the social and environmental innovation company national headlines in the Chinese press, including notice by Elle magazine for inspiring Chinese youth with its principles and story.

The media attention was exciting, but not as surprising as the ways in which B Corp certification aided the company's supplier challenges. Of the hundreds of suppliers vetted by the company, only a few met its sustainability standards. Of those, none wanted to take the company's orders because it was so small.

At this juncture, One Earth Designs could have compromised and gone with smaller suppliers who didn't meet its standards, but it did something different. It leveraged its B Corp principles to educate and sway suppliers.

"We took one last whack at it," says Founder and CEO Catlin Powers. "We explained to the manufacturers what we do and that our products are helping families with very little access to clean fuel and who face household air pollution."

Many of these manufacturing bosses actually grew up in homes with the same challenges, Powers says.

"Our initial group of manufacturing partners came on board because they had themselves suffered from those problems we were trying to solve," she says.

More work still needs to be done to get priority on factory floors, Powers says, but she sees potential for B Corp collaboration in bringing supply chains together for more clout and the cost benefits of bundling.

"What being a B Corp has done is given us a community in so many other places around the world," she says. "Now we have customers in 36 different countries, so when our team is going to visit, we are able to look up the other B Corps locally, and it makes us feel like we already have another community there." 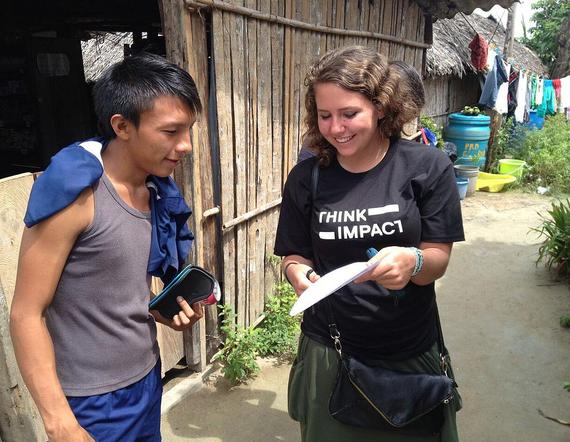 When ThinkImpact, a provider of social innovation immersion programs for college students in Africa and Latin America, became a B Corp in 2012, it discovered not only the benchmarking system for sustainable practices that it sought in the first place, but also instant trust.

"We were a nonprofit and switched to for-profit," says Saul Garlick, founder and CEO of the Denver-based company. "Becoming a B Corp reduced skepticism. I'm sure that helped us. I don't know if it has driven sales, but I think it's helped secure sales."

In ThinkImpact's new venture, Unleesh, B Corp practices are already baked into the language of the communication tool's business documents. This should make the B Corp assessment more achievable when the company applies at its one-year mark, Garlick says.

"Because B Corp is still fairly new, most people don't know what it is," he says, "and that's okay because at a minimum, they know it is better for the world than not being a B Corp." 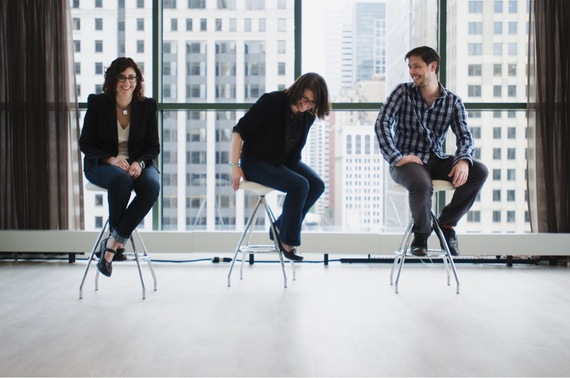 After 15 years in the corporate world focused on enticing buyers to buy more taco shells and breakfast pastries, Nancy Goldstein decided her work needed to matter, and that meant creating her own company.

In 2009, she founded Compass(x) Strategy, a Chicago brand strategy consulting firm, with the goal of using marketing as a force for good.

She did some research on B Corps and figured out, "not only am I not alone, but others have been thinking about it in a much bigger way. I'd just scratched the surface."

In 2009, she certified Compass(x) as a B Corp, and in 2011, her company became one of the first in Illinois to register as a Benefit Corporation, a legal structure in an increasing number of states that aligns with B Corp principles.

Her decision to become a B Corp "turned out to be a great decision from a community standpoint and an inspiration standpoint," Goldstein says. "Through the assessment and recertification, I've made Compass(x) a much better company than it would have been on its own."

The B Corp community that attracted her from first mention has in turn helped her attract high caliber employees, business partners and clients.

"When we hired our first consultant last year," she says, "I did very little marketing for it and we got a lot of resumes from people who were willing to work for an unknown firm that was still based out of my kitchen."

The philanthropy program of Compass(x) exemplifies its B Corp standards with 2% of fees going to charities designated by clients, a $25,000 pro bono project each year, and discounts to nonprofits that otherwise could not afford to hire the company.

"We get invited increasingly to propose on projects that I wouldn't have expected because people like that we are a B Corp," Goldstein says, "and if it comes down to us versus someone else, the B Corp is extra points in our favor."