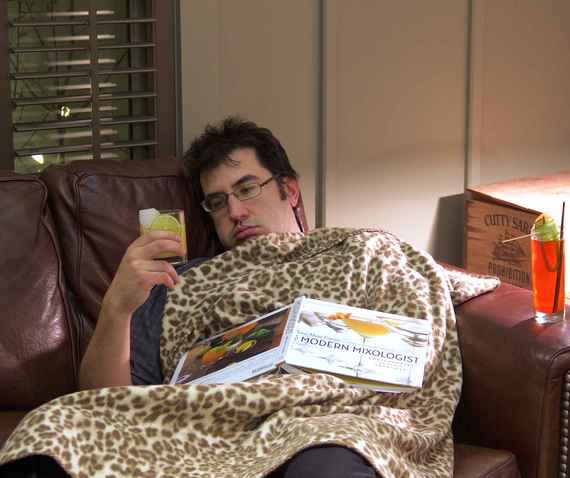 By: Andy Kryza and Dave Shenaut

Everybody's got their go-to hangover cure, whether it's coconut water, greasy diner food, or just watching She's The Man on repeat while weeping. And a little hair of the dog always does the trick! Actually, dietitians argue that you're setting yourself up for a compound hangover by drinking your morning-after breakfast.

We suggest you ignore the dietitians and combine booze with your favorite hangover-busting cures, just like in these kick-ass cocktails. We tasked Dave Shenaut -- former Oregon Bartenders Guild president and current bar director at Raven & Rose -- with doing just that. Behold, a boozy breakfast in a glass, Gatorade Pimm's, and other miracles of medical bartending.

More: What Your Cocktail Says About You 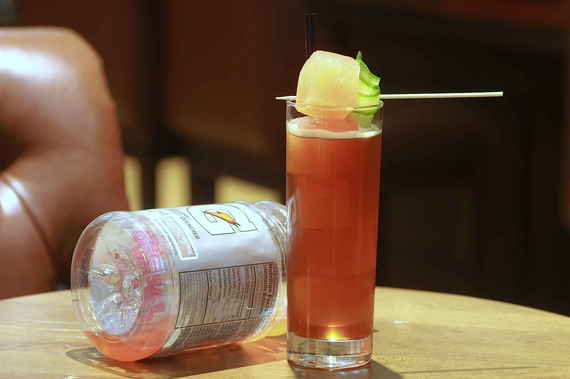 Replenish lost electrolytes while feeling particularly British with this Michael Jordan-approved (Ed note: Michael Jordan did not approve this) take on a classic.

Directions
1. Throw Pimm's (go ahead, call it "pimp's"), lemon juice, and simple syrup into a shaker of ice, then double-strain it into a highball glass full of Gatorade ice cubes.
2. Fill the rest with ginger ale.
3. Dave recommends garnishing it with another ice cube, plus a little spice (he used a cucumber/chili flag, which we're sure you have lying around). 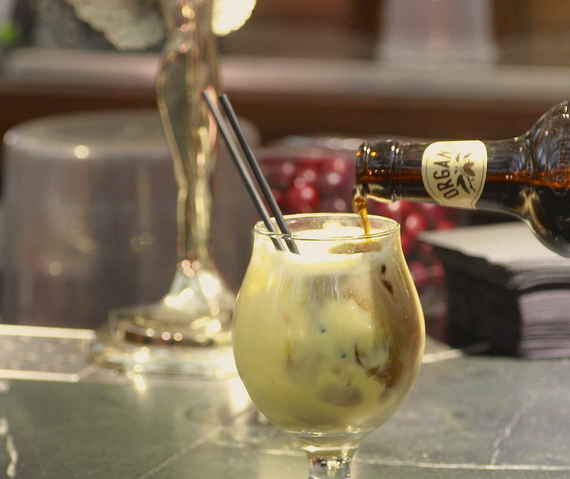 Hitting some of the essentials of an after-drinking breakfast -- minus the grease and waiting in line with a bunch of hipsters -- this bad boy's got protein, sugar, and beer. Basically the cornerstones of any first meal.

Directions
1. Dump the brandy, 151, simple, amaretto, and a whole egg (no shell, dumbass) into a shaker of ice and jostle it for a while, so it disperses and thickens.
2. Then double-strain it over ice, and hit the top with a nice chocolate stout like Sammy Smith.
3. If you're a breakfast completist, it pairs exceptionally well with bacon, so maybe do that too.

Head to Thrillist.com to see 2 more hangover busting cocktails with hangover cures in them (spoiler alert: one of them has coconut water)!

The 15 Best Beers To Drink This Winter

12 Things You Didn't Know About Champagne