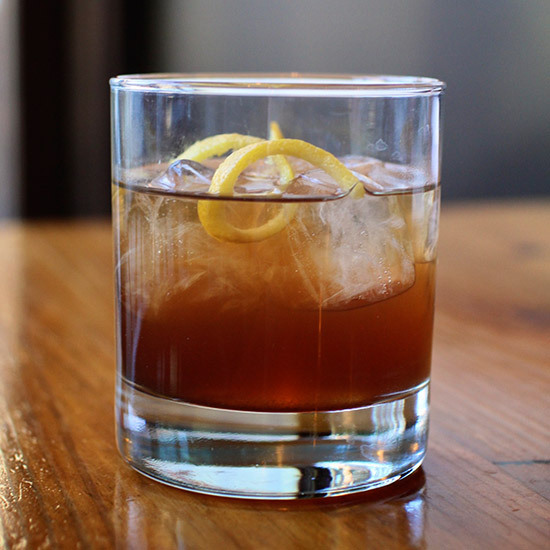 Bartender Jon Harris of Washington, DC's Firefly has perfected four shockingly convincing alcohol-free drinks that mimic the mouthfeel and flavor of their boozy counterparts. Here are the secrets behind his amazing mocktails. -- Justine Sterling

Old-Fashioned: To create a boozeless version of one of the booziest cocktails, Harris replaces whiskey with strong-brewed barley tea. "You are trying to capture the spice of the whiskey, a little bit of the bite and the malty sweetness," Harris says. The barley tea, which Harris brews for 20 minutes instead of the 3 minutes that the package usually recommends, has all of those characteristics. To the chilled tea, he adds bitters, simple syrup, ice and a lemon twist, just as he would for a classic old-fashioned.

Gin and Tonic: "Mimicking gin is pretty easy," Harris says. Simply infuse water overnight with the botanicals used in your favorite gin. "You know you're going to need juniper berries," he says. "And you're probably going to have some citrus peel and various herbs. The water draws out all the flavor of the aromatics, so when you strain it, you basically have a clean tea 'gin' infusion." For a faux "gin and tonic," Harris uses about 4 ounces of the "gin" and adds to it tonic syrup like Jack Rudy's, plus a touch of simple syrup and baking soda, to give it fizz and body without diluting it like soda water would. He pours the mix over ice and garnishes the drink with a couple of lime slices. "That's my favorite," Harris says. "It's the closest to the real thing."

Cosmopolitan: "It's kind of impossible to mimic vodka because it's so neutral," Harris says. Instead, he mimics the Cosmopolitan as a whole. He uses fresh lime juice in place of citrus vodka, cranberry bitters ("to give that bitter tang instead of cranberry juice, since we already have juice"), orange flower water instead of triple sec and grenadine for color, bright berry flavor and body. He thins everything out with a splash of water then shakes it over ice and strains it into a martini glass.

Mojito: "People make fake mojitos every day," Harris says. "It's just lime juice, mint and soda water -- but that's kind of boring." He suggests adding pure sugarcane juice to the mix. While there's no mock mojito on the menu at Firefly right now, Harris is expecting to get a sugarcane press this summer so he can make his own fresh-pressed juice. For those without such a contraption, he recommends buying bottled sugarcane juice or piloncillo, Mexican sugarcane that's been boiled down into a block, which can be reconstituted and diluted to make a juice.

Best Cocktail Bars in the U.S.

Best New Bars in the U.S.

He Grew Up Without A Dad. Now, He's Become The Internet's Dad On YouTube