There is nothing like the optimistic promises of the Spring Season. The air is filled with revivals, new beginnings and new love! It is the time of the year when many new romances blossom, when new lovers seem to literally step out of their own skins! You know the head over heals feeling? Have you ever experienced anything like that? Well, we have!!! 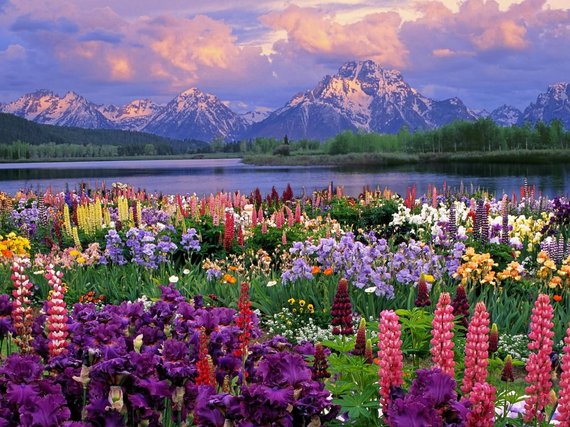 When we first got romantically involved -it was in the Spring Season- the sparks, went off... But the best way to describe some of the fireworks is probably from our individual perspectives, so let's hear it.

Mario: "I was so in love with Diane that I could not get her off my mind... I wanted to be with her all the time. I remember one instance when I sold the idea to my boss that I "unexpectedly" had to travel to Toronto for a last minute important meeting with Team members... What I really wanted was to surprise Diane who happened to have a business meeting with her employer of the time in the same city. And surprised she was... During our "Spring Season" I wrote her love letters, like one a day for a month. Heck, I also wrote her a love song! I sent messengers to her office with parcels identified as "PERSONAL & CONFIDENTIAL" since I did not want anybody but her to open them up... And like many new couples, we had our songs. So I used to leave her voice mails with one of our songs blasting in the background. It was crazy and wonderful." 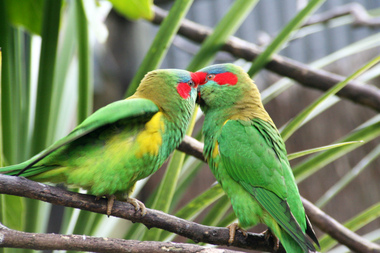 Diane: "When he showed up unannounced in Toronto, that really sealed it for me. It still gives me goose bumps thinking about it. I also loved to jolt Mario with surprises all the time. I sent him flowers to his office regularly because he had once told me that he loved flowers but had never gotten any. So I sent him huge ones, not just your regular bouquets, to the extent that it became a running joke with his working colleagues:
"Ok guys, Cloutier just got another one today. He's showing off again!"
I too rearranged my working schedule multiple times whenever possible so we could travel together. I guess early on we both decided not to take each other for granted. So you'd see us inviting one another to a night out in the middle of the week and we'd stay home when most couples wouldn't."

When we revisit that "sparks" period of our relationship, what strikes us is that we have continued to do many of those things through the 18 years that we've been together. But like any other couples, we too have had our fights, trials and tests, many of which we talk in great details in our book.
When we are asked, "How do you keep going strong? How do you overcome your fights?"
Well, the first thing for sure is always to try to keep our emotions in check. It's easier said than done but it's always a good start. Secondly, we default to a set of tools, a "protocol" that helps us avoid the minefield... We've called it the "4 Fundamentals to avoid the "Fight or Flight" situations in your couple" 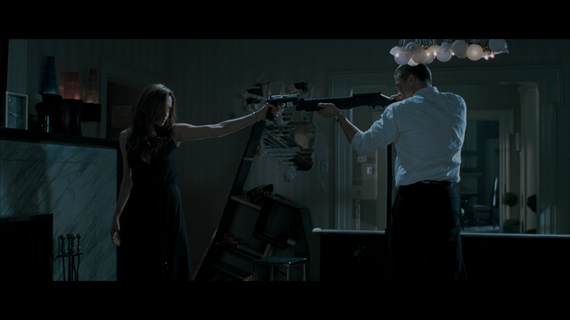 Fundamental #1: Have a Couple's Vision
Couples with no compelling, aspirational and clear visions don't tend to last. Of course you and us know several "unions" that have gone on for decades without any such thing. They've stuck (the verb seems appropriate here...) together in spite of passion, respect or love, for financial reasons, the kids or something else...
"Power Couples" all have a compelling, aspirational and clear vision of what they intend to aim for together. That's what makes them stronger, inspire them to move forward and guard them against futile arguments that can turn into unproductive fights. Once you crystallized your vision, it will serve many purposes but the primary one will be to help you remember "why" you are together at the first place.

Fundamental #2: Taboo Talks
We all have taboos as individuals, stuff that we want to keep hidden under the rug for no one to see. Couples are no different, but when taboos remain unaddressed, they can turn any benign event into a big drama that could have been avoided in the first place. What are the taboos in your relationship? Is it a former lover? The fact that you are financially "better off" than your partner? Is it your kids versus hers? Or an unsatisfying sex life?
Whatever it is, unveil those taboos, talk about it and establish a satisfactory protocol between the two of you that will help you manage "potential dramas." Such protocol could be as simple as saying:
"Hon, I think we are entering taboo territory here so let's be cautious about what we are gonna say or do."
It could also be:
"You know what, this (fill in the blank) is totally off limits for me. I just want you to be sensitive about it because I am not ready to address it."

Fundamental #3: Use a Conflicts Resolutions System
The verb "conflict" is often defined as "to come into collision." We're sure you've been there in your couple. The thing is, it's so easy to get irrational when conflict arises. Our experience has been that real conflicts happen when an important decision, one that will ultimately affect the couple and/or the family, needs to be taken. Just to name a few, it could be a career change, the purchase of a new home or the necessity to have an elderly parent move-in with the family. Well this may sound simplistic but we have learned to manage conflicts with scorecards. Yes scorecards! Allow us to share a personal example here.
We have bought two homes together. As it seems to always happen with a couple about to make such an important transaction, each time we both had slightly different visions for the whole thing. So we established a scoring system that helped us keep our emotions in check! We individually made a list of criterions that were important to us: size of the house, airport proximity, garage, swimming pool, price, type of community, lot size, age of the house, distance to golf course, municipal taxes, etc. We then reconciled our lists, agreed to put points next to each criterion and total them up. Each time we visited a house, we would score each of them individually and then share our score. We also established that if our scoring system totaled a maximum of 100 points, the "passing mark" for any house to be considered would have to be no less than 70 for BOTH OF US. That type of system has made wonders for us not only with our real estate transactions but also with any other major decisions where we wanted to leave our emotions aside.

Fundamental #4: Set your Couples' Laws
Even successful couples quarrel from time to time. There is nothing damaging about it provided you have boundaries that will protect and not jeopardize your relationship. Think of them as "Couples' Laws" that must be established ahead of time before any arguments arise. This prevents sentiments to blind you from the issue at hand. Examples of Couples' Laws could be:
• We will not interrupt each other when one's giving his/her perspective.
• It's not about being right. It's about getting to a common ground and resolve the problem.
• We will be respectful and weigh our words before unleashing them so we won't regret saying them.
• Sometimes we will agree to disagree. This may mean we will step back, take the time to reflect and snooze on it a little...

Acclaimed Relationship Coaches, Authors and Bloggers Diane and Mario Cloutier have each experienced real-life relationship sorrows of breakups and divorces before finally attracting the blissful relationship each of them were longing for. They became romantically involved in 1998 and married in 2001. Together, they are the proud parents of three millennials.
Their new book, Relovenship® -Look Within to Love Again! (Xclamat!on Media, 2015) gives inspiration, hope and a step-by-step methodology to people who have had romantic disappointments and are still looking to find "the one."
Mario and Diane are now constantly traveling across the United Sates and Canada to spread their message: that it is possible to "live happily... EVEN after!" For booking inquiries or to learn more about them and their upcoming events, go to ReLovenship.com. Of course you can also follow them on Facebook or Twitter!