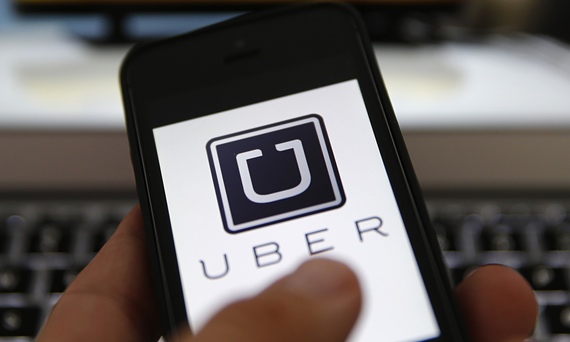 Uber is the modern day chariot, a magical steed that whisks you away to overly expensive brunch spots and rescues you from the aggressive, frustrated and transparently thirsty men who will hook up with someone that night or ruin yours trying. However, I don't think Uber is fulfilling it's potential as the revolutionary service it could be. As always, I'm trying to help you. Here are a few ideas to make the most of that magical, overly-Febreezed black car.

Let's be real, you're already bad enough at small talk and it's hard to pretend you're on an important business call for the entire ride at 1 a.m. This option is great for both the passenger and the driver because the passenger doesn't have to feel bad about their inability to connect to other human beings, and the driver doesn't have to risk a 2-star rating for getting too passionate about their 9/11 conspiracy theories.

Therapy can cost a pretty penny and sometimes your friends are tired of listening to you drone on about ex-lovers and how you think you're turning into your dad. This is one of the more expensive options but catches the middle ground between an actual shrink and talking to that oddly wise homeless man on your corner.

Uber drivers have seen all manner of people in their cars and have a history of speak to customers for long periods of time (mostly because they haven't implemented that "No Talk" feature I mentioned). Get it, keep the meter running, and vent all your problems to a person who has it much worse than you but won't mention it because you'll give them a negative review.

Make Me A Hero

As a modern chariot, Uber is often used to pick up a date. The saying goes "you only get one chance to make a first impression" so go all out. There are a number of scenarios to choose: Defender against bigoted driver, savior of Uber ride-turned-robbery, The Winner to a test of wit with the driver (answer keys will be distributed), and more. Trust me, there are plenty of failed actors/actresses-turned-Uber driver for this to be a beautiful piece of improve theater.

Think of a combination between Uber and Tinder. You swipe to get the cutest driver in your vicinity and then you have a smooth cruise around town. You already have a place to hook up just by reclining the seats high-school style, there are mints in the glove box to freshen up the experience, you know the driver has a job, they've already been reviewed by other people, and if you end up not liking the date, then you already have transportation back home. Everybody wins.