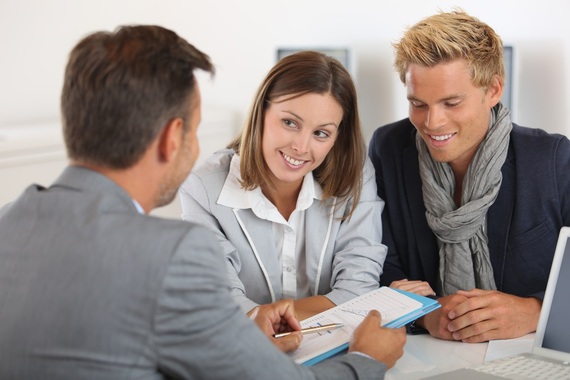 Millennials and baby boomers are America's two biggest generations, with the younger set just becoming the largest population group in the U.S., according to the U.S. Census Bureau. They share commonalities beyond their large numbers, though; they have a seemingly similar risk tolerance when it comes to investing.

The truth is millennials and boomers are mostly different when it comes to money. Naturally, that affects each group's financial behavior and investment preferences.

To understand why millennials like certain investments that baby boomers don't, you need a clear picture of their finances.

Simply put, the young crowd is in the "accumulation" phase of their financial lives while those with more experience are in the "preservation" phase. Millennials have two things going for them: 1) they'll likely earn more and more over time, and 2) they have the benefit of time to recover from down markets.

Conversely, baby boomers left the work life behind them -- or they soon will. If they do work, it's often part-time. They need their money to last because it's not as easy for them to recover from a bad economy. This older generation also isn't saddled with as much student loan debt as millennials.

It's also important to understand what these two generations experienced in life. Millennials grew up with internet access, smartphones and seemingly endless information on demand. They also learned a lot about money by watching their parents and witnessing the downturns, downsizing and market losses.

For the baby boomers, America was a place of social change and programs like the GI Bill, which economically empowered veterans. And phones were attached to physical lines and meant for calls -- not used as cameras and stereos.

The fact that the two groups are in different financial stages in life makes them fundamentally opposite. Combine that with vast disparities in their life experiences, and it's no wonder their investment approaches differ.

Here are four investments that millennials gravitate toward but baby boomers steer away from:

This might surprise many, but millennials are good at saving and investing in themselves. Fifty-six percent of 18- to 34-year-olds saved at least 5 percent of their income in 2014, an increase of 6 percent, reports Bloomberg Business. Improving savings rates mean millennials are paying themselves first. It also helps that they're generally pretty thrifty, preferring to keep their money rather than spend it.

"Millennials tend to plan their purchases and shop for value online," said David P. Sims, certified public accountant (CPA) and managing member of RidgeHaven Capital LLC. "This may be a result of necessity, as incomes remained stagnant over the past few years, especially for entry-level professionals."

Boomers already invested in themselves, many in the form of long corporate or military service, and earned pensions. They're not socking away cash like millennials -- it's already saved and being used for living expenses, such as health care costs.

Millennials don't believe in the "stable" career model of working at one company for 30 to 40 years because they witnessed that paradigm vanish. Instead, today's young professionals want flexibility and purpose, ultimately meshing their personal and professional lives in search of a better way to work.

And since technology has made it cheaper and easier than ever to start a business, sometimes entrepreneurship is the way to go. A Bentley University report confers, finding that two-thirds of millennials want to start their own company.

"Millennials value mission and purpose over and above stability and a big salary. More than previous generations, millennials want who they are to align very closely with what they do," said Greg Smith, president at Blooom, a registered investment advisory firm. "They'll have significantly more and different jobs in their lifetime than previous generations -- partly because of this search for purpose."

This all leads to millennials investing in business opportunities, often in the tech field. As recent studies note, they're embracing entrepreneurship and optimistic about their prospects.

Boomers, on the other hand, tend to subscribe to the "golden watch" model described above. It was the norm at the time, and truth be told, the stability of that model was attractive. Still, it's vastly different from the millennial approach.

Related: 8 Startups That Turned These Millennials Into Millionaires

ETFs can truly be great investment options for almost anyone. They offer diversification, low fees and tax efficiency.

When millennials invest, they seek passive management and often flock to the broad-based ETF that tracks an index, like the S&P 500 or Dow.

While ETFs might comprise a small portion of a typical baby boomer's portfolio, more often mutual funds and managed accounts are the norm. It comes down to habit and what they know.

"Boomers have been successfully investing in mutual funds since the mutual fund boom of the 1980s," Sims said. "Over three decades, they've come to understand how this works and feel comfortable with it."

Make no mistake: There are tech-savvy people of all ages. It seems every day we're surprised by a text from Grandma or seeing Grandpa's latest Facebook update.

With that said, technology is interwoven in the millennial fabric and has been from the beginning. Who do you think is waiting in line to buy the latest iPhone? Not Grandpa Joe.

Millennials love tech devices and often use technology to buy technology. And, they're also investing in high-tech company stocks.

"Millennials are consistently dubbed the technology generation, and this translates to their investment style as well, as the top holdings for millennials include Apple, Facebook, Tesla and other such companies," said Scott Mullen, who serves on the investment committee at U.S. Securities and Exchange Commission (SEC) registered investment advisory firm, Miracle Mile Advisors in Los Angeles.

While technology is increasingly prevalent for the boomer crowd, it's not reflected as much in their investment strategy. To be sure, they're investing in tech -- it seems that everyone invests in Apple and Facebook -- but they also want stocks that pay dividends, like AT&T and Johnson & Johnson.

Keep reading: 13 Tips for Investing on a Budget

For now and the near future, baby boomers and millennials alike will command marketers' attention because of their size and buying power. It'll be interesting to see where the world goes as these demographic shifts play out and markets respond, yielding new investment opportunities.

This article originally appeared on GOBankingRates.com: 4 Investments Millennials Like -- But Baby Boomers Don't