Building a successful online business is one of the most difficult things to accomplish. With the explosion of the Internet, many people built businesses to capitalize on the gold rush -- and unfortunately, many businesses are failing.

There's no shortage of gurus who tout their ability to teach how to build Internet businesses. As a former student of many gurus, I've become enraged at their seductive tactics that trick people into buying their courses. Quite honestly, I'm sick of the lack of transparency.

That's why I documented my 66-day journey to build a brand new side-business on my podcast, "The 66 Day Experiment." During the course of 66 days, I recorded my business-building actions and the lessons I learned as I created a media company with a podcast.

Here's a list of the things I achieved with my business in 66 days:

You can listen to a summary episode describing how I launched the business here:

During my 66-day experiment, I learned about building a successful online business. Here are some of the highlights:

Aristotle said, "We are what we repeatedly do. Excellence, then, is not an act but a habit."

Research performed by the University College of London demonstrated it takes roughly 66 days to form a habit and make it stick.The key difference between entrepreneurs who never give up and those who give up is applying daily action, even in the face of failure.

After all, the Olympic athlete becomes excellent at her event when she practices every single day. If you're like me (full-time job, family, and love of Netflix) it is difficult to find time to build a business. That's why cultivating the habit of taking action everyday is essential to your success.

Never assume that the marketplace will pay you for your idea without validating your idea first. There's an episode on Shark Tank where this man invested more than $3 million -- some of it from his own parents -- and he hadn't sold a single product before coming on the show. Of course, none of the sharks were impressed with the idea because it wasn't validated. 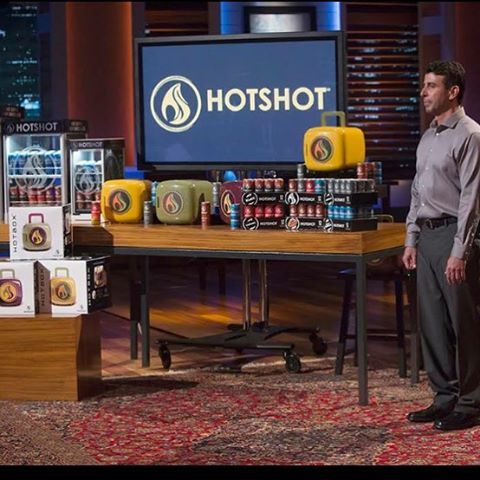 Early in my online entrepreneur adventures, I spent nine months building a leadership consultant business without validating my idea. Can you guess what happened? I never received a single speaking engagement, nor was I able to convince any businesses to hire me.

If you want to validate an idea, you need to ask people to pay you for it -- even if it's not quite ready for prime time. If that scares you, take a look at the fundraising efforts taking place on platforms like Kickstarter and Indiegogo. Most of these fundraising campaigns do not have the product ready to market, and still Kickstarter brings in millions of dollars every month. These crowdfunding platforms are the perfect way to validate your idea before you spend a significant amount of time building something that may never get you a dollar.

Treat every task as an opportunity to delegate

I found it very difficult to grow my business while running two other side-businesses, working at my full-time job, spending time with my family, and cramming everything else into the margins of my life. Somewhere around the middle of the 66 days, I realized that delegation was the answer.

At the time, I was struggling with contacting sponsors. An entrepreneur friend of mine suggested that I hire someone who is great at sales and networking. That's when it dawned on me that I needed help.

I soon realized that using my time efficiently was the most valuable way to build my business. So, I used virtual CEO Chris Ducker's method to help me delegate effectively. To summarize, I created three lists:

By making this list, I clarified what I needed to spend time on in order to maximize my earnings. When you stop doing the painful, unprofitable tasks, you can focus on the things that will make you money.

At first, it was difficult for me to pay someone else to perform minor tasks and part with my hard-earned profits. But after I did, I loved the freedom I had to do the things that I love while increasing my revenue.

Your "average" determines your trajectory

If it wasn't for the people I surround myself with, my business would have never happened -- and it definitely wouldn't have been successful. Motivational speaker Jim Rohn said, "You are the average of the five people you spend the most time with."

If you hang around with people who would laugh at your idea to start hustling, you need to make new friends.

I surround myself with people who are entrepreneurs and big dreamers. We formed a mastermind which meets on a consistent basis to challenge one another to reach our goals. We push each other to overcome our mental barriers to success and create plans to grow our businesses. If I was all by myself or, worse, associated with people who doubted my dream, I would have given up years ago.

If you like to join a mastermind, check out my free mastermind groups I organize every week or so. One person jumps in the hot seat and we push her or him to think bigger, overcome obstacles, and push their side-business forward.

When you force yourself to take consistent action toward your goal, you will see success. Don't kid yourself by thinking that the road to a successful business is a straight line -- the path is full of failures that will cause you to, at times, lose confidence and question your own sanity. But, when you think smart, delegate tasks and surround yourself with smarter people, you will make progress toward your goal.