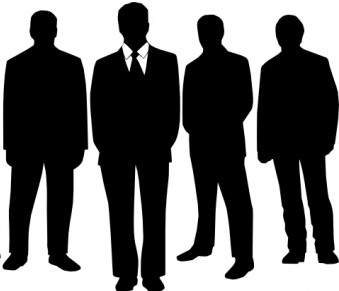 With the popularity of dating websites and services steadily on the rise, it's surprising that roughly 50% of American adults are single. If you're a woman among the "single and ready to mingle", you're likely to encounter a few men with issues that hinder progress towards being in the healthy relationship you desire. Taken from my own personal experiences and numerous coaching sessions with my clients, I've compiled a list of 4 of these "types" of men to avoid dating and how to recognize them quickly!

1. Mr. Mystery
He's the strong silent type. His air of mystery intrigues you and keeps you trying to figure him out. When you first meet he might ask a lot of questions about you, but after knowing him for a while, you feel like you don't know very much about him. He's unpredictable and vague about the details of his life. He answers questions with questions, avoids meaningful conversations and getting anything beyond basic info from him is like pulling teeth.
Why you shouldn't date him: Men who are super secretive aren't always hiding something major, but they do tend to not be the greatest communicators. If he's reluctant to open up to you about small things, it will be hard for him to open up about bigger things later on. That makes it hard to build intimacy with him which is essential to any good relationship.
How to spot him quickly: Ask him about the last couple of places he visited on vacation or the last 2 jobs he's had. These are safe topics that aren't intrusive so if he hedges on giving up the info, you might have a Mr. Mystery on your hands.

2. Mr. Ladies' Man:
He's bold in his approach has you comfortable and laughing in no time so before you know it, he gets the digits... or maybe even more. This is because he's a pro at getting what he wants from women. Most of his actions are tailored to his personal preferences, not yours and if he ever does consider you, it's probably a ploy to get something from you. He doesn't plan too far ahead to spend time with you, preferring to "play it by ear" i.e. fit you in when it's convenient for him. Because he gets a lot of attention from a variety of admirers, you feel special when you've won his affection for the moment. However, it really is for a moment because he's only into you when he's with you.
Why you shouldn't date him: As tempting as he is, the ladies' man is not looking for a commitment that lasts any longer than his last date with you.
How to spot him quickly: He guards his phone with his life and when you're together it's either ringing off the hook or completely out of sight.

3. Mr. Jealous
At first you're flattered by all of the attention he gives you. He wants to see you every day and every night if he can. He might call or text multiple times a day or even worse, multiple times in a row. This guy wants to know where you are, who you're with, what you're doing, when you'll be back and why none of this involves him! These kind of men tend to move relationships forward quickly and don't respect your boundaries or personal space. His main fear is that he'll lose you if he doesn't lock you down fast.
Why you shouldn't date him: Super jealous men have major insecurity issues. Their desire to control you is grounded in fear of you cheating, or leaving them because they feel inadequate in some way. Helping him work through this will be an exhausting process and is not your job to do.
How to spot him quickly: Be unavailable for a few days then watch the fireworks fly!

4. Mr. Magician
He dazzles you with extravagant dates and lavish outings. The connection you have feels magical, he constantly compliments you, spends a lot of time getting to know you and it seems like there's is nothing he won't do to woo you. This is all an illusion though, because the magic only lasts as long as the chase does. If you notice, he's careful to let all of his actions insinuate that he wants to be with you, but never actually says the words. As soon as you want a commitment, he'll give you the "we're just friends" speech possibly followed by his best trick of all...Poof! The disappearing act.
Why you shouldn't date him: He secretly doesn't really want a relationship... with you. He'll string you along as long as you let him, while he keeps searching for what he thinks might be a better option.
How to spot him quickly: Be clear about your expectations early on. Tell him that you expect a commitment within a certain amount of time of dating ( 6-7 weeks or whatever you decide) of regularly dating someone, then ask what his intentions are with you. *Note: If he says he's not looking for anything serious, believe him and act accordingly!)

To be clear, this list definitely doesn't include every kind of man to beware of, and to be extra clear (and fair) none of the types of men described are terrible people. What they all have in common though is that they're not emotionally ready for a healthy satisfying relationship with you. Your success in finding a great relationship improves when you pay attention to details, don't move too quickly and ask lots of important questions up front. With these tips you'll be able to navigate the dating scene with more confidence, equipped to choose the kind of man that will truly make you happy. Start using the "how to spot him quickly" tips now or as soon you suspect you've run into one of these guys. More than anything, stay positive, stay open and don't settle for less. The love you really want is on its way.

Christina Michelle currently resides in Los Angeles, California coaching women and hosting workshops in the areas of confidence, organization and relationships. Christina takes a direct, warm and caring approach to life and her career. She has a passion for writing and is currently authoring her first book entitled Just Get off the Plane, a self-empowerment book that teaches women how to break free from unhealthy patterns, equipping them to live the life they want and deserve. Learn more at http://www.lifecoachcm.com