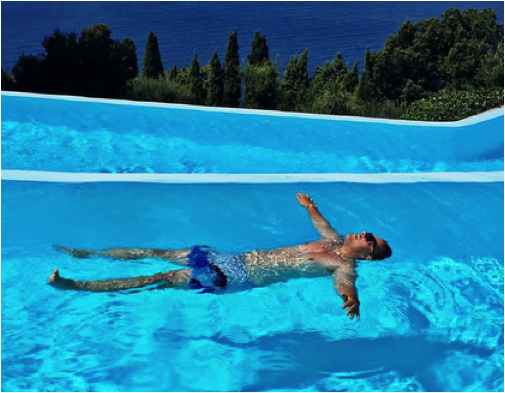 It might seem like I like to brag about my penny stock trading success on my popular Instagram account or about the results of my Millionaire Challenge trading program (which has produced two millionaire students so far - with more to come!), but deep down, I'm actually a big nerd.

You might not believe it, but I love learning. I love hearing from other people who have made it financially, and I love to be inspired by new books and new ideas. Recently, I came across a few of these in T. Harv Eker's fascinating book, Secrets of the Millionaire Mindset: Mastering the Inner Game of Wealth.

Not a millionaire yet? Wish you were? Then check out these lessons (and the rest of the book):

Have you ever met somebody who's down in the dumps, but blames all of their misery on factors outside themselves? You know, the person who's always whining about how much easier other people have it, or how they just can't get ahead because of their circumstances?

You know who doesn't talk like that? Millionaires. Rich people don't look at their lives as being the result of external forces outside of their control. They look at every challenge - at every roadblock that gets in their way - as an opportunity to become better and create more success. They don't believe life happens to them - they believe they create it themselves.

Take me, for example. I could have given up when my hedge fund - which was once ranked as the #1 short bias fund by Barclay for three years - lost 35% because I tried to invest long-term instead of actively trading. That loss stung, and I could have let it convince me that I was doomed to failure.

But I didn't. I didn't because I knew then just as well as I know now that I'm the one who creates my financial future. So what if I hit a little stumbling block at one point?

So far, as a penny stock trading teacher, I've had the chance to work with more than 8,000 students - many of whom have gone on to make five, six or even seven figure incomes from trading.

It's interesting to me to see what makes one student successful while another student fails. Sure, there are a lot of obvious factors, like the willingness to put in hours studying, but there are others that are more subtle. One major hangup in particular is that plenty of people join my Millionaire Trader Challenge without knowing what "success" actually means to them.

Here's why that's so important...

Student B, on the other hand, has a concrete goal with a pretty significant motivation. Because he's defined his success, he's ultimately going to be more motivated to reach it, since he knows what he's working for and when he'll have achieved it.

If you want to be a millionaire, get clear on what's motivating you and why. If your vision isn't crystal clear - like Student B's goal - you're not going to have the motivation needed to get you through the tough parts of penny stock trading.

"What you focus on expands."

Do me a favor... The next time you're driving around, count all the Mini Coopers you see. And the funny thing is, where you might have never noticed this iconic car before, you'll suddenly see that they're all around you.

That's the power of focus.

Effective traders know that success in trading requires epic levels of focus. You've got to be able to tune out the noise of all the hucksters out there trying to sell you trading strategies that don't work, and you've got to give your undivided attention to the charts so that you can spot the patterns that'll lead you to profits.

"You can have all the knowledge and skills in the world, but if your 'blueprint' isn't set for success, you're financially doomed."

I love this quote, even if the author didn't originally intend for it to be about penny stock trading.

Do you know how many people I've seen fail, all because they relied on strategies that were either outdated or poorly-suited to their trading styles, portfolio sizes or desired outcomes? I'll answer that one for you - it's tons. A huge number of people fail in their first three years as stock traders, simply because they're following the wrong plan.

I'll give you an example... In my DVDs and training programs, I focus on trading predictable stock patterns that'll help turn a small account into a large one. That's why my hedge fund failed when I tried to apply the wrong blueprint, and it's why I've recently started a new challenge on my blog where I'm attempting to grow a new account of just $12,415 (the same amount I started with originally) into a seven-figure portfolio (spoiler alert - it grew by 177% in under four months).

I'll give you a hint... If I treated my small account like a big one, there's a good chance I'd lose it all - and quickly. If I took the more conservative approach and invested like most financial advisors will tell you to, I'd still be sitting on a relatively small portfolio 30 years down the road. Neither of these outcomes is appealing to me, but they could both happen easily if I followed the wrong blueprint.

Ultimately, I can't tell you what blueprint is right for you. I follow the road map I've created because it's helped me take a small amount of starting capital and turn it into millions of dollars in trading profits - and it's done it fast enough that I can enjoy my wealth while I'm still young. Your needs might be totally different, but whatever the case may be, I urge you to make sure that the strategies you're using are the right fit for your investing needs.

If they aren't, it's time for a new teacher.