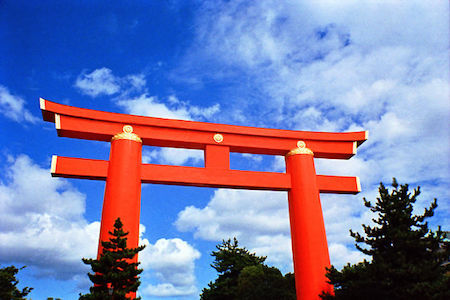 Previously, I wrote about 4 Things Women are Banned from Doing in Japan, part of the Women in Japan series I write for RocketNews24.

But guess what? That's not all we're banned from. Today, I bring you a few more things women are banned from doing in Japan.

Okinoshima is a tiny 0.7 square kilometer (70-hectare) island, a mere dollop of primary forest sandwiched between Korea and Japan in a 200-kilometer (124-mile) stretch of the Genkai Sea. The mysterious island is one of Japan's sacred places, and is inhabited by a goddess, yet women are banned from visiting. Women must worship from afar, typically from a neighboring island where they can look out Alcatraz-style from a building several kilometers away.

It's a wonder Japan would invite attention, and likely international criticism, by nominating Okinoshima and the related sites in the Munakata region for 2017 UNESCO World Cultural Heritage status. The good news, if there is any, is that in the event that Okinoshima does obtain UNESCO status, all tourists, male and female, will likely be barred from visiting the island in order to preserve its original sanctity as a remote place of worship.

According to the Imperial House Act, females of the household cannot become emperors. Although there have been female emperors in the past (as recently as 1770), such monarchs were unique in that they had no children, which is where the discrepancy lies. Females in the Imperial family lose their royal status if they don't marry another member of the Imperial family. Right now, with just 23 members in the Royal family, it is so small that the only choice for an Imperial heiress is to marry outside the clan. Since the world's oldest monarchy depends on blood lines of male progenitors' lineage, the Imperial House Act is unlikely to ever change this rule and instead seek ways around it. Concubines anyone?

3. Retaining a surname different from her spouse's

In Japan, the family registry system records all legal family relationships (births, deaths, marriages, divorces, adoptions, etc). In the case of a marriage, one spouse must legally assume the other's surname and be listed on that person's registry. Thus, two married Japanese people cannot maintain separate surnames. When a woman marries, she must either take the name of her spouse, or her spouse must take hers. There are certainly cases when the man takes his wife's name, but in the majority of marriages, it is the woman who is expected to take the husband's name. The family registry system is often cited as discriminatory towards women, who may want to retain their maiden names in the workplace for business or career reasons but are prevented from legally doing so.

Women have been banned from certain Shinto, Buddhist or Shugendo religious practices in Japan over the centuries, including participation in Kyoto's famous Gion Matsuri. While time and gender equality have helped change most of these denunciations, including the participation in the Gion Matsuri, there are still some Shinto and Shugendo rituals where the banning of women is still enforced. Mount Omine and Okinoshima Island are just two examples.

The banning of women hasn't always been a traditional part of Japanese society. Japan's native Shinto faith--where death and blood are dirty--gave rise to a tradition of purification rituals. Women began to be associated with impurity because of menstruation but this only crept into the religious ethos during the 1100's (Japan's Heian Period). According to Naoko Takemaru in her book "Women in the Language and Society of Japan: The Linguistic Roots of Bias," during the Kamakura Period (1185-1333), the idea that women were impure was extended to mean men were superior to women, a concept called danson johi that took hold among the samurai classes. But it wasn't until the Meiji Period (1868-1912) that it was widespread, serving to complement the introduction of the new patriarchal family system that made the eldest son the head of the household. This family system was abandoned after WWII but danson johi still manifests itself in likely places such as religious dogma and arenas where people traditionally already struggle for power such as in business and politics.

This is an abbreviated form of an article that originally appeared in RocketNews24. To read the full article click here.