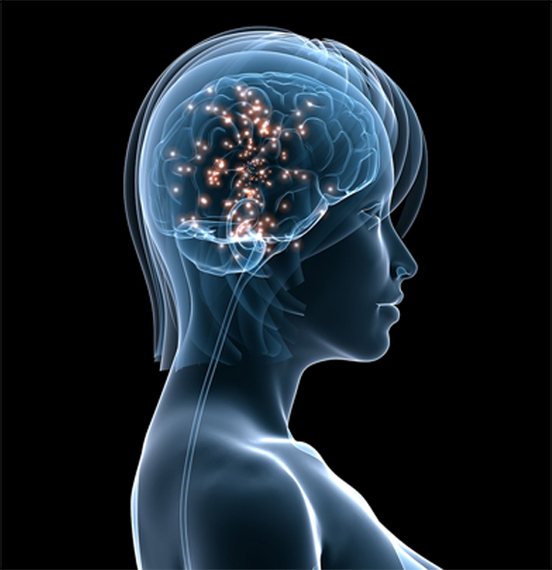 When it comes to concussions, there are two things parents want to know: How to determine if a child has one and how to make it better. During my experiences helping parents and patients seeking help for a suspected concussion, I hear many myths about both diagnosis and treatment. Here are four myths that can be a barrier to identifying a concussion and helping a child recover:

Myth #1: If you didn't get "knocked out," you won't have a concussion.

You don't have to lose consciousness to sustain a concussion.

Even if your child wasn't knocked unconscious by an incident, parents need to be aware and on the lookout for symptoms of concussion. Common symptoms include headaches, nausea and vomiting, sleeping more or less, and mood changes like irritability and depression.

And, as I wrote previously, concussions don't just happen while playing sports. About half the patients I see sustained a head injury in a car crash, fall or other accident.

Helmets are designed to prevent skull fractures, not concussions.

Children and teens should absolutely wear helmets during high-risk activities, but there are certain forces -- like whiplash or a rotational force -- that helmets can't protect against. There's simply no helmet that makes a child concussion proof. I encourage parents to be realistic about the risks of a knock to the head, even if a child is wearing a helmet.

Likewise, it is important to remember that a helmet can't prevent a person with a concussion from getting injured again. I often see teenagers in our Neurorehabilitation Concussion Clinic with serious symptoms of concussion: bad headaches and difficulty with sleep and schoolwork. They frequently ask, "Well, if I wear a helmet, can I return to playing soccer right away?"

The answer is always "No!" Hopefully we can help them to eventually return to the soccer field, but a helmet isn't going to prevent another injury while the brain is in a critical healing period.

Myth #3: The brain needs complete and total rest after a concussion.

After a concussion, many people are told to avoid any mental stimulation. The advice often suggests dark rooms and no reading, television or phone use. However, new studies suggest that a small degree of activity may actually help the brain recover more quickly.

Researchers studied two groups of kids with concussions. Those who took it easy for two or three days and then gradually returned to daily activities, like school, actually recovered more quickly than kids who were put on total rest for five days.

Our general approach is moderate and symptom-based. If a child can read a book without ill effect, then it's fine to read. However, if a child gets a headache after texting or using their phone for an hour, then limiting calls to only ten minutes at a time may help.

We expect that children will return to school with some lingering symptoms, which often worsen temporarily during the school day. There are common accommodations that can be put in place to help the child tolerate the school environment as their recovery continues. While it might seem intuitive to simply delay the return to school altogether, we want to avoid having kids get too far behind with their schoolwork, as the "catch-up" demands can further increase symptoms.

What parents really want to know is: Is my child going to make their concussion worse if they do too much too soon? I think the answer to that is no, with the exception of sustaining a second concussion before the first has healed. Known as second impact syndrome, it's something we want children and parents to take serious steps to avoid. After a concussion, children should not return to any high risk activity until they are cleared to do so by a physician or neuropsychologist.

Myth #4: Concussions all resolve in a week.

Every concussion is different, and each child is different. Some improve in a day or two, but it's not uncommon for it to takes weeks or months to recover from a concussion.

Many parents come to my clinic very concerned when a child's concussion symptoms haven't improved within a couple weeks. I reassure them that there are different timelines to recovery, many with the same healthy outcome. While the severity of the concussion does not indicate the recovery timeline, for kids who have symptoms lasting more than two weeks, additional evaluations from experts may be useful for managing demands and treating symptoms.