By Jacqueline Burt Cote for DETAILS. 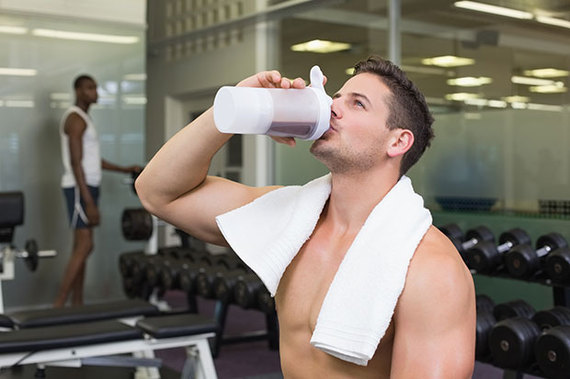 When it comes to the best way to work out, chances are you're on the right track--after all, there are trainers around the gym to give you tips, and no shortage of instructional YouTube videos for the at-home fitness enthusiast. But what about after your session? Are you still operating under the assumption that the same post-workout myths your dad believed are actually true? Here are several widely believed and not-quite truths about what to do when you're done exercising, debunked.

Having a beer after a workout will dehydrate you.

Should the bar be your first stop after you leave the gym? Probably not, but according to the latest research, knocking back a pint post-workout isn't as counterproductive as you might think: A study published in the Journal of the International Society of Sports Nutrition found that subjects who drank both water and beer after an hour-long run were equally as rehydrated as those who drank just water, suggesting that beer isn't quite as dehydrating as previously thought (probably due in part to the drink's, well, high water content). That said, if you're trying to lose weight, water is still the better option, says Joe Debaun, training manager at DavidBartonGym Uptown in New York City.

"Depending on what type of a workout you're doing, beer is basically going to put back the calories you just spent an hour trying to expend," he says.

Sports drinks are better than water for rehydration.

If you're one of the millions of people who reach for a neon-colored beverage with ade in the name after working up a sweat, you're not alone (as of 2013, Americans spend more than $5.4 billion on sports drinks per year). Unfortunately, you're also not necessarily making the right choice: Research shows that sports drinks aren't any more effective than water at preventing dehydration, and most varieties are also high in calories and sugar (some contain the equivalent of 10 teaspoons!).

"You definitely want to avoid processed sugar and sugar substitutes as much as possible," says Debaun. "Stick with water."

You should stretch before your workout, not after.

Guess your high-school track coach was wrong about a thing or two: Turns out stretching before a workout won't keep you from pulling a muscle after all; in fact, one 2004 study found that stretching before activities such as cycling, jogging, and swimming actually did nothing to prevent injuries. And, as Debaun points out, getting loose before you get active won't exactly make for the most powerful session.

"Stretching before a workout stimulates muscles to relax," he says. "So if you're gonna stretch, it's better to do at the end of a session."

You should eat something with protein within an hour after working out.

Myths regarding the "magic window" for protein timing abound, but research shows the opportunity for maximum protein synthesis following a workout doesn't narrow quite as quickly as many people think; according to one 2012 study by McMaster University, muscle protein synthesis may continue for 24 to 48 hours after exercising (as opposed to one hour, as commonly believed). So there's no need to slam a protein shake on your way out the gym door, though as Debaun points out, you don't want to wait too long after working out to eat, as this will cause your body to go into starvation mode.

"Your body will hoard energy and calories, and in the long term, your metabolism will slow down."

"There is a little bit more opportunity to digest carbs after a workout, so that's probably the best time of the day to eat them," he says.

And if you're in a pinch, there's nothing wrong with resorting to the aforementioned protein shake (or bar), he says, just be mindful of the calories you're consuming.

Just remember, "it's all about efficiency."

The Best Workouts for People Over 40