Below are some of the most common problematic statements - and what you can say (or not say) instead. 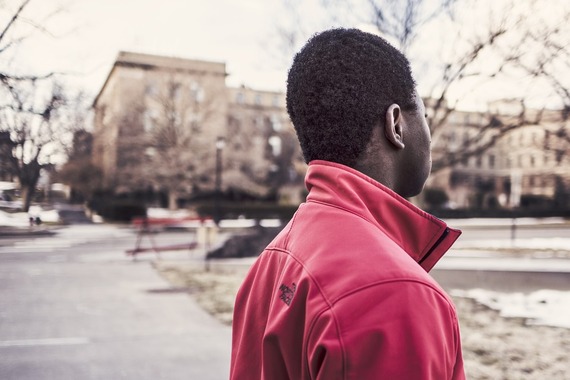 On the surface, this might seem like a harmless statement affirming that race doesn't matter to you one way or another. But what it's really doing is claiming that all of us are the same - which isn't true. Because even though we are all human and are all made of the same stuff, it is our responsibility to acknowledge that, since we do exist within a societal system of racism, the color of our skin can and does dictate the way each of us experiences life.

To state that there is no difference between a white person and a black person is to completely erase the black person's experience of oppression in today's society - and that's not helpful.

What to say instead: "Though I believe every human deserves equal rights, I recognize that people of color have had very different experiences of life than I have, due to the struggles they have endured based on the color of their skin."

Technically, yes - all lives do matter, and if you were to say this as a stand-alone statement, you'd be correct. However, the problem is that most of the time, this statement is uttered as a rebuttal to the unfortunately controversial Black Lives Matter movement.

Here's why it's problematic: by responding to a pro-black statement with an all-inclusive statement, you are effectively derailing the conversation and turning it into something it's not. By pretending that pro-black equates to anti-white, you are taking a discussion about empowering a marginalized group and making it about you.

Look, everyone already knows that white lives matter; that wasn't ever called into question, because our society is set up to recognize white people as the cultural norm. People of color, on the other hand, are most definitely not the norm, and they need these shoutouts. They need the social momentum that the Black Lives Matter movement is gathering. They need a platform upon which to discuss these issues. Would you respond to someone trying to raise awareness about paraplegia-inducing spinal cord injuries by asking, "But what about the people who can walk?" Enough. Just stop.

What to say instead: "Yes, black lives matter." And leave it at that. No 'but's.

3. "If racism is still a problem, how come we have a black president?"

This is basically an assumption that just because conditions have improved for the black community over the course of several hundred years, no one has any right to complain about the status quo. And that is utterly ridiculous.

It's equivalent to time traveling back to the 1950's and telling the people fighting to end segregation to quit bitching already, because slavery has already been outlawed - isn't that good enough?

While there's no denying that we've made a lot of headway since the back-of-the-bus days, there is also no denying that systemic racism still exists in modern society. All you have to do to see it is open your eyes, look past your own privilege, and listen to what the marginalized groups of people have been trying to tell you all along.

Oppression is a spectrum - not an either-or. Just because we have a black president and some high-profile black celebrities and cultural icons does not mean racism is over - and it does not give you license to discount the stories of black folks who have spent their entire lives experiencing racism in its many forms.

We have absolutely no business telling oppressed people what's "good enough" in terms of their equality. After all, the level of racism in this country won't be "good enough" until it's gone.

What to say instead: Nothing - listen instead of speaking. People of color have something to say, and until you can hear it without writing it off because their experience of life doesn't match your own, you have nothing of value to contribute to this conversation.

No, it's not - and here's why. Look at it as an equation: racism = prejudice + power. While it's true that anyone can hold a set of prejudices against anyone else, racism specifically implies oppression - and white people as a whole are not oppressed.

Prejudice generalizes; it makes judgments that are often premature or unjust. Racism, on the other hand, is a whole system of oppression - a cultural ideology that begins from a position of privilege.

Race-related societal privilege is something black people simply do not have. Therefore, reverse racism is nothing but a myth, created by white people who are unwilling to examine their own privilege - privilege society has afforded them simply because of the color of their skin.

To recap, because this is very, very important: black people can be prejudiced against white people, but they cannot be racist toward white people. Say it with me - reverse racism is not a thing.

What to say instead: Nothing. There is no good way to say this, because the statement is false and inherently damaging.

Happy Black History Month - let's keep the spotlight where it belongs and instead use our resources to make strides in the fight against racism.