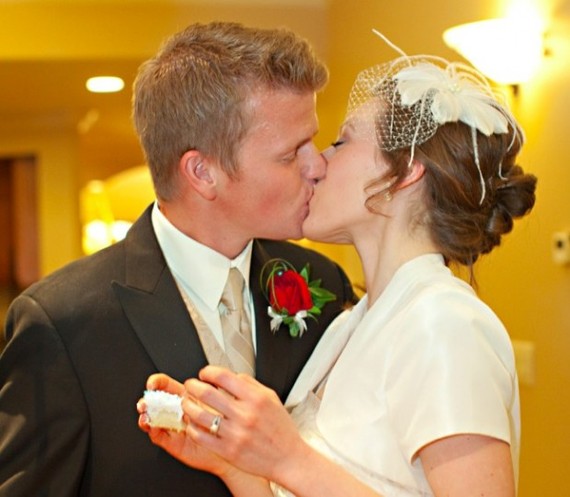 There is a powerful blog on the Huffington Post by Seth Adam Smith entitled "Marriage Isn't for You." At its essence Seth shows us all how to be vulnerable, authentic and emotionally raw in a manner that can make us better spouses and better human beings.

This insightful blog got me thinking about how often we prematurely throw in the towel on our marriages simply because we're thinking mostly about our own selfish fears, worries and concerns. What if Seth and Kim had called it quits? We might never have benefited from their growth as a married couple.

I offer four reasons to stick with it even if you've considered giving up on your marriage.

2) Re-entering the world of dating: Do you really want to begin the process of finding someone to trust, love and respect starting from scratch? If you've watched any of the popular reality shows you know the world is full of people who have, shall we say, relationship development opportunities (including me by the way). The grass is rarely greener on the other side.

3) The Kids: I know it's not en vogue to admit that many people are still married because of the kids, but it's a reality. Once children enter the picture every decision you make impacts the entire family not just the two of you. Therefore it's ok if your joint desire to care for the kids keeps you together during some rough patches. To be clear, I'm NOT saying that this is the only reason to stay in a marriage, but it is a massively important reason to remain in the game.

4) The person you married is still there: I don't believe that people get married so that they can get divorced. That would be dumb. Let's face it, we all take our spouses for granted from time to time. Try this, make a list of all of the positive attributes that led you to marry your spouse. If most attributes still exist, there is still hope in the relationship.

Seth, thanks for your courage to put yourself out there for the benefit of us all. Very cool and refreshing.

I leave you all with this quote from my book, 'There are no perfect marriages, only married people loving and growing together in spite of their imperfections.'

More:
weddingsRelationshipsrelationship advicemarriage advice
Newsletter Sign Up
A weekly guide to improving all of the relationships in your life
Subscribe to HuffPost’s relationships email
Successfully Subscribed!
Realness delivered to your inbox