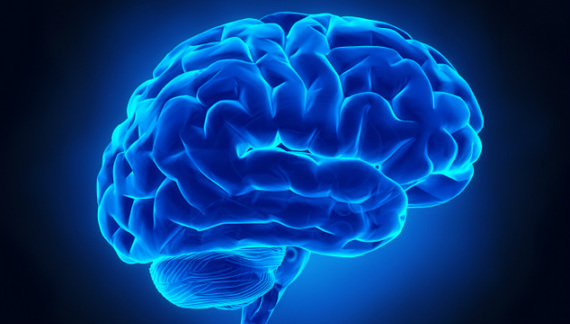 I think we can all agree that the human brain is amazing and that we are not using nearly enough of it. Some scientists throw around the stat that we use about 10 percent, but how do they really know?

What are humans really capable of doing? We get little glimpses from special people, whether they are autistic with the kind of brainpower depicted in the movie Rain Man or folks with higher than average IQ like Albert Einstein who are exceptional in one discipline like math or science. What if we could all unlock our true potential? What if we were geniuses from birth and just don't know how to tap the power?

Author and entrepreneur Roger James Hamilton says we all have great potential, but may not realize it or know how to unlock the secrets. In his book "The Millionaire Master Plan" Hamilton outlines four personality types that he calls geniuses. Outlined below is an excerpt from his book breaking down each character with strengths and weaknesses. You can also take the to find out which genius you are here.

Watch the full video episode as Hamilton breaks down his formula for success and how to unlock your own genius.

1. Dynamo genius:
Great at: Creation. They start and move things forward. They see the future more than anyone else. They succeed with their heads in the clouds and short attention spans.

Winning formula: Creating value through innovation, creativity, flair, and ability to get things started. They grow.

Losing formula: Consultation and relying on intuition. They are weakest at timing, service and sensing others.

2. Blaze genius:
Great at: Conversation and communication. They are all about relationships, putting people first, and telling stories.

Not so great at: Details. They are weak at analysis and detailed calculation.

Winning formula: Creating leverage through magnification. They ask the question, How can this only be done with me? They build their brand by growing relationships. They magnify.

Losing formula: Calculation. They get stuck when they try and multiply, growing through systems that work without them.

3. Tempo genius:
Great at: Staying grounded, dealing with lots of activity, being very hands-on, and requiring testimonials and referrals. Don't expect a creative plan from them. Do expect them to do what needs to be done on time.

Not so great at: Innovation, public speaking, strategic planning, and seeing the big picture.

Winning formula: Creating value through timing. They don't need to create anything if they know when to buy, when to sell, when to act, and when to hold.

Losing formula: Creativity. They are weakest when they try and innovate from a blank sheet, trying to create their way to success instead of using their natural senses.

4. Steel genius:
Great at: Calculation: Steels love handbooks, manuals and reading through the small print to understand and clarify all the information. Steels will take their time and get things right. They won't be rushed and will carefully create systems to build their flow.

Not so great at: Small talk and constant communication.

Winning formula: Create leverage through multiplication: Steels as the question, How can this be done without me? Through systems they make things simple and make many multiply.

Losing formula: Communication. Steels often suck the energy out of a Dynamo, and too much contact with Blaze can dull their sharp minds.