The year Sam started kindergarten, he turned 6 in October. He was one of the oldest children in his class, and he didn't know how to read. When he started first grade he was almost 7, and he still didn't know how to read. Fortunately for Sam, he entered first grade in 1999. And his teachers, Mrs. Gantt and Mrs. Floyd, didn't panic if a child didn't learn to read in kindergarten. In fact, they expected that most children would learn to read in first grade. (They also supported and encouraged children who learned to read easily in kindergarten, like Sam's brother Ben.) 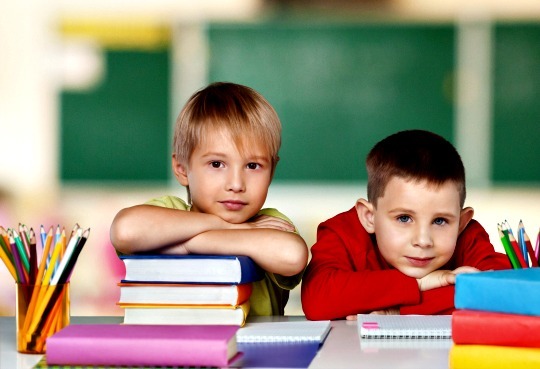 If Sam had started first grade this year, however, he probably would have been labelled as "slow" or "behind." Because the new standard is that children should learn to read in kindergarten. Even though most educators know that many children aren't ready to learn to read until first grade. Even though countries like Finland educate kindergarteners by allowing them to play, not teaching them to academic skills. And even though the new standard causes teachers, parents and even children themselves to worry that something is "wrong" if children aren't reading when they arrive in the first grade classroom.

But guess what? Sam wasn't "slow" or "behind," and neither are most of the other children who don't read in kindergarten. Sam became a fair reader by the end of first grade, and a good reader by third grade. By the time he reached high school he was an honors student. And last weekend, he graduated from college - with a 3.93 grade point average.

So what happens when education standards require that children like Sam learn to read in kindergarten and that teachers like Mrs. Gantt and Mrs. Floyd had better make it happen? Many educators say the result is ineffective and counterproductive classroom practices. Which means that many children actually learn and retain less than they would in a developmentally-appropriate kindergarten classroom.

Limited time for creative play. Young children learn by playing. They learn by digging and dancing and building and knocking things down, not by filling out piles of worksheets. And they learn by interacting with other children, solving problems, sharing and cooperating, not by drilling phonics. Mrs. Gantt and Mrs. Floyd created fabulous centers and units that allowed children to learn about everything from houses to trucks to pets to oceans. And they snuck in some reading and math skills that the children didn't even notice, because they were so busy playing and creating! Teachers today, however, often have to limit (or even eliminate) time for centers and units, because the academic requirements they are forced to meet don't allow time for creative learning.

Limited physical activity. Few things are more counterproductive than limiting recess and other types of physical play time for children. Children learn better when they move. Parents and teachers know this intuitively, but research also confirms it. Children who have more opportunities to run around and play have better thinking skills and increased brain activity. And don't assume that young children are naturally active and are getting all of the exercise they need; researchers have found that children as young as three and four are surprisingly inactive. Yet many schools are limiting or even eliminating recess, even for very young children.

Teaching that focuses on standards and testing. Teachers are increasingly under pressure to prepare their students to perform on standardized tests. This means that their focus is shifting from teaching children in ways that match their development and learning styles to "teaching to the test." As one teacher reported, "I have watched as my job requirements swung away from a focus on children, their individual learning styles, emotional needs, and their individual families, interests and strengths to a focus on testing, assessing and scoring young children..." This shift in focus means that teachers have less time to nurture and develop children as lifelong learners, because they're required to focus their efforts on standards that are unrealistic for many children.

Frustration and a sense of failure. Children know when they aren't meeting the expectations of teachers and other adults. What they don't know, however, is that those expectations often make no sense. And because they don't know that, they experience frustration and a sense of failure when they don't measure up. So the boy who thrived in his experiential preschool, but struggles in his academic -focused kindergarten may become frustrated to the point that he "hates school." And the girl who can't sit still for 30 minutes and fill out worksheets knows that she's disappointing her teacher, but doesn't know that the task isn't appropriate for her. Which means that many normal children are becoming frustrated - and are being labelled - by an entirely unrealistic system. As one report has bluntly stated, "Most children are eager to meet high expectations, but their tools and skills as learners as well as their enthusiasm for learning suffer when the demands are inappropriate." 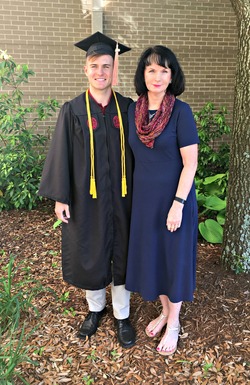 If your child is in kindergarten or first grade and hasn't yet learned to read, don't panic. Talk with his or her doctor about any concerns you have, but recognize that he or she is probably developing normally. If your child's school is pushing academics in kindergarten in place of play-based learning, talk with the teacher. Chances are, she's frustrated and under enormous pressure to get her students ready to "perform." If you're stuck with a kindergarten curriculum that seems unrealistic to you and doesn't fit your child (and assuming that changing schools is not an option), let your child know that you're not worried about reading in kindergarten (or even early in first grade). Talk about people who learned to read later (like Sam!) and are doing just fine. Then do things that promote real learning, like reading books he or she enjoys, playing games, teaching useful skills and getting outside as often as possible to have fun, be active and learn together.