Just when you thought a good roll in the hay couldn't get any better, it turns out sex could potentially also help you live longer. Here's how:

1. Orgasms can add years to your life.

Seriously. Lie back and think about this one. A 1997 study of over 900 men aged 45-59 found that men who reported more frequent orgasms (at least twice a week) had a 50 percent lower risk of death from coronary heart disease than their less-frequently orgasming (less than once a month) counterparts. The researchers say the findings can't exactly prove a causal relationship, but they did say there was "evidence of a dose-response relation across the groups."

Other studies have shown women who have more frequent orgasms during intercourse are more likely to live longer than those who don't. Researchers say it could be because a happy and healthy sex life can contribute to a happy and healthy relationship, which in turn can have a positive effect on your health.

2. It can make your heart healthier.

You might experience some feel-good emotions after sex, but sex actually also can contribute to better heart health. A 2009 study found that men who had sex two to three times per week had a much lower risk of developing heart disease than men who had sex just a few times a month or once a month. Heart disease is the number one cause of death for men and women in the U.S.

Sex is good for heart health because it gets your heart rate up, and has also been shown to help lower your blood pressure. Oh -- and it's a moderate form of exercise, burning about 150 calories per hour. But don't think that means you can skip the gym.

3. It can help you sleep better.

Inadequate sleep can cause a long list of health problems, from heart troubles to diabetes, to depression and even early death. Besides the fact that you're on your comfy bed and feeling totally relaxed with your partner, the act itself releases a number of feel-good brain chemicals, including serotonin, oxytocin and prolactin. Prolactin is linked directly to sleep -- men who have lower prolactin levels won't feel nearly as sleepy and might even have a shorter refractory time.

So if you're having trouble sleeping, you should give it a go more often. You know, for your health and all.

Stress gets to all of us at some point. Whether it's the stress of a hectic commute, juggling different responsibilities or worrying about the future, we all feel it from time to time. But if not managed, it can lead to a number of serious health problems, including weight gain, sleep problems, and heart disease, all of which can have serious long-term consequences and potentially cut your life short. Oh -- and it can also lower your sex drive.

In addition to giving you a quick cardiovascular boost and helping you get better sleep, sex helps lower stress by flooding your brain with endorphins that bust stress and boost your mood. It also releases oxytocin -- the "love hormone" which helps soothe pain. Plus, you'll feel closer to your partner, which is always a reassuring feeling. 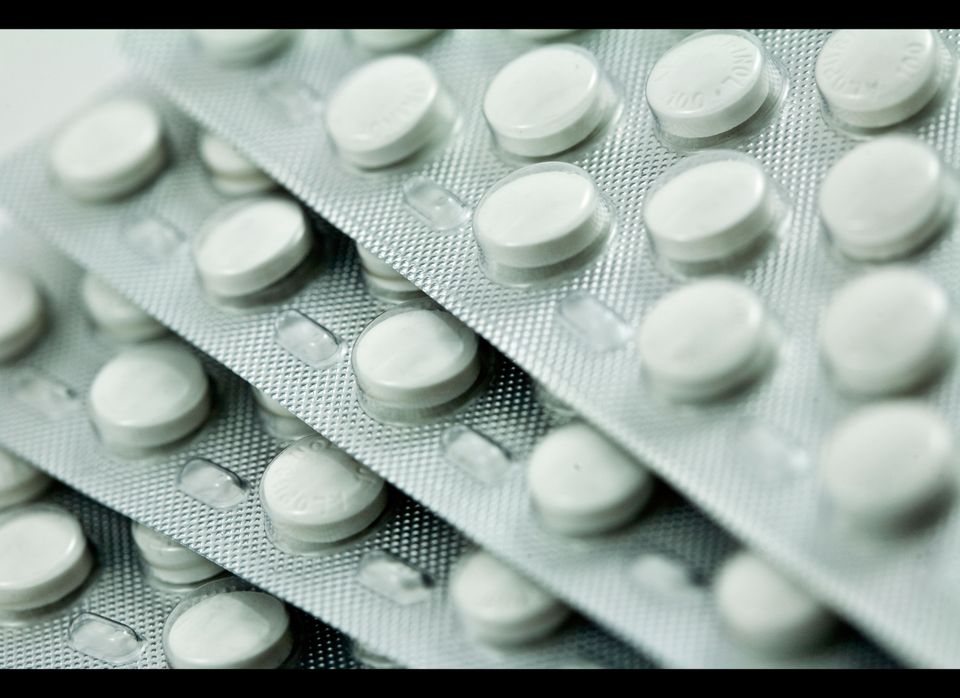 1 / 14
Culprit: Medication
"Medications that are prescribed for stroke issues and heart issues can have devastating effects on sexual functioning," explains Dr. Janice Epp of the Institute of Advanced Study of Human Sexuality. In addition, researchers have found that a family of <a href="http://www.springerlink.com/content/0483x4276q80417q/" target="_hplink">antidepressants known as selective serotonin reuptake inhibitors (SSRI) can take the winds right out of your sails</a>. These drugs include brand names such as Prozac, Zoloft and Paxil.
Alamy