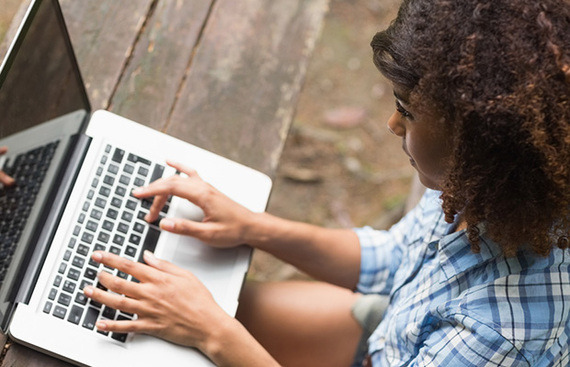 By Amanda Woerner for Life by DailyBurn

It's the middle of the workday and you've officially entered zombie mode. You're staring aimlessly at your computer scream, as your eyelids hang heavy and your brain feels sluggish. And all you can think is: Must. Get. Coffee.

Hold up, though. While your first instinct might be to caffeinate ASAP, you might get away with doing (and spending) less. In fact, that late afternoon cup might keep you up at night, leaving you in the same place this time tomorrow.

Whether you're sleep deprived, experiencing low blood sugar or simply need a break from your computer, there are many ways to rev your energy in less time than it will take you to get to the nearest Starbucks. "Sometimes it's just a matter of increasing blood flow to the brain and to the body," says Anne Milasincic Andrews, Ph.D., the Shirley M. Hatos Endowed Chair in Clinical Neuropharmacology at the University of California, Los Angeles.

Rather than give in to your cold brew cravings, try these easy mental tricks next time you're nodding off in front of an Excel spreadsheet.

4 Ways to Stay Awake Without Caffeine

1. Watch A Viral Video
Pausing your day to watch a bunch of kids do the Whip/Nae Nae could actually make you feel more alert (plus...it's amazing). That's because tuning in to something entertaining helps you lose that zoned-out feeling you get when you've been staring at your computer screen for too long, Andrews says. "Changing your focus for a few moments, engaging in something pleasurable -- even if it's a mental activity -- can break that mesmerization," she says.

If you're addicted to Candy Crush, playing for a few minutes can help perk you up, too. "Switching your focus to any kind of other activity, be it visual or another stimulatory activity that you find pleasurable, will be enough to improve alertness," Andrews says.

2. Drink a Glass of Water
If you're working out nearly every day, it might not just by muscle fatigue that's slowing you down. "I think that dehydration probably is under-appreciated, particularly for people who are regular about exercise," Andrews says.

Being dehydrated can actually affect the way blood moves to your brain. "One of the main systems that feels the effects [of dehydration] is blood volume, and when blood volume is decreased you may be getting reduced blood flow and nutrients to the brain," Andrews says. Pausing to down a glass of water might be just the wake-up call you need.

3. Go Outdoors
Sure, taking a stroll around your office will probably help you shake the urge to snooze, but hitting the streets is even better. "Certainly getting outside and raising your heart rate a little more and exposing yourself to sunlight can even be more effective for some people in terms of improving alertness." Some research indicates exposure to light can improve mental awareness, Andrews adds.

And even if you only have a few minutes, that could be enough. "You probably only need brief physical activity to break that effect of sitting still and focusing," Andrews says.

4. Pop a Mint
If you're like most people, you know the afternoon can be a danger zone for snacking. "Your blood glucose will reach its lowest point about three hours after a meal, so you can imagine that time period is a collision of effects for many people," Andrews says.

Before you reach for a cupcake, consider your alternatives. "Something as simple as putting a mint in your mouth can be enough to counteract that zombie-like feeling you get late in the afternoon, once again, just having sensory stimulation," Andrews says.

But What If You Still Want Coffee?

Simply can't wake up? You're probably sleep deprived, Andrews says. "All of these things we've talked about are really to combat problems with psychological alertness, but none can overcome chronic sleep deprivation," she notes.

You might need to seriously commit to getting more shut-eye. "People are just staying up too late, they get up to the alarm clock every day and by Friday they are down as many as 10 hours of sleep," Andrews says. "And that's really going to effect your performance, athletically, physically and mentally."

More from Life by DailyBurn:
How to Stop Food Cravings in 10 Minutes or Less
6 Signs That You're Exhausted (Not Just Tired)
How Bad Is Booze, Really? 6 Crazy Facts About Drinking Alcohol

Wake Up Without Coffee

Rather than give in to your cold brew cravings, try these easy mental tricks next time you're nodding off in front of an Excel spreadsheet.