In a previous article, I discussed the fact that the U.S. is an outlier regarding incarceration rates, having a rate that is about 7 times the amount of typical OECD countries (the OECD is an international organization comprised of 34 countries, representing many of the wealthier countries in the world). Some people wondered whether the U.S's extraordinarily high incarceration rate is a reflection of a much higher underlying crime rate. In general, measuring crime rates is problematic due to the fact that most crimes are highly underreported. In fact, the phrase the "dark figure of crime" was coined to describe the amount of crime which is unreported or undetected -- for example, national citizen surveys like the British Crime Survey have estimated that the crime rate that is about twice as high as the officially recorded crimes rate.

So, the underlying national crime rates, a critical factor in the incarceration rate, is poorly measured or understood. Other factors that contribute to incarcerations such as the crime reporting rate, the arrest rate, differences in laws (for instance drug laws, repeat offender laws), sentencing policies also vary across countries.

One factor that we can measure reasonably accurately is a country's policy towards capital punishment since national policies are readily accessible and, for some countries, the number of prisoners executed is routinely published. Capital punishment, the most extreme example of judicial punishment, shows major variations across countries and between states within America. When we review the data, we see that capital punishment is another area where the U.S.'s justice system is again very distinct from most wealthy countries.

If we look at this from a more political lens, we also see that the U.S. is an outlier. Of the 26 countries that were categorized as free according to The Economist's Democracy Index only the U.S. and Japan had performed executions in 2010 (8% of countries classified as free). This can be contrasted with the nearly 25% of countries classified as authoritarian that performed executions in 2010.

Within the U.S., there is a large degree of variation in the legality and use of capital punishment. For example, of the 46 executions that occurred in the U.S. in 2010, 17 were in Texas, 8 were in Ohio and 5 in Alabama meaning that these 3 states comprised 65% of the executions in the U.S. but make up only about 13% of the population. In 16 states (plus Washington DC) the death penalty has been abolished .

Many people question whether the death penalty impacts crime rates by asking questions like "does capital punishment serve as a deterrent?" Others challenge the morality of capital punishment, especially given the concerns about false imprisonments. In this article, I am not looking to explore those questions, but rather to simply observe that the legal position of many U.S. states towards capital punishment distinguishes it from most other wealthy or democratic countries. This of course opens up more questions including fundamental ones: Why exactly do large parts of the U.S. have very different practices towards capital punishment than most of the developed/democratic world? Why are there still major racial disparities in the application of the death penalty? 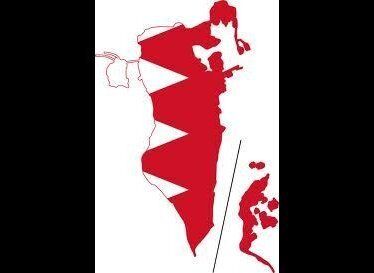 1 / 4
Bahrain
Bahrain had 1 execution and 1 death sentence in 2010. Bahrain is an island nation of about 1.2 million people with an economy driven mostly by banking and petroleum revenues.