It's time to raise awareness around new initiatives women are taking to help their female counterparts achieve their goals and feel empowered. The concept of women helping other women benefits both parties, while demonstrating just how powerful a force females can be when they support one another.

Four women in particular are going the extra mile to encourage females everywhere to pursue their dreams. Here is what these women are doing to support their peers.

Sheryl Sandberg - "Together Women Can"

Facebook executive and Founder of LeanIn.Org, Sheryl Sandberg, recently launched "Together Women Can," a new campaign aimed at encouraging women to be mentors and powerful allies for other women in the workplace. During her exclusive interview with ABC news, Sandberg mentioned that there are small changes that can be made in the workplace that will allow women to help their female counterparts.

For example, acknowledging the work of a female colleague can help women shine a light on their peer's professional efforts. Standing up for a woman coworker can also help her voice be heard throughout an organization. For instance, if your coworker was interrupted during a marketing pitch, you could politely say that she was not done with her presentation. Small changes such as these make a big difference for women in the workplace.

"So many women are lending their voices to this campaign because they have benefited firsthand from the support of other women and know what a difference it can make," explains Sandberg. "When women work together, we accomplish amazing things."

To participate in the campaign, women are encouraged to celebrate the women who #LeanInTogether with them on social media or to post "Together women accomplish amazing things using the hashtag: #LeanInTogether."

Not only has Arianna Huffington created a platform that has allowed myself and many other women (and men) to have our voices heard, she is also a big supporter of "leaning in" and having women help each other succeed.

Sheryl Sandberg recently interviewed Arianna Huffington, asking what advice she would offer for women wanting to lean in and make a difference. Arianna explained that women have to lead the way in changing how workplaces are structured. This shouldn't be done by "outdoing" men in terms of success, yet should be accomplished by taking time to "lean back" and be ourselves in order to advance. Getting enough sleep, taking care of oneself and listening to your intuition can help women find their own voice to empower themselves and others in the workplace.

Christian Vera - "Empowering Ourselves and Each Other"

Christian Vera is the perfect example of a woman who has worked her way to the top through motivation and asking others for help. The Famous Actress and TV Host of ABC's viral videos program, RightThisMinute, moved to Los Angeles on a whim and found success along the way. It was only a matter of time before Christian became a reporter, host for E! News Now and a red-carpet correspondent at the Grammys.

Christian recently spoke at a "Hacking Gender Equality" event held in San Francisco, which was hosted by the founders of Life Hacking San Francisco, Clayton Wood and Amanda Craven. During this inspiring gathering, Christian shared her advice and life experiences that helped her achieve success.

"Find role models whom you identify with. Many women throughout the years have inspired me. Perhaps the one I identify with the most is Nely Galan. She was the first person I ever heard say, 'be your own prince charming!' I loved this because that is how I had felt my entire life. Find people whom you admire in your own communities and ask if they'll act as your mentors. Mentors will be a key to your success because they can provide advice and knowledge based on their own trials and tribulations, "Christian said.

Christian also spoke about the need for women to stop comparing themselves to other women.


"I think it's so important that women stop making comparisons amongst themselves. I've seen social media posts that say something along the lines of, 'real women have curves, are skinny, have muscles, ride horses, etc...' But we are ALL real women and we have to start appreciating ourselves exactly as we are. We all have something unique to bring to the table. Can you imagine a world in which we use our strengths to empower ourselves and our communities," Christian noted during her presentation. 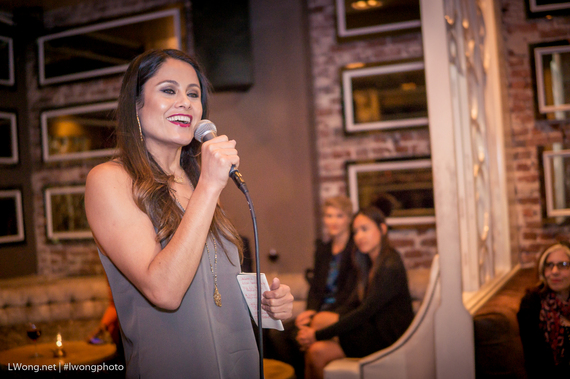 Crystal Valentine is the Vice President of Technology Strategy at MapR Technologies and a tenure-track professor in the Department of Computer Science at Amherst College. She is extremely familiar with the notion that women should encourage other women to pursue their goals.

Crystal explained that she is optimistic for the possibility of change in today's gender gap, especially when it comes to getting more women involved in the big data sector and computer science field.

"Over the past two years at Amherst College, I was the only female professor in my department. My colleagues and I decided to implement a simple strategy for changing the perception women had of computer science. Research shows that women mainly opt out of computer science because it is perceived as being hard or boring, and there are never as many women present in the classes as there are men. In order to make computer science more appealing for women, we decided to streamline and separate the students who have experience from those who were just beginning. This made computer science more approachable for entry-level students. We also changed the assignments to be more appealing, allowing students to choose from programs in different application areas, ranging from computational biology to sports analytics, so the material was more engaging. Finally, Amherst College made an institutional commitment to support a student trip to the Grace Hopper Celebration of Women in Computing," Crystal said.

The subtle changes that Crystal and her colleagues implemented at Amherst College have already made an impact. As a result, more than 50 percent of the students pre-registered for their computer science courses are women (there are now more women than men signed up). In this case, a little encouragement from a leading female figure goes a long way. 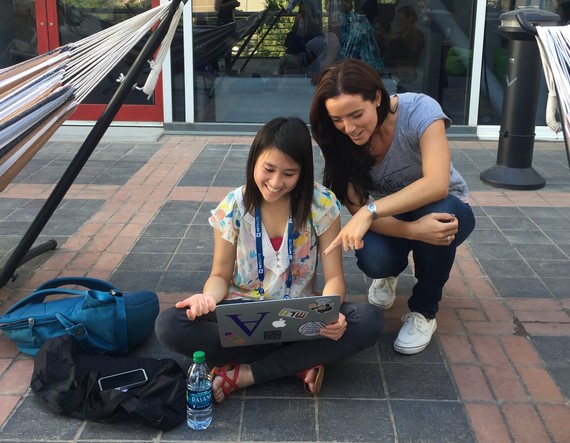 Women Are Key For Empowering Women

Each of the women mentioned above are taking steps that demonstrate just how powerful women can be when they join forces. I hope that in future there will be more women voicing their opinions in the workplace, in academia, during social events and in other ways that will encourage females to follow their passions and voice their opinions by supporting one another.