There are nearly 450 nuclear reactors in the world, with hundreds more either under construction or in the planning stages. Imagine what havoc it would wreak on our civilization, and the planet's ecosystems, if we were to suddenly experience not just one or two nuclear meltdowns, but 400. In this article, you will come to understand that unless we take significant preventative measures, this Apocalyptic scenario is not only possible, but probable.

Over the past 152 years the Earth has been struck by at least two naturally occurring severe geomagnetic solar storms of such a magnitude that if they were to occur today, in all likelihood would initiate a chain of events leading to catastrophic failures at most of our world's nuclear reactors. During the Great Geomagnetic Storm of May 14-15, 1921, brilliant aurora displays were reported in the Northern Hemisphere as far south as Mexico and Puerto Rico, and in the Southern Hemisphere as far north as Samoa. Just 62 years earlier, an even more powerful solar storm, referred to as "The Carrington Event," raged from August 28 to September 4, 1859.

Solar storms occur when the sun launches a huge mass of charged plasma directly towards the earth, in what is commonly referred to as a "coronal mass ejection" (CME). Since we are headed into an active solar period, much like the one preceding the Carrington Event, scientists are concerned that conditions are ripe for the next extreme "geomagnetic disturbance" (GMD). 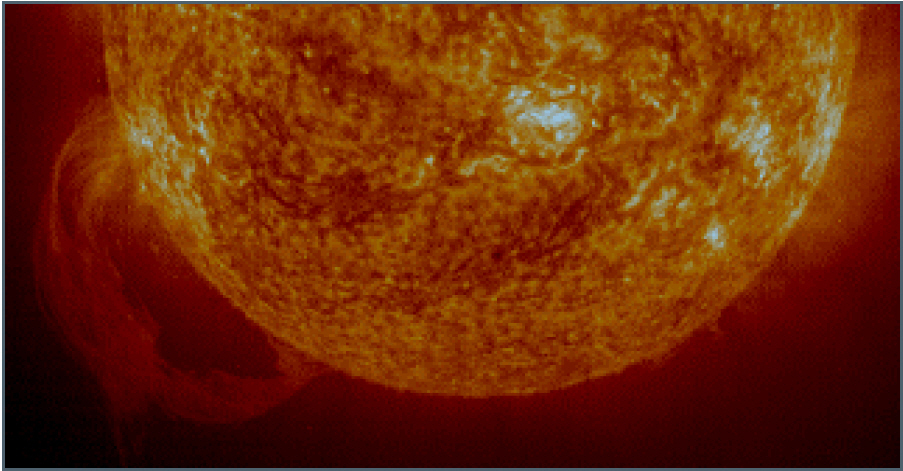 The extreme GMDs of 1859 and 1921 induced massive current and voltage spikes in telegraph and power lines, disrupting telegraph communications over much of the planet while sparking numerous fires in and around telegraph equipment. Prior to the advent of the microchip, most electrical systems were relatively robust and resistant to the effects of GMDs. Given the fact that a simple electrostatic spark can fry a microchip, and many thousands of miles of power lines tend to act as giant antennas for capturing massive amounts of GMD spawned electromagnetic energy, the electrical systems of the modern world are far more vulnerable than their predecessors. 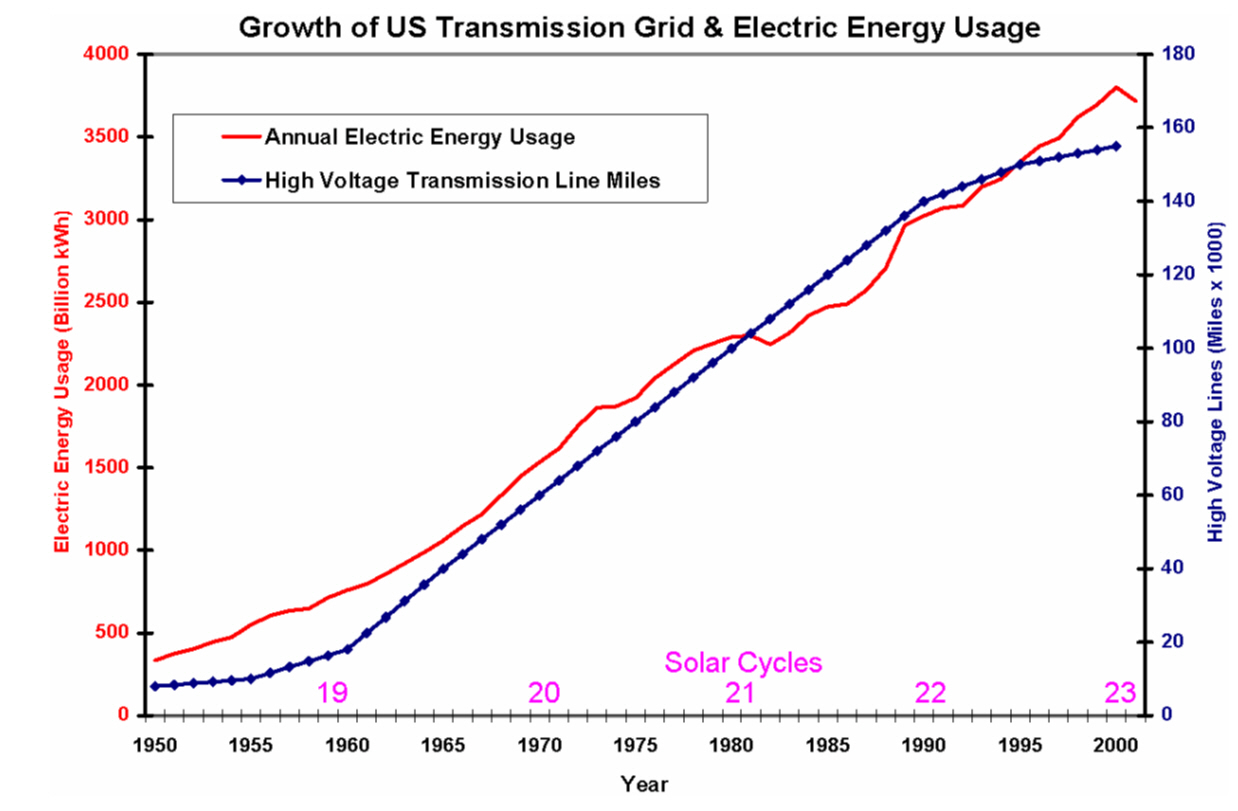 A growing number of scientists and engineers have become concerned about the vulnerability of both the grid and modern microelectronics to debilitating damage from severe electromagnetic disturbances. These could come either in the form of naturally occurring extreme GMDs, like what occurred during the 1921 and 1859 super solar storms, or an electromagnetic pulse (EMP) resulting from the deliberate detonation of a nuclear device at a high altitude above the earth. Since the most recently recorded extreme GMD last occurred in May of 1921, long before the advent of modern electronics and nuclear power plants, we are for the most part blissfully unaware of this threat, and totally unprepared for its consequences. However, a small but growing number of scientists and engineers have come to realize that the next extreme GMD may very well cause a chain of events so severe in nature that the result would be the end of the world as we know it.

The federal government recently sponsored a detailed scientific study to more fully understand the extent to which critical components of our national electrical power grid might be affected by either a naturally occurring GMD or a man-made EMP. Under the auspices of the EMP Commission, the Federal Emergency Management Agency (FEMA), and the Oak Ridge National Laboratory, Metatech corporation analyzed the effects on the U.S. power grid of an extreme GMD equal to the 1921 super solar storm. The Metatech study predicts that massive current and voltage spikes induced by an extreme GMD would fry more than 350 "Extra High Voltage" (EHV) power transformers in the continental U.S. and possibly well over 2000 EHV transformers worldwide. Since these massive transformers are critical to the operation of our electrical power grid, their loss would be devastating.

EHV transformers are custom designed for each installation and are made to order, weighing as much as 300 tons each, and costing well over a million dollars. There is currently a three year waiting list for a single EHV transformer (recent demand from China and India caused lead times to stretch from 1 to 3 years), and the total global manufacturing capacity is roughly 100 EHV transformers per year. Given these facts, if a thousand or more of the world's EHV transformers were to be destroyed during a single geomagnetic storm, it would take years, and possibly decades, for much of the world to recover from such an event. 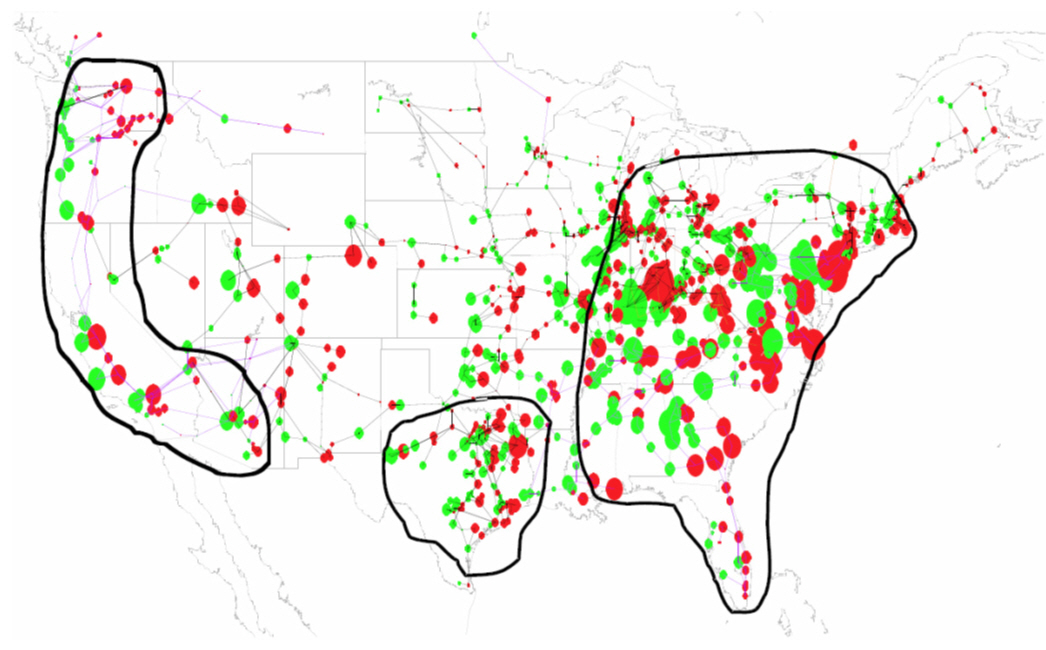 Figure 3. Severe geomagnetic storm with a 50 degree geomagnetic disturbance scenario. The above outlined regions are susceptible to system collapse due to the effects of extreme GMD disturbance

The implications of widespread long-term grid collapse seem even more ominous once one realizes that the world's nuclear power plants are totally dependent upon a steady supply of electricity to power the cooling system pumps for both the reactor cores as well as well as nearby "spent fuel ponds" where decommissioned reactor fuels rods are stored. Due to lack of a permanent repository, these fuel containment ponds are greatly overloaded and tightly packed beyond original design. Typically surrounded by common light industrial buildings, with concrete walls and corrugated steel roofs, the average spent fuel pond contains the accumulated fuel rods from ten or more decommissioned reactor cores.

Reactors are designed to automatically disconnect from the grid, and start shutting themselves down, whenever they are subject to severe grid anomalies or local blackouts. Backup electrical power generators are required at every nuclear reactor to provide power for the reactor's cooling systems in the event of a local blackout or an emergency reactor shut-down. In the U.S., since it is assumed that grid blackouts will last for a few days at most, our nuclear power plants are only required to store enough fuel on hand to keep the backup generators running for one week.

It was a short-term cooling system failure that caused the partial reactor core melt-down at Three Mile Island, and Japanese officials claim it was not direct damage from Japan's 9.0 magnitude Tohoku Earthquake that caused the Fukushima Daiichi nuclear reactor disaster, but the loss of electric power to the reactor's cooling system pumps when the reactor's backup generators were wiped out by the ensuing tidal wave. In the hours and days after the tidal waves shuttered the cooling system, the cores of reactors number 1, 2 and 3 were in full meltdown and released hydrogen gas, fueling explosions which breached several containment vessels.

A few days later, lacking cooling system circulation, the protective water bath boiled away from Fukushima's spent fuel pool for reactor No. 4. Had it not been for heroic efforts on the part of Japan's nuclear workers to replenish waters in this spent fuel pool, these spent fuel rods would have melted down and ignited their zirconium cladding, which burns like a magnesium fire. A zirconium fire in one of the spent fuel pools would have the potential to spew far more radioactive contamination than has been previously released. Japanese officials have estimate that the Fukushima Daiichi nuclear disaster has released to date just over half the total radioactive contamination from Chernobyl, but other sources estimate it could be significantly more radiation than was released by Chernobyl.

Preventing Armageddon The congressionally mandated EMP Commission studied the threat of both EMP and extreme GMD events, and they made recommendations to congress for a plan that would insure the survival of the grid and other critical infrastructures in either event. John Kappenman, author of the Metatech study, estimates that it would cost on the order of $1 billion to protect our grid's extra-high voltage (EHV) transformers from either EMP or extreme GMD, and to build stores of critical replacement parts in the event that some of these items were inadvertently damaged or destroyed. Kappenman estimates that it would cost significantly less than $1 billion to store at least one-year supply of backup generator fuel at each of our nuclear facilities, and to store sets of critical spare parts, including generators, inside steel EMP-hardened containers to be available for quick change-out in the event that any of these items were damaged by an EMP or GMD.

For the cost of a single B-2 bomber, or a tiny fraction of the TARP bank bailout, we could invest in preventative measures to avert the potential end of our civilization and life as we know it. There is no way to protect against all possible effects from an extreme GMD or EMP attack, but certainly we could implement measures to protect against their worst effects. Since 2008, Congress has narrowly failed to pass legislation that would implement at least some of the EMP Commission's recommendations.

For more than 50 years, the US Army Corps of Engineers knew that New Orleans was a disaster waiting to happen, and they made plans for rebuilding the aging system of inadequate levies, but those plans were never implemented. Have we learned nothing from the wholly preventable flooding of New Orleans? Will we continue to ignore facts and pretend that "everything will be OK" while our world drifts towards the next inevitable extreme GMD? This time, failure to prepare will not just mean the loss of a major city, but will lead to the end of the industrialized world as we know it, along with incalculable suffering, death, and environmental destruction on a scale not seen since the extinction of the dinosaurs some 65 million years ago.

We have a long ways to go to make our world EMP and GMD safe. Every citizen can do their part to push for legislation to move towards this goal. We must work inside our homes and communities to develop local resilience and self reliance, so that in the event of a long term grid-down scenario, we might make the most of a bad situation. For more information, or to get involved, see http://empactamerica.org/ or http://survive-emp.com/, and contact your congressman at http://www.contactingthecongress.org/.

Matthew Stein is the author of When Disaster Strikes: A Comprehensive Guide for Emergency Planning and Crisis Survival, and  When Technology Fails: A Manual for Self-Reliance, Sustainability, and Surviving the Long Emergency from Chelsea Green. For more information, visit chelseagreen.com and whentechfails.com and matstein.com.