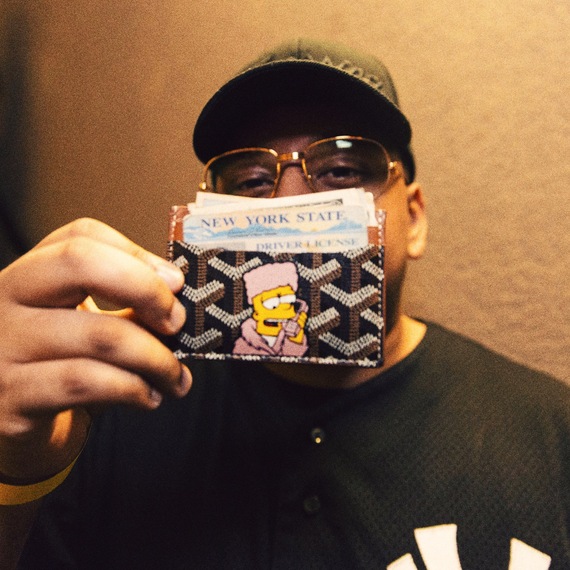 The emergence of social media platforms such as Vine, Twitter and Instagram has made it incredibly easy for just about anyone to become a superstar in their own right. However, very few have been able successfully finesse this arena into a well-known, long lasting and respectable brand. Joel Fuller of Bronx, New York, better known among his loyal followers as 40oz Van, learned the power of social media haphazardly early on in his budding epochal career.

The New York City native's social media accounts boasts over 123,000 Twitter followers and almost 66,000 Instagram followers. Not to mention the thousands of Tumblr re-posts he receives for user-submitted photos of beautiful girls showing off their assets to which he then geniously injects his 40oz NYC fashion apparel collection. The engagement he receives on social media is nonetheless incredible and cannot be bought.

Utilizing Facebook, in 2009 Van launched the 40oz Bounce as a legion of exciting backyard, barbeque-esque parties in Washington Heights with about 25 of his friends, which then swelled to an unsurmountable 10,000 attendees in 2012. This surge in attendance caused one of the world's busiest subway systems to shut down while NYPD helicopters swarmed the park.

"Through social networking and our social media accounts the cops were able to follow the address and the trail. When I got there they were like it's not happening tonight. There was a flood of people. The whole subway got shut down. The westside highway got shut down. The 1 train got shut down and it pretty much shut down the 40oz Bounce in the middle of the street. That was kind of crazy. The fact that I knew the cops were on my trail like that I had to chill for a little bit and figure out how to do it the right way. It's not a good feeling to get shut down. Just seeing that many kids coming out. It's not a good feeling."

That was nearly four years ago and the party continues. The 28-year old entrepreneur has been able to curate and maintain the brand for himself and for his 40oz NYC collection that can be seen on all walks of life including A-list celebrities such as Justin Bieber, Rihanna, Kendrick Lamar and Cara Delevingne. 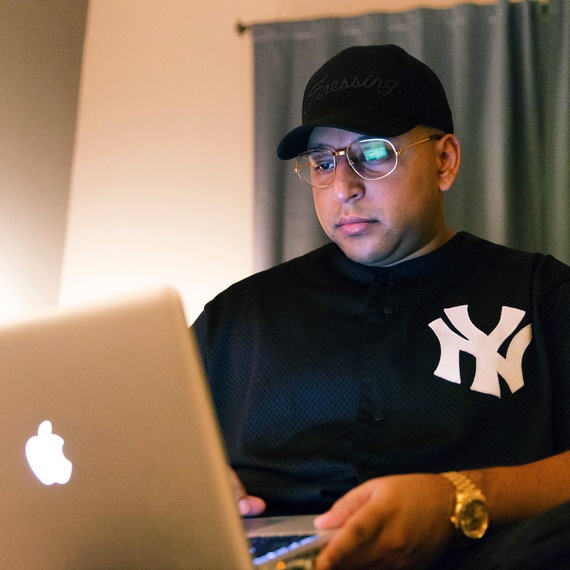 This all was made possible using Facebook, Tumblr and Twitter. Van literally started from the bottom after quitting his retail job at Banana Republic. He was able to create a brand and a successful business while utilizing these free platforms to create a life for himself that one could only dream of.

"I worked at Banana Republic. After that I quit and I wasn't really doing anything. I was just downtown connecting dots figuring out how to make money doing things I wasn't supposed to be doing and I ended up doing the hats. So once the hats started getting popular I just ran with that and turned it into something of a business."

With the help of 22-year old Devin Cobbs, who suggested Van take the 40oz Bounce parties on the road, the brand has reached an inconceivable new level. It's duplication by other party-throwers inevitably cannot be resisted. They are currently set to travel across America to throw parties in every major city welcoming them including Los Angeles, Chicago, Dallas, Cleveland and whatever city their followers suggests. Party-goers in London, Toronto and Japan can also look forward to enjoying a 40oz Bounce in their country in the near future as well. Thanks to his biggest weapons, Devin and 40oz Bounce's Logistic and Partnership Manager, Corey Kamenoff, all it takes is a simple tweet, a couple of emails, a couple of texts and 40oz Bounce is in your city.

So how does Mr. Fuller do it? Remaining humble and staying connected to the people that helped elevate his brand to the level that it's at.

"It's just hood finesse. I think it's because I am just good at translating it into what I learned from the outside. On top of that just seeing how I see it as a consumer. I want to feel like I am actually buying something or selling something. Like this is how it should be done and how it's going to be done. Versus a textbook from class and sticking to a certain formula. I have an unorthodox formula of marketing."

"I just walk into [a 40oz Bounce] like a regular person. I'm not there when the doors first open. I am literally that person who you will see and would think I am a guest there. I'm always in the cut. I'm never on stage. I'm never seen holding the mic. I'm just not that guy. I'd rather just be a guest in my own thing. The thing with me is, I don't like to be in the VIP. I don't like that whole scene. I really want to be in the crowd."

While 40oz Bounce continues to grow with functions booked up through the 2015 fall and winter months, the next goal is to eventually getting into the festival and concert niche next year. However, it is essential to Van to keep the festivals as a concert event where artists perform and the 40oz Bounce maintains its lofty-underground party feel.

It's truly awe-inspiring to see how one person can use social networks to create their own lane meanwhile bringing people together for a good time without incident. It's rare and it takes talent. He made the mistakes in the beginning, never gave up and now his success serve as a blueprint for those looking to do the same. 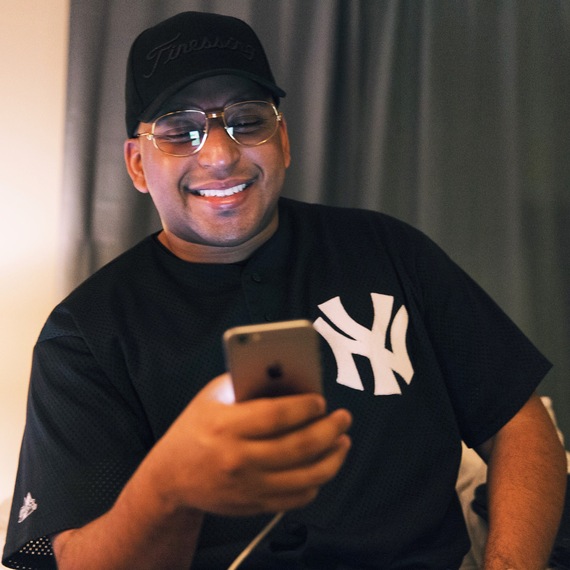