When I was a teenager, like most others, I had zero self-esteem. I suffered from bad acne since I was 10, and that was a source of deep hurt and self-loathing for me. I would stand at my bathroom mirror and put cosmetic after cosmetic on my face to try to cover up the physical imperfections, and somehow try to mask the ones hidden under the skin.

I cannot remember a time in my life when I didn’t struggle with my skin. Since I hit puberty at age 10, years before most girls in my class, it was a daily fight. I used to look at other girls and their dewy, porcelain faces and dream of having skin like that for just one day. To make up for the battlefield that was my face, I overcompensated in other departments. I stayed thin and put everything I had into what I wore. Oh yes, I was a fashion diva. So much so that my senior year I was name “Best Dressed” in my class.

That young girl lived inside of me for a long time. I wouldn’t go anywhere, and I mean anywhere, without full make-up on or with an outfit that was anything but trendy and designer. That little girl who cried every day over her skin was keeping the woman she had become a prisoner of her adolescence.

In February of this year, after actually gaining 100 pounds over the years, I finally decided to do something about it. Hell, time wasn’t standing still and waiting for me. I needed to take action. So, I joined a gym and hired a trainer. I knew it was the only way I would stick to a diet and exercise plan. So, I started going to the gym ― in full make-up and fashionable sneakers, because I hated bulky, athletic shoes.

I was fat. I know; I hate that word too. But, it was true. I had let myself go. Years of depression over a divorce, a bankruptcy, and years of feeling like a failure had led me to the point where my doctor told me that I needed to do something or I wouldn’t be here to see my two boys graduate college.

As I looked at myself in those horrible gym mirrors, I couldn’t believe the woman I had become. I was still that red-faced girl, only now I was a larger version of her with more scars and more pain. I still had the red face, as the acne went away, replaced with middle-age Rosacea.

I remember trying to walk just a few minutes on the treadmill and having to stop. I could feel the faces of all the buff people in the gym looking at me. Yes, maybe I was imagining some of it, but I can tell you that I saw people laughing at me. I felt humiliated and never wanted to go back there again. But, then something happened. I’m not exactly sure what or when, but I started thinking, “Screw them. I’m here trying to make myself better. Who the hell are they to judge me?”

And you know what I did the next day? I went to the gym with no make-up on, and I bought real sneakers. And on top of that, I’ve even stopped at the grocery store after a workout with NO make-up on.

Now, I know this might sound silly to a lot of you, but if you know the real pain of hating yourself, of never feeling comfortable in your own skin, of trying to overcome childhood bullying, you will understand. This was a major step for me.

So, here I am at 44 with no f*$cks to give. And you know what? It feels like I’m 14 all over again. Only this time, that 14-year-old is a mother f’n strong woman who couldn’t care less what anyone thinks.

Find out more about Allison at: http://www.allisonsaia.com/

I'm 44, And I Have No F*cks Left To Give
15 Gym Hacks For People Who Hate Exercise 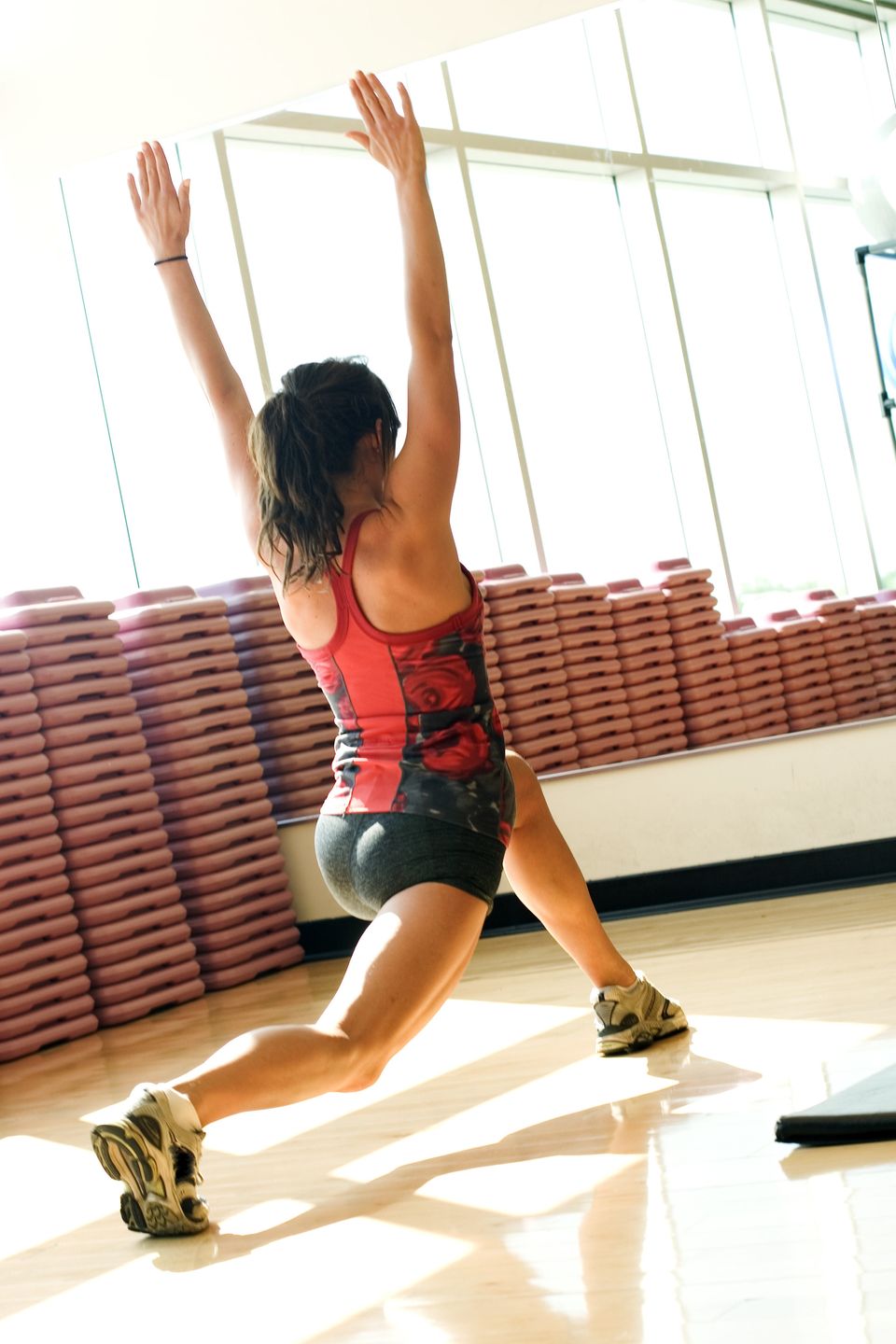 1 / 15
Lunge between stations
Instead of dragging your feet over to the next workout station, try lunging across the gym. It will keep your heart rate up without wearing you out and keep your muscles warm.
Shutterstock / Charles Knox