In the years between the Great Depression and the '60s, an unknown man captured his visage in a photobooth, over and over and over again. Over time, the anonymous gentleman accrued 445 selfies, though no historian has been able to figure out exactly why. Who was this business casual fellow and why did he feel the need to photograph himself hundreds of times -- before the age of Instagram? This mysterious occurrence is the subject of an intriguing exhibition at the Zimmerli Art Museum at Rutgers University. 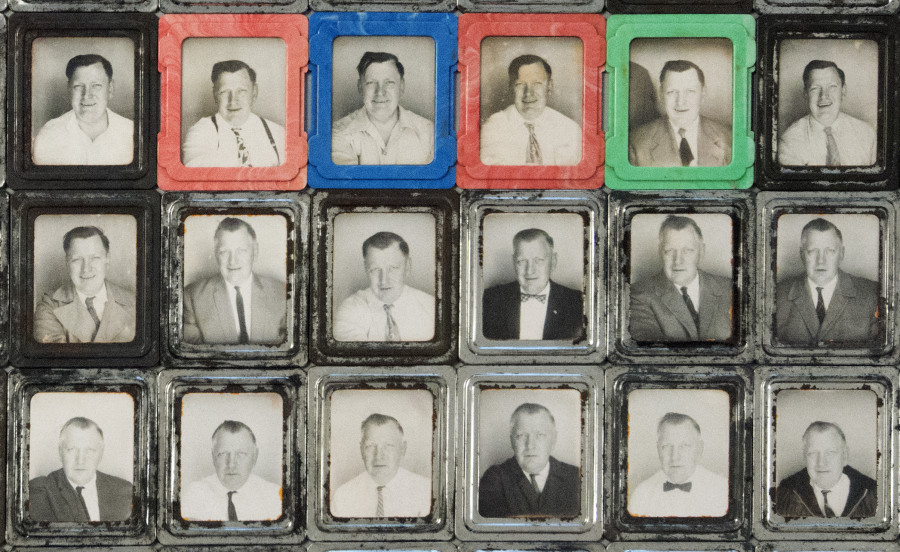 Shown together, the onslaught of uniform, silver gelatin prints of the unassuming stranger recall a line of mugshots, an Eadweard Muybridge study or even Monet's haystacks. The serial imagery is surprisingly conceptual for its time, almost like a Warholian exploration of Jacqueline Kennedy Onassis or Marilyn Monroe. The anonymous sitter, an unassuming man with a penchant for bow ties, serious faces and the occasional fedora, doesn't seem like your average selfie addict, or budding conceptual artist for that matter. But the plaguing question remains -- why take all the photos?

"The concept of the series has been going on in contemporary art since the 1970s; it’s a very conceptual way of thinking," explained Zimmerli curator Donna Gustafson. "But what struck me was that these portraits were taken as early as the 1930s and ’40s, before many of us were thinking conceptually about photography." 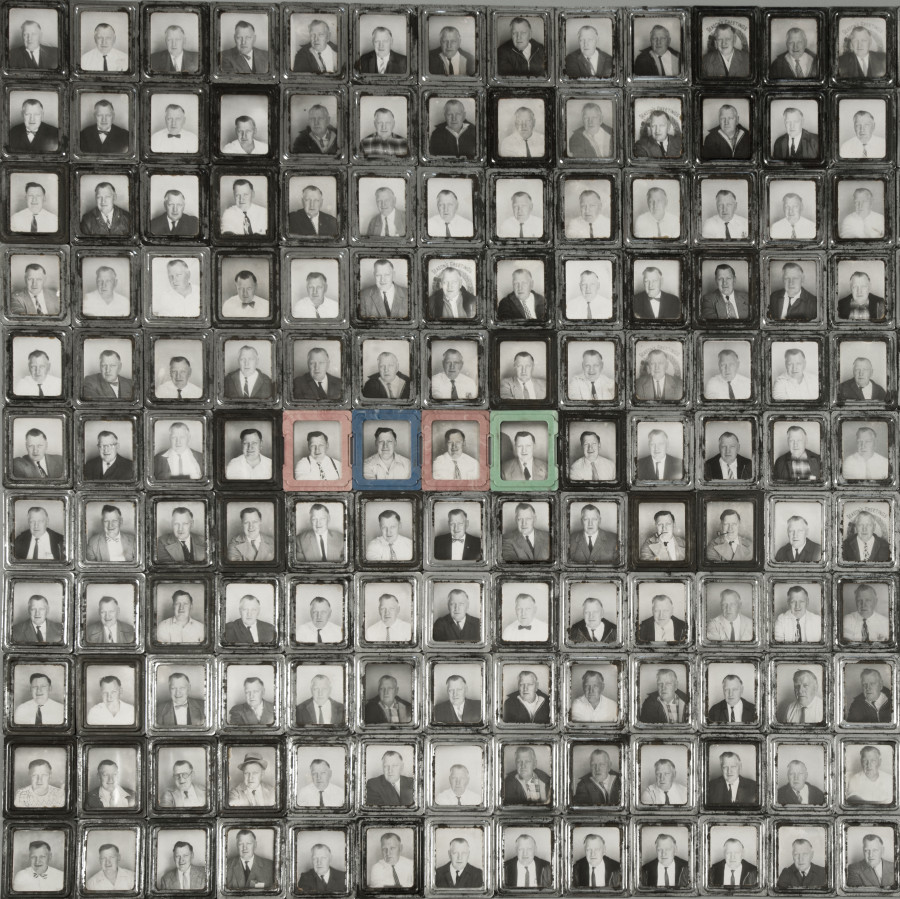 Most of these photobooth gems wound up in the possession of historian Donald Lokuta, a friend of Gustafson, while others were found in the collection of Näkki Goranin, author of "American Photobooth." The two historians speculated that perhaps the subject worked at a photobooth company and was taking these pictures as part of the job. But still, save them all?

The mysterious photos, never before shown in public, depict the strange occurrence of dislodging an image from its origin and seeing where it leads. Just a couple months ago, curator Paul-David Young put a collection of found, discarded art school photos on view, only to later have the works identified as those of digital artist Molly Soda. Now that personal images are propagated at such a rapid pace, how will this endless influx of images affect the future of art viewing? Which self-portraits of our time will later become mysterious artifacts of a lost history? Let us know your predictions in the comments. 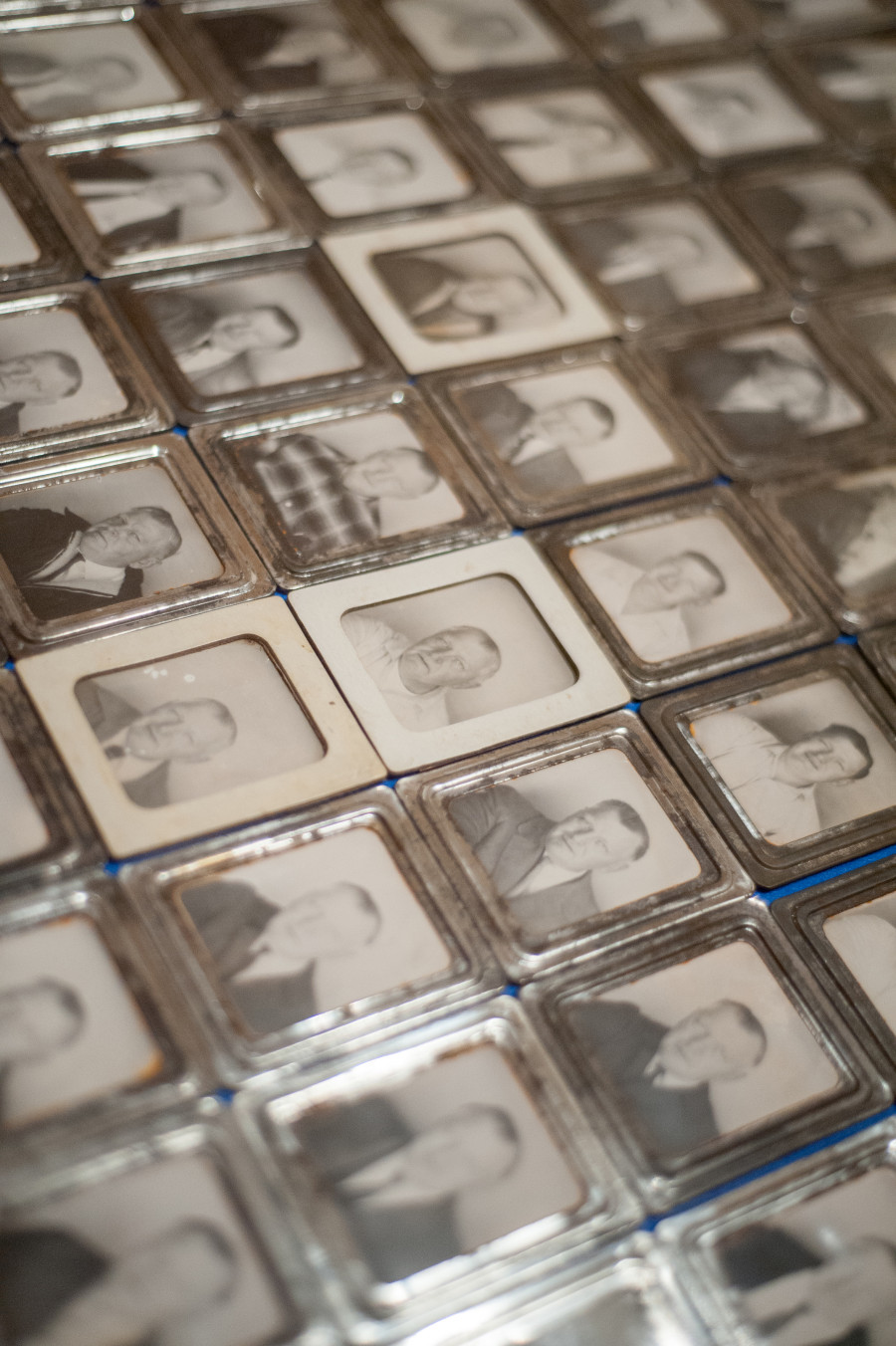 “Striking Resemblance: The Changing Art of Portraiture,” is on view through July 13, 2014 at the Zimmerli Art Museum at Rutgers University.