An estimated 1 million people attended this past weekend's 46th Annual Chicago Pride Parade which was even more of a celebration thanks to the Supreme Court's historic ruling to make same-sex marriages legal across the country.

Starting at noon in Uptown, the parade wound its four-mile path through Boystown down to Lincoln Park showcasing over 200 floats and thousands of participants (Mayor Rahm Emanuel, U.S. Rep. Tammy Duckworth, and the Stanley Cup to name a few). I hopped on board a float with my friends at Broadway in Chicago who blasted show tunes from their upcoming season featuring amazing Tony award-winning productions including Kinky Boots, The Lion King, and Cabaret. Cheering crowds bedecked in rainbow flags and glitter offering free hugs and exposing plenty of skin (as per usual) met us along the entire parade route. "Love Wins" emblazoned on numerous posters and windows was the beautiful message of the afternoon - a reminder of how far our country has come since the Stonewall riots in 1969.

Follow my trip down this year's historic Pride Parade in the gallery below and remember to make love win every day!

(Some photos could possibly be NSFW...but I'll let you have final say on that one!) 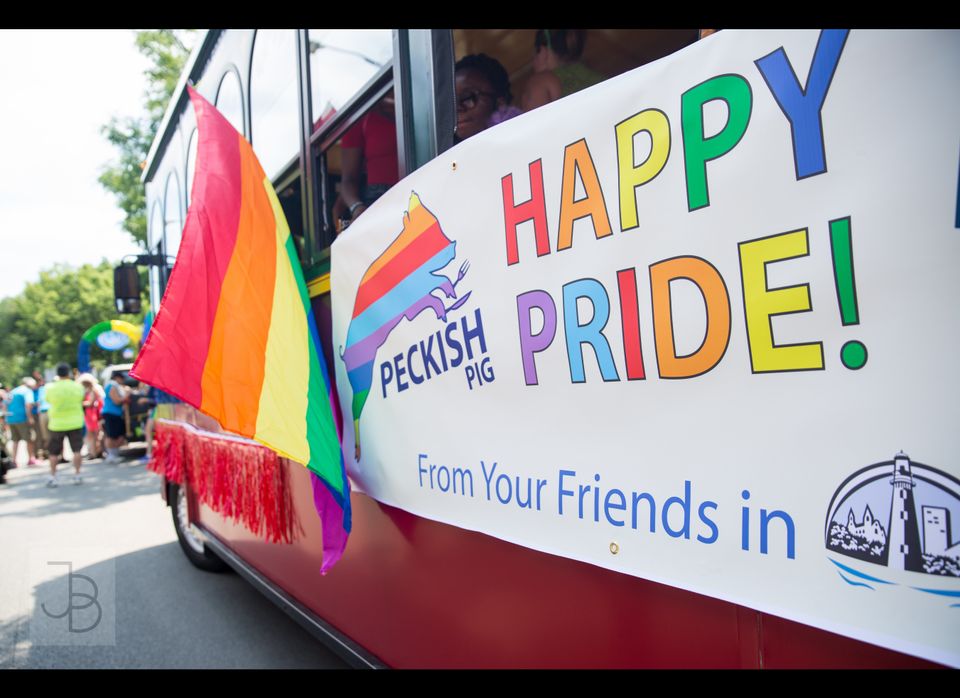