Fireworks, BBQs and beer might come to mind when thinking of the 4th of July, but really, what better way to celebrate the long weekend than with some patriotic music?

Lucky for you, Spotify has compiled the best America-themed songs for all your weekend events. The list is made up of the songs that appear most in the thousands of 4th of July playlists on the music streaming site. Spotify even found out which states listen to these tunes the most (Texas, Pennsylvania and Washington, if you really want to know).

From Miley Cyrus' "Party in the U.S.A." to Bruce Springsteen's "Born in the U.S.A.," and even The Beach Boys' "Surfin' U.S.A.," this playlist includes 140 songs to feed your proud American soul. This playlist is sure to please everyone at the party!

PHOTO GALLERY
10 Fun Facts About The Fourth Of July

The Most Patriotic Songs For All Your 4th Of July Plans, According To Spotify
10 Fun Facts About The Fourth Of July 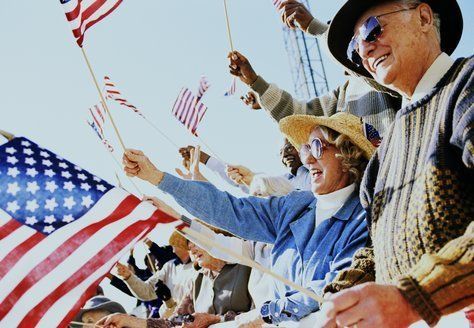 1 / 10
Happy 2nd of July?!
Author Kenneth C. Davis has revealed that the <a href="https://www.huffpost.com/entry/independence-day-july-2_n_3535004" target="_blank">2nd of July may actually be the more appropriate date to mark the nation's special day</a>. "The fact is that John Adams wrote home to Abigail on the 3rd that this day, July 2nd will go down in history," Davis said <a href="http://www.cbsnews.com/2300-505263_162-10017385.html" target="_blank">during an appearance on "CBS This Morning."</a> "We'll celebrate it with parades and pomp and bells ringing and fireworks, and it was because Congress actually ruled it in favor of independence on July 2. But it was two days later, of course, that Congress then accepted Jefferson's declaration, explaining the vote two days before that really got fixed in the America's imagination as our birthday. July 2nd should be Independence Day."
Getty