Five adults in Pennsylvania have been accused of abusing five children by shooting them with BB guns and forcing them to watch the adults have sex, among other heinous accusations.

In court documents obtained by the Delco Times, the abuse ranged from “being punched, slapped, thrown over a bannister" to being "shot repeatedly with BB guns all over their bodies, some shots leaving marks, scars and causing at least two of the children to bleed.”

Carter and Jackson were both arrested last month following an initial investigation by the Children and Youth Services of Delaware County. On Nov. 7, Wade was arrested. 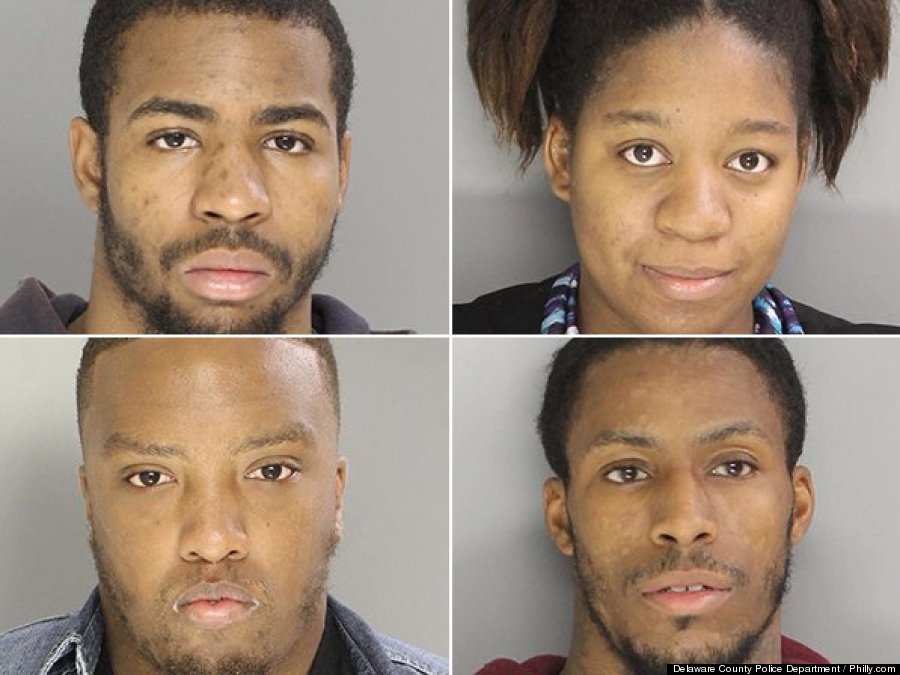 According to police records, Wade and Carter are accused of holding Hammond down and forcing Jackson's 2-year-old child's penis into her mouth, 6ABC reported.

When investigators asked the adults why they shot the children with BB guns, Jackson allegedly told them: "She and the other adults were only playing and the children wanted to be shot."

One of the children told detectives that it "really hurt."

The children were also forced to watch the adults engage in sex acts, police allege.

“When you read the affidavits, you just start shaking your head," Whelan said. "You have to ask yourself, ‘How could this happen?' It’s hard to believe what kind of world these children lived in.”

A preliminary hearing is set for Dec. 10.