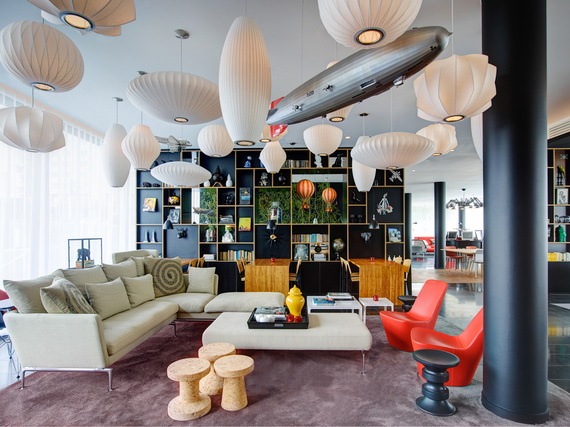 The idea of being shuttled to the airport-adjacent hotel due to a layover or a flight delay usually fills travelers with dread, but these lodgings are game-changers.

Who knew an airport hotel could be so...sexy? Just a quick walk from Terminal 2, the Moxy Hotel at Milan's Malpensa Airport promises "runway chic minus the high-fashion price tag." It also has photos of half-naked models on the walls and a shirtless hunk on the do-not-disturb door tag. While rooms have free WiFi and giant flat-screen TVs, they do lack phones, so make your requests in person to one of the young--and very stylish--staffers downstairs. 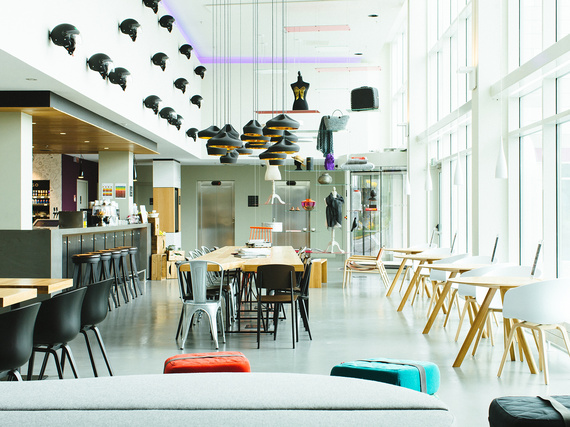 Resembling a neatly stacked Lego tower, this brightly hued hotel and hostel near Berlin's Schönefeld Airport offers a range of downright affordable room types from single to family to, if you're up for it, dormitory. Downstairs, guests can cook their own food and even do a load of laundry. 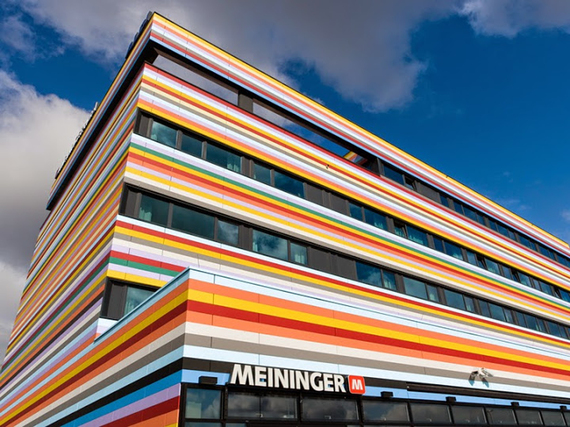 For families passing through London's second busiest airport, the Bloc Hotel, next to the South Terminal, features so-called "smart" rooms that can sleep a group of four. The hotel also consulted the Scandinavian Sleep Institute to set rooms at the optimum temperature and humidity for a good night's rest. There's no restaurant on site, but guests get discounts to use at the shops and restaurants in the airport's South Terminal. 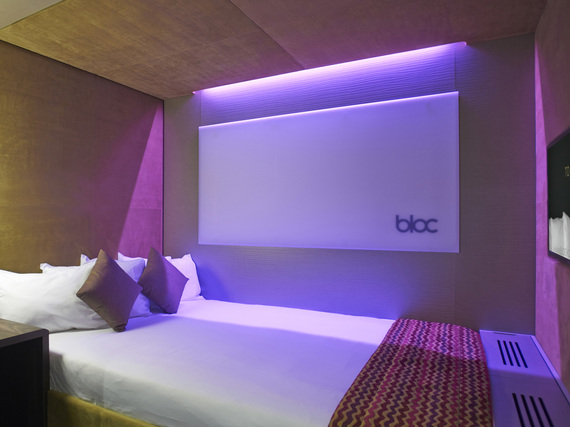 Sunlight streams in from all sides of the aviation-themed lobby at CitizenM, a five-minute walk from Terminal 3. Guests who are feeling social can hang out in the lounge, grab food from the hotel's 24-7 Canteen, or chat at the bar. Upstairs, the rooms are capsule-sized but offer big-time amenities such as mood lighting, free WiFi, free movies, and the use of a tablet that controls all of the above. Ask for a room with a view of the runways, not the highways.

You'll have to drive or get shuttled two miles from Germany's busiest airport to reach Element, but Westin's eco-friendly spinoff brand helps to ease the hassles of travel with comfortable beds, free WiFi, and even fully equipped kitchens, meaning you can cook your favorite meal in between flights. 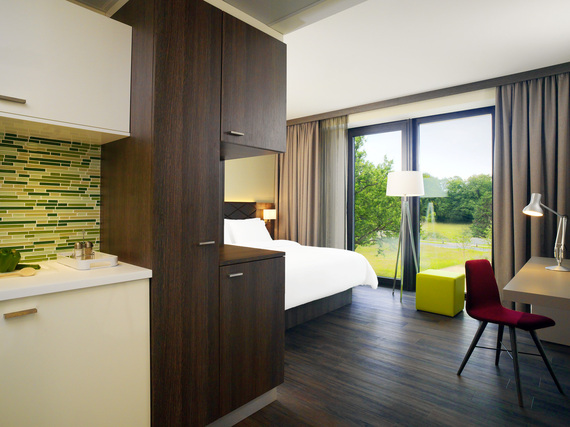 See the rest of Airport Hotels Where You'd Actually Want to Stay on CNTraveler.com

Unique Airports In The World
More:
hotelsAir travelairporthotel travel
Newsletter Sign Up
An essential daily guide to achieving the good life
Subscribe to our lifestyle email.
Successfully Subscribed!
Realness delivered to your inbox