By Dustin Turner, for WhereTraveler

As a child, TV show host Giorgio Tsoukalos traveled a lot with his parents, and as a teenager, he read a book by Erich von Däniken-an ancient astronaut theorist who thought aliens helped shape construction of some famous historical sites. Today, ancient astronaut theory is what the History channel host and publisher of Legendary Times magazine calls the "stuff of my life."

Ancient astronaut theorists believe that some ancient sites were either built by extraterrestrials or that aliens provided the knowledge or technology for the people to build them. "As I traveled, I noticed discrepancies appear in the accounts historians were telling us," Tsoukalos explained.

Contrary to popular belief, though, Tsoukalos said he does not believe aliens did the construction but shared the engineering knowhow and technology with our ancestors--and whether there's anything "alien" about these sites, they're all fascinating destinations.

Not only is it just a magnificent place to visit for the views and a jumping-off point for Machu Picchu, but Cusco (sometimes spelled Cuzco) is a treasure trove of archeology, Tsoukalos said. 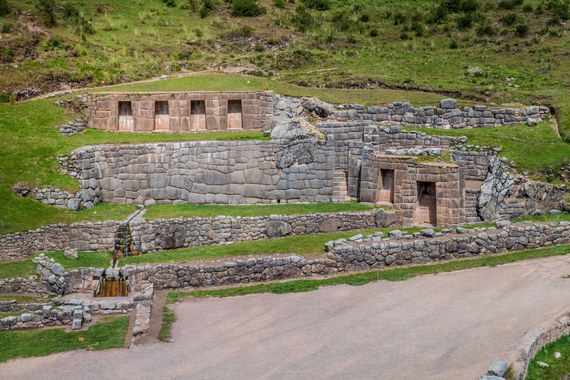 Stones in the ancient walls of Cuzco fit together so precisely, you cannot fit a dollar bill between them.

"There's such palpable ancient history. There are old wood ceiling beams in a local bar that are charred because of the candles that have been under that wood for generations."

But Tsoukalos says the most fascinating things to see are Incan walls in Cusco made of massive stones that fit together so precisely you cannot fit a dollar bill between them.

"The Coricancha Monastery there tried to expand its garden in the 1970s to mimic masonry style of the Incas. But if you look at pictures and compare modern construction work to the ones from a long time ago--guess what?--the modern wall is less perfect than the ancient wall. It's crazy," Tsoukalos said. He thinks a pre-Inca civilization built the original walls, though most mainstream historians and archaeologists attribute the work to the Incas.

Insider travel tip: Drink cocoa leaf tea because it helps visitors adjust to the high altitude. Most hotels offer it for free. Also try a Pisco sour, the national drink of Peru, while eating Guinea pig, a local delicacy.

This site just outside of Cusco has terraces of giant stone blocks that create a massive wall. In fact, Tsoukalos said, it seems the builders were able to somehow soften the stone in order to shape it and make it fit together so precisely. 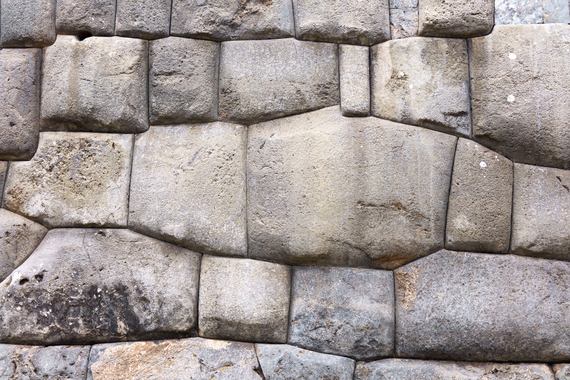 The ancient builders of walls in Sacsayhuaman somehow fit stones together perhaps by softening them somehow, Tsoukalos, says.

"There are local birds that build nests in rock crevices and soften rock with their own saliva mixed with an herb," Tsoukalos said. "Is it possible that ancient Incas transferred this for their own use? And the other question is: Who taught them this?"

Tsoukalos points out that there are three masonry styles in Machu Picchu. The material at the bottom is significantly older than what followed with the smaller stones, he said, so why would older civilizations who supposedly had less technology use larger blocks? 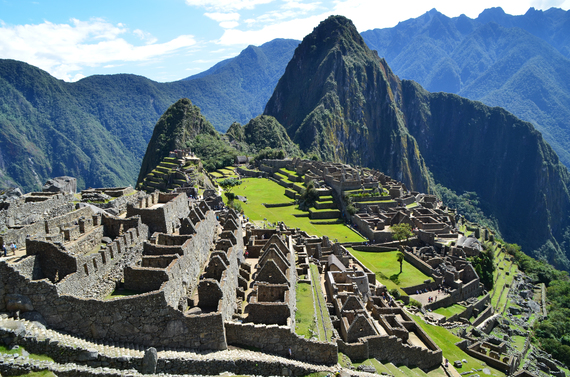 Tsoukalos wonders if perhaps the ruins at Machu Picchu are older than many think.

"Sometimes there are three levels to the construction--the bottom level has massive, gigantic, megalithic blocks as big as railway wagons; the middle about half a size smaller. And at the top, brick-sized stones are just thrown up there. That makes no sense."

Insider travel tip: There are limited options for staying near the peak of Machu Picchu. For more budget-friendly options, look to the nearby town of Aguas Calientes ("hot waters" in English). For a scenic journey, many travelers take the train from Cusco to Machu Picchu.

Nazca, about a six-hour car ride from Lima, might not seem like much from the ground except for a lot of sand and rocks. It only get interesting when you see it from the air.

"The only way to fully appreciate Nazca is to rent or charter a plane and see the geoglith formations from the sky," Tsoukalos said. 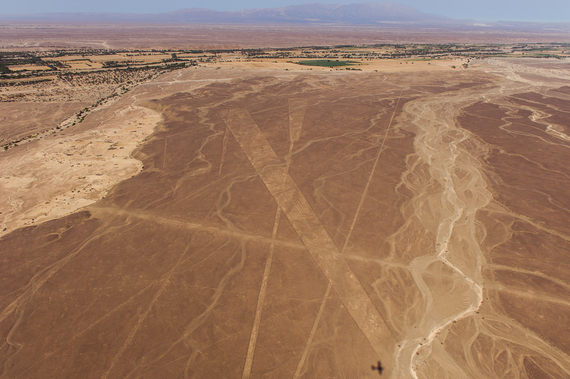 Nazca, Peru, has ancient formations on the ground that become shapes only when seen from the air. Some, however, are straight lines, almost as if they were used as airstrips.

From the air, some formations look like animals. "The animals aren't the most interesting formations, though," he said. "There are Nazca lines that look like airstrips. It looks like an airport, but I've never said they are runways for aliens. Ships would sink in the sand. So what are they?"

Insider travel tip: Anyone prone to airsickness should take precautions. "The pilots will fly pretty wild and bank at 90-degree angles," Tsoukalos said.

The 20 or more elongated skulls on display at the Paracas History Museum in Chaco, Peru, are "downright bizarre," Tsoukalos said. Archeologists usually attribute elongated skulls to the practice of parents binding the heads of newborns to mimic the look of their gods. 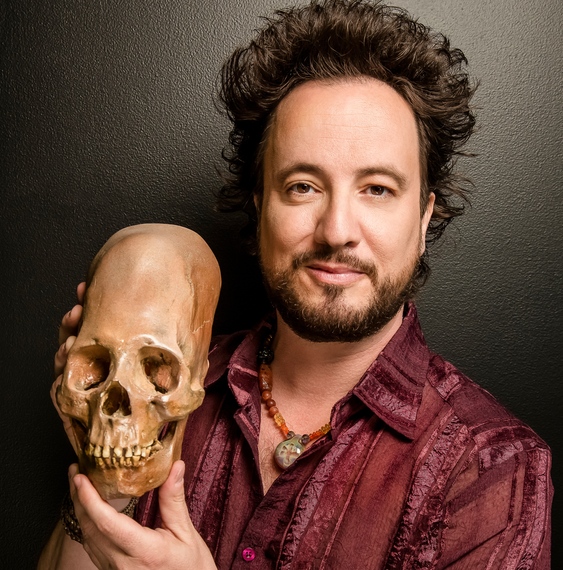 Ancient astronaut theorist and contributing producer to "Ancient Aliens" Giorgio A. Tsoukalos with an elongated skull from the Paracas History Museum

"Having seen these things and being a little familiar with anatomy, I can say that if you compare a human skull's features, the sutures are not in the same location on the elongated skulls. I am willing to say: What if we are actually looking at another species; i.e., what if they are extraterrestrial?"

Insider travel tip: Some TripAdvisor reviews of the museum say it is not always open during the hours posted and that people should call the museum if they go and it is not open.

Dustin Turner is an associate editor for Where.