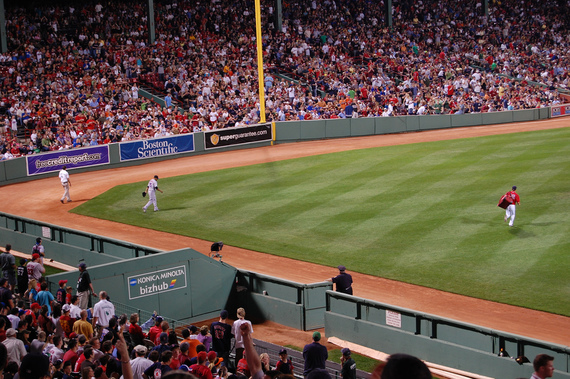 What's more delightful than a summertime visit to the ballpark? The smell of the grass and the hot dogs, the crack of the bat, the roar of the crowd ... there's nothing quite like it. Here are five of our picks for the best ballparks to visit this summer.

Technically, there are two ballparks here, but we'll count them as one. The biggest city in the world boasts two of America's newest ballparks, both well worth a visit. The new Yankee Stadium replicates the overwhelming majesty of its predecessor, while Citi Field offers a grand, nostalgic feel.

Few sites in the country boast as much sporting history as this century-plus ballpark tucked into the Kenmore neighborhood of Boston. Small and intimate and featuring the ubiquitous "Green Monster" in left field, the ballpark is a step-back-in-time experience. Go early and explore the food options around the ballpark; the famous Sausage Cart is as good as it smells. Another bonus? The Boston hotels nearby are relatively affordable for a big city -- try the Colonnade Hotel Back Bay -- and most are within walking distance of Fenway. Boston's really a small city, when you get down to it.

This famed, century-old home of the Chicago Cubs is picturesquely beautiful, offering ancient ballpark charm, great views of the surrounding city and the fabled ivy on its outfield walls. The Cubs might not always win -- in fact, they usually don't -- but you can visit lively watering holes like the Cubby Bear and Murphy's before and after the game.

The ballpark that kicked off the "retro" trend of new venues is still a jewel, even after three decades. With tremendous sight lines and wonderful food and drink options (Boog's Barbecue, operated by former Orioles star Boog Powell, is a must-visit), Camden Yards is a true destination spot.

Again, there's nothing quite as much fun as a summer trip to the ballpark. Be sure to head to one of these five (or one of the many, many others). Try some peanuts. Try some Cracker Jacks. And hey, we don't care if you ever come back!