Here are five restaurants, one from each New York City borough, that serve a great brunch. Get out and explore, New York. There's a whole city of eggs and mimosas out there. 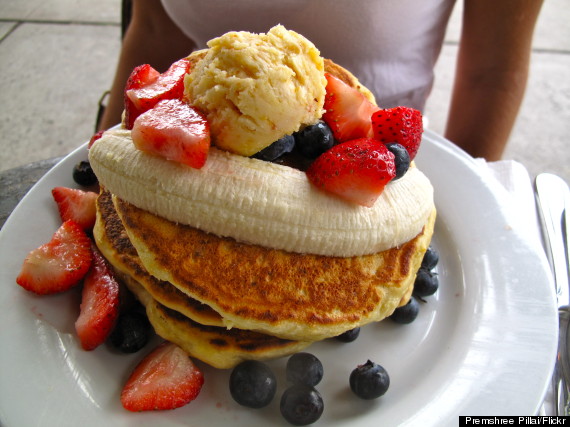 The trip to Greenpoint is worth it for this charming Brooklyn eatery. Opened in 2008, Five Leaves was started by restauranteur Jud Mongell who initially planned on opening the restaurant with actor Heath Ledger, who passed away before he got to see their shared vision come together. For brunch, try the ricotta pancakes with honeycomb butter, banana, blueberries and strawberries. Somehow they're dense and fluffy at the same time. (Note: it's a large serving, so definitely a dish to be shared.) For those who prefer a more savory breakfast, we recommend the Moroccan scramble with merguez sausage, scrambled eggs, spiced chickpeas, and avocado. 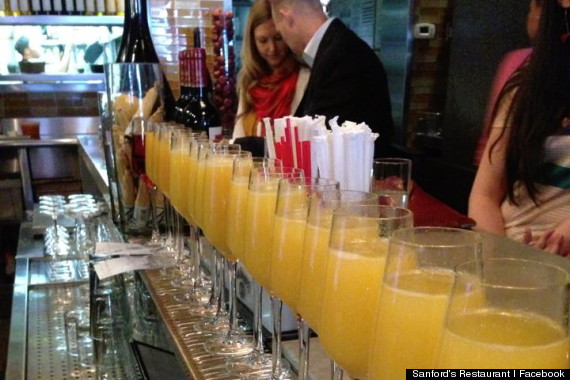 Run by brothers Chris and Gus Karalekas, Sanford's is a well-known and well-loved Astoria joint. Their omelets are the stand-outs on their brunch menu and can be customized with up to five different fillings. If you have a sweet tooth, try the French Toast Panini with caramelized bananas and crushed pecans. Brunch runs the reasonable price of $16 for an entree and a cocktail (refill included). 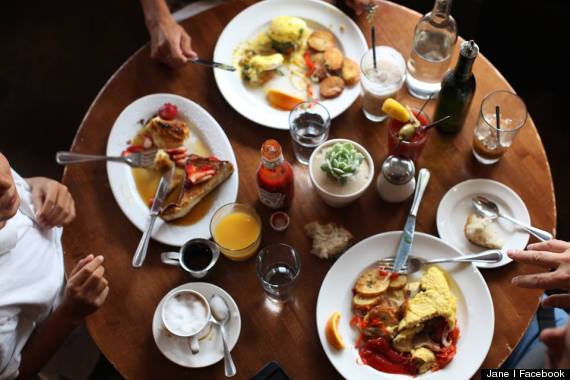 Jane has been a popular downtown brunch spot since its 2001 opening, so be sure to make a reservation. Craving something savory? Try the lobster Benedict. Something sweet? Order the vanilla bean french toast. Bonus: If you go after noon on Sunday, you can score a complimentary cocktail.

The Black Whale (The Bronx) 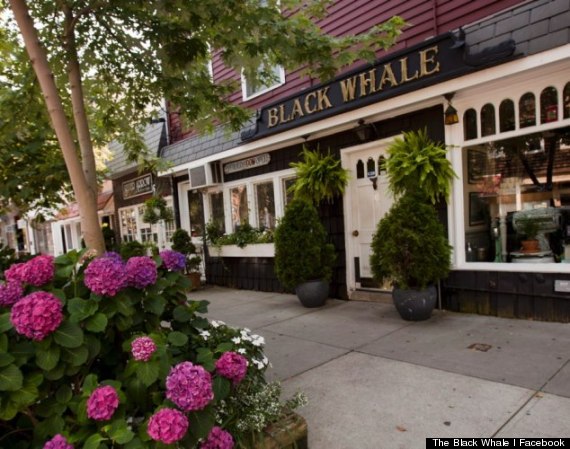 The Black Whale, which can trace its roots to the 1960s, is surprisingly not a seafood place. Under the ownership of Bill Kenny, the Black Whale started serving Sunday brunch and it quickly became a staple amongst City Island locals. There's a great outdoor patio for the warmer weather and brunch is a serve yourself buffet for under $20. Options include: pancakes, eggs Benedict, homemade sausage, corned beef hash, an omelet station, and more. 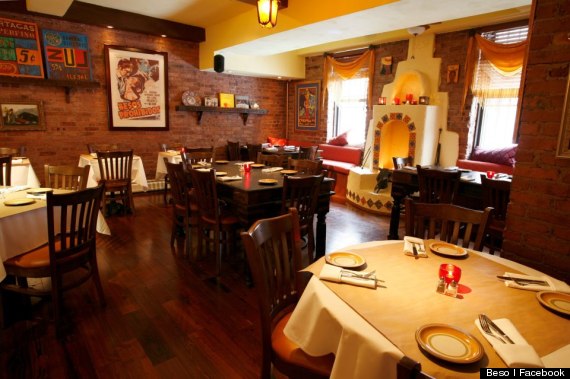 Beso, a Spanish tapas style restaurant, serves a rocking three-course brunch on Saturdays and Sundays. Close to the ferry, this Staten Island gem offers traditional Spanish breakfast fare like Huevo y Frijoles and Papas de Frittata with a complimentary mimosa, Bloody Mary or glass of sangria. If you venture in on a Sunday, there's usually live guitar.