Have you noticed all the amazing great fantastic things that are happening in the media business? Seriously. There's a spirit of reinvention and change that has some of the best media start-ups energized and optimistic about the future. In order to find the optimism, think broadly about what media is becoming, not what it was, or even what it is today. In fact - a quick look at the six companies I'm going to share with you in this post suggests that we're moving toward an era of unprecedented opportunity and growth for media.

I'd propose that the five phenomenon to watch as truly new media evolves are:

Let me start here with an anecdote. Do you know why songs in popular music run around 3 minutes or less in length? Is that some musical or creative rule? No, it turns out that the length of recorded songs has to do with the original sound recording tubes and their ability to hold 3.5 minutes of sound. So, the size of the recording device shaped a creative standard.

Television began as a medium driven by sponsors. With linear schedules and limited networks, the relationship between products and audiences was born in a world of scarcity and mass viewership. Now, that's turned upside down. There's virtually unlimited bandwidth, and audiences carved up in to tiny little slivers.

In fact, your interest in or need for a product often drives more of your web behavior than the "channel surfing" that television enjoyed. When you type into a Google search bar, you're expressing intent -need - and that can be responded to with content or commerce or both.

Whose figuring this out? Well, not surprisingly - some of the upstart leaders in ecommerce are rocking the content space.

Take a look at this image: 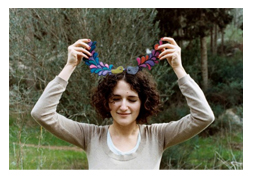 And if you have a sec, click through on this LINK. Look closely, because it may seem like you're reading a blog or an editorial site. And you are, sort of. You're on Etsy - an amazingly human community of creative makers who are sharing (and SELLING) unique crafts and gifts. Go to Etsy's home page and you'll see big links for Community and Blog. Spend time on the site and you'll see it's full of faces, stories, and PEOPLE... sharing both their stories and what they sell.

Etsy sellers talk to their customers, and the spirit of the site makes it fun to browse, fun to buy from, and fun to share with your friends. 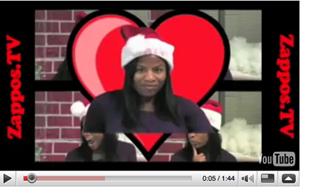 Now, take a look at this video: LINK That's the folks at Zappos inviting customers who are lonely on Valentines Day to call them for some LOVE. Really, a ecommerce company that wants you to call them, and wants you to talk to them.

They value, and in fact encourage customer interaction. They've created a culture where they create content around their brand that makes their brand more engaging - and they invite their customers to join in and make and share content as well.

It used to be we all stayed put. We went to work, we came home. Now, everyone is on the move. Changing jobs, changing cities, changing continents. Mobility changes the nature of community - your community isn't a place, it's a collection of people. Twitter makes your community portable. And, in many ways, re-creates the local newspaper in on your mobile device. But what Twitter did in a world of ubiquitous bandwidth, was find a simple and fun way to re-connect the pieces of our lives in a simple 140 character news burst. In addition, they opened the platform early, allow many entrepreneurs to bolt their ideas and extensions on to the Twitter platform. So there are many good Twitter software extensions -and more on the way. And increasingly, Twitter is becoming a directory service - pointing users to links that are local, topical, and useful. For advertisers, Twitter will know where you are, what you're asking about, what you're friends are saying. Imagine a 'Twitter-bot' that can answer the question: "Where's good to eat in downtown Cleveland?" I suspect the folks at Zagats are already building it - or will soon.

Old media companies don't need to die, they just need to be re-born. The hard thing is that it's a whole lot easier for startups to invent things from scratch than it is for big media companies who have legacy rules to change midstream. But it's not impossible. Just watch closely what CNN is doing with iReport. Last night, Anderson Cooper had an hour on the Economy, and there were audience questions recorded and uploaded to iReport as the backbone of the coverage. Real people on CNN from their living rooms. Brilliant. CNN is reaching out to audience members who have the tools and the hunger to participate and giving them a way to get their stories and their voices on the network. This is huge, and necessary, and will change both the tenor and the content of CNN as the CNN editorial staff turns to viewer contributions as a regular part of their editorial product.

The Rebirth Of The Shared Viewing Experience

The common wisdom is that in our new ultra-niche world, the old romantic notion of the family sitting 'round the TV is gone forever. Wrongo! In fact, the reason the communal viewing experience exploded was because TV evolved into exclusionary niches. MTV for the kids. Nickelodeon for the young ones. HBO for adults. Like that. Everyone - to your private screens. But companies like Boxee are building a future media experience around the TV that brings families back together in front of the set. Just last night, thanks to Boxee, my family ended up round the family flat screen. We watched old videos from a trip that was discovered on a hard drive via Boxee, then a recording of an iChat with our older son who's away at college, and finally, a number of really cool magic tricks on Revision 3's ScamSchool show. This morning, we were practicing card tricks over the morning breakfast cereal.

If the last big content 'movement' in the web was the creation of portals - windows that allowed visitors to see a wide variety of content in one place, then consider the next movement the 'de-portalization' of the web. And that means that content increasingly needs to go more places, and do more things, in more flavors. Syndication from content makers to content consumer sites is a fast moving and truly significant phenomenon. And if you haven't looked at what Mochila is doing - you're in for an exciting surprise. Mochila is now acting as the gateway and technology solution for a wide variety of publishers that had in the past kept all their content locked up on their site. Now, folks like the info publishers IDG will be able to premier content on the IDG publications and sites, and then provide a content feed to Mochila to distribute out to a wider network of sites and audiences.

So, I promised at the start of this journey that there was optimism on the horizon. And I hope you feel I've delivered. Now, there's plenty of change in all this. As institutions like CNN turn from being primarily 'speakers' to increasingly listeners, as commerce sites need to shift from products to stories, as the flatscreen turns from passive to interactive (finally!), and as content sharing (syndication) makes content creators stronger rather than weaker.

The road won't be straight. And there will be casualties. Don't be one of them. Try adopting my mantra and see if it makes all this seem more fun: "Engage Change."