On a diet? Stay as far away from these fast food gutbombs as possible!

Fast food chains have done a very good job of turning breakfast into a game. If only they can create the ultimate crazy breakfast dish, then they can capitalize on the millions of people who pass a fast food joint daily on their way to work. But in this quest to capture the market, they apparently have forgotten about one thing: nutrition.

Fast-Food breakfasts make sense for a number of reasons. First and most importantly, they're convenient. Many are hand-held, and can be quickly picked up enroute to the office and eaten in the car. Second, they're served at a time when the restaurant would otherwise be closed, giving them the opportunity to make money during a different time of day (called a "daypart" in the chain restaurant business). Third, the ingredients -- eggs, ham, English muffins, and the like -- are easy to source and employees don't require much additional training in order to prepare them. In the end, it's a win-win for everybody -- except for your waistline.

It's no surprise that fast food, for the most part, is unhealthy, but it might come as a shock to learn just how unhealthy some fast-food breakfasts are. Sure, a traditional Egg McMuffin (the standard-bearer of breakfast sandwiches) only contains 290 calories and 12 grams of fat, but their steak, egg, and cheese bagel contains a whopping 680 calories and 35 grams of fat (more than a Quarter Pounder with bacon and cheese), and that isn't even the unhealthiest McDonald's offering!

Healthy or unhealthy, fast food breakfasts don't seem to be going anywhere any time soon. Since the fast-food breakfast was invented in 1969 with the release of Jack in the Box's Breakfast Jack (ham, egg, and cheese on a bun) and brought mainstream with the rollout of the Egg McMuffin three years later, it's caught on like wildfire. And just like every year seems to bring another hottest chile pepper in the world, so chains are constantly one-upping themselves to come out with a more outrageous and calorie-ridden breakfast item.

Before you drive up to your favorite chain for your next breakfast, then, check out the unhealthiest breakfast items from nine major chains. Opt for some yogurt and fresh fruit instead; your waistline will thank you.

Before you drive up to your favorite chain for your next breakfast, then, check out the unhealthiest breakfast items from nine major chains. Opt for some yogurt and fresh fruit instead; your waistline will thank you. 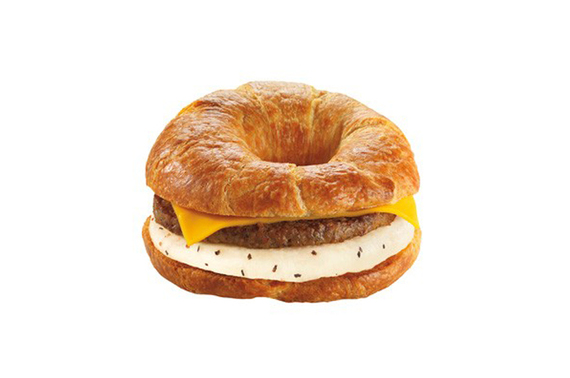 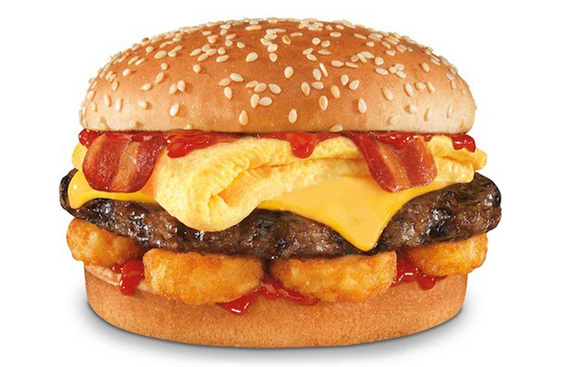 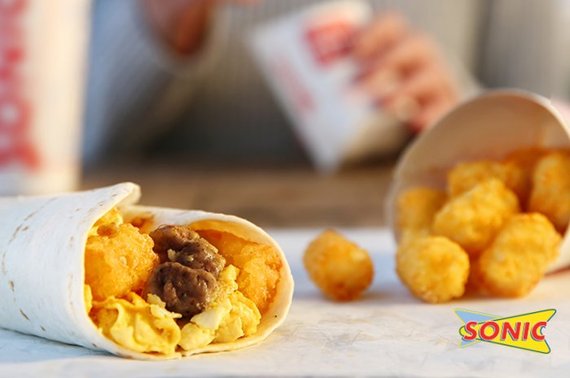 #6 Jack in the Box: Steak and Egg Burrito with Salsa 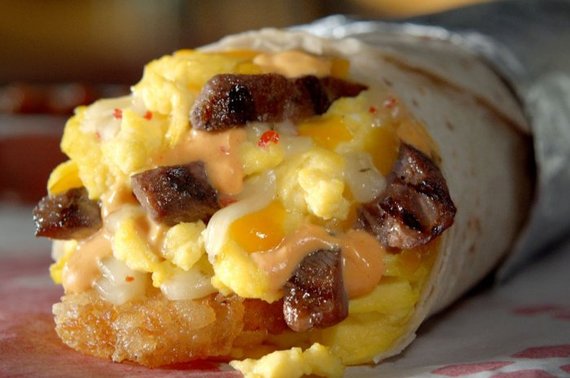 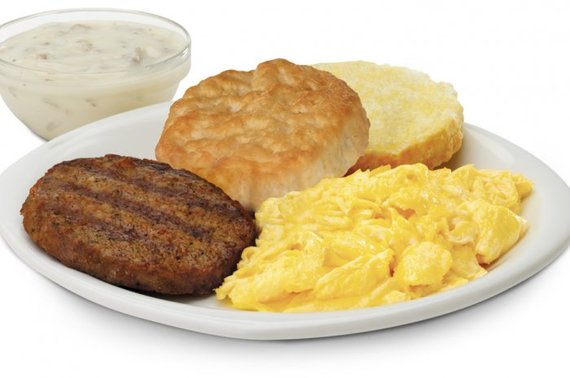