Extremely large numbers are often difficult to comprehend. We constantly talk big figures--100,000 attend a rally, 1 billion watch the Olympics on television, the U.S. debt passes 10 trillion--but how many people truly grasp what these numbers mean? For whatever reason, the human mind doesn't comprehend scale well, causing many statistics to be misunderstood. How do you translate these abstract, monstrous figures into meaningful thoughts?

I recently came across one of these numbers that really struck me: 21,000. This is the number of children who die per day due to poverty, which translates to 14 kids per minute. It is hard to imagine that in the time it takes to read this article and watch the attached video, around 50 kids will die due to poverty. It is far too easy to think of this statistic as merely a number, but it is so much more than that. Each of the 21,000 numbers represents a face, a life - a young boy or girl who doesn't deserve to die any more than you or I deserve to die.

As a father of two, I can't imagine my daughters being considered merely a number. They are my precious children - unique and loved! The 21,000 who die are also precious, and that their families mourn them just as I would mourn the loss of one of my daughters.

Yes, most of these children are born into difficult circumstances, but that doesn't mean they do not have hopes and dreams and needs. 21,000 deaths a day is unacceptable. Moreover, this is not a plight that is insurmountable. As the Co-Founder of Poverty Resolutions, an organization dedicated to making a difference for those in poverty, I wholeheartedly believe poverty can be overcome.

Yet believing is irrelevant if not followed by action, and we needs millions to act. For that reason, my friends and I decided to use video to attempt to show how big the number 21,000 really is. We are hoping that our video illustrates the true size of this problem and inspires people to get involved and make a difference. We are the first generation with the ability to overcome poverty, but we first need to acknowledge and understand the problem. So this is my plea to you: watch the video, share the video, and join the fight against global poverty. 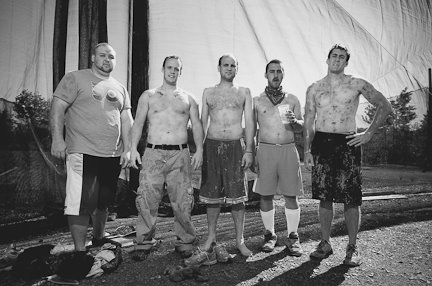