By Nick Mafi for Architectural Digest.

AD surveys the most stunning hotels that were once meant for criminals. 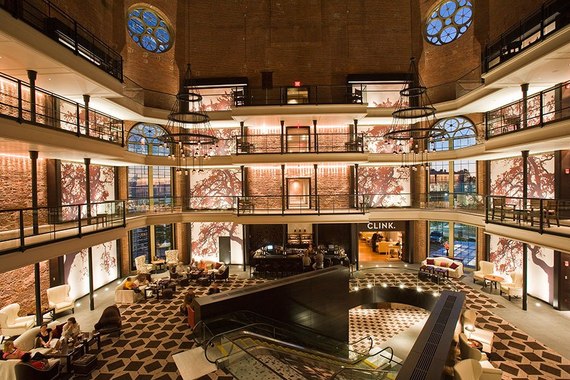 (photo: courtesy of the Liberty)

THE LIBERTY, BOSTON
Completed in 1851, the Charles Street Jail served as a county lockup for more than a hundred years, housing prisoners such as Malcolm X and former Boston mayor James Michael Curley. The granite structure, which was designed by architect Gridley James Fox Bryant and noted 19th-century prison reform advocate Louis Dwight, is now a National Historic Landmark. The jail was closed in 1990, and in 2001 developer Carpenter & Company transformed the space into a 298-room hotel. 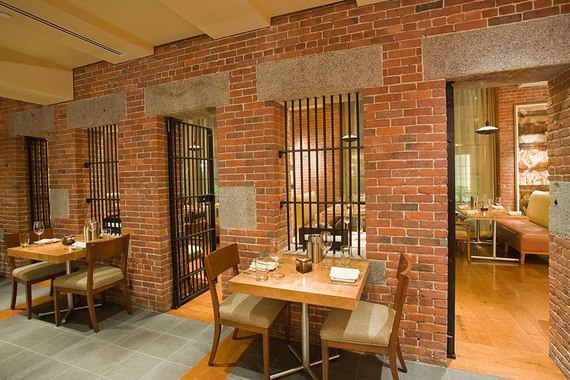 (photo: courtesy of the Liberty) 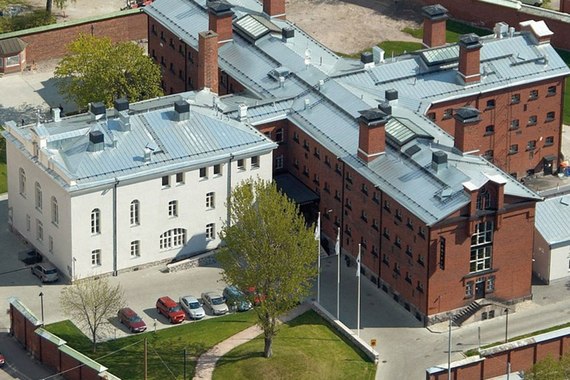 HOTEL KATAJANOKKA, HELSINKI
Located ten minutes by car from downtown Helsinki, this Gothic-style redbrick structure, portions of which date from 1837, once served as the local prison. 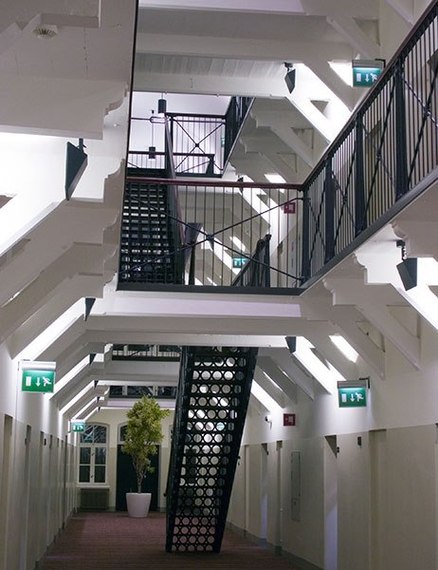 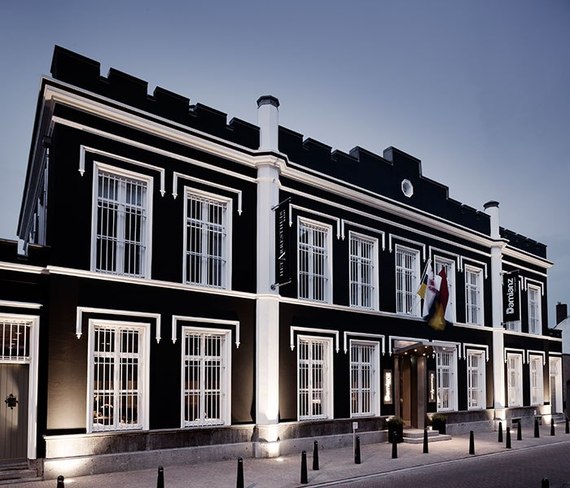 Read more: The Most Unreal Hotels in India

HET ARRESTHUIS, THE NETHERLANDS
Located roughly 110 miles from Amsterdam in the Netherland's southeast corner, Het Arresthuis jail was built in 1863. 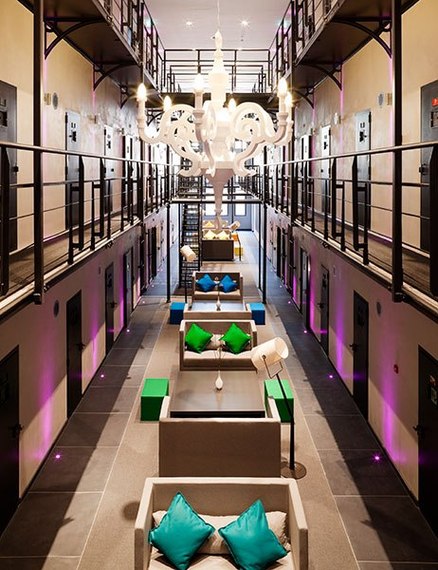 In 2011 the Dutch hotel group Van de Valk spearheaded the makeover, converting 105 cells into 40 charming guest rooms, all of which open to an airy lounge, formerly the prison hallway. From $148/night; hetarresthuis.nl/en. 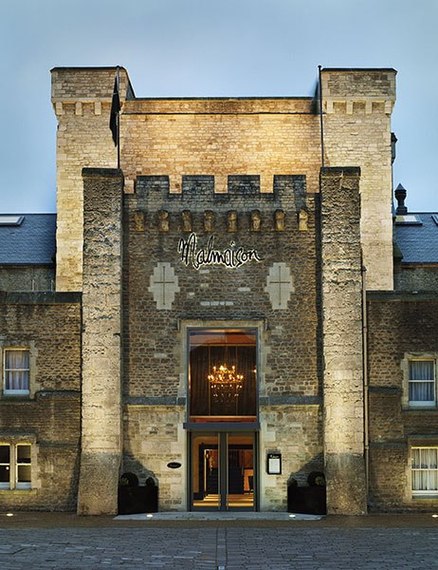 MALMAISON OXFORD, ENGLAND
The building that now houses the Malmaison hotel has a long history. Built in the 11th century as part of Oxford Castle, it was partially destroyed during the English Civil War, and then converted to a prison in the 18th century. In 2006, it was renovated into a hotel. 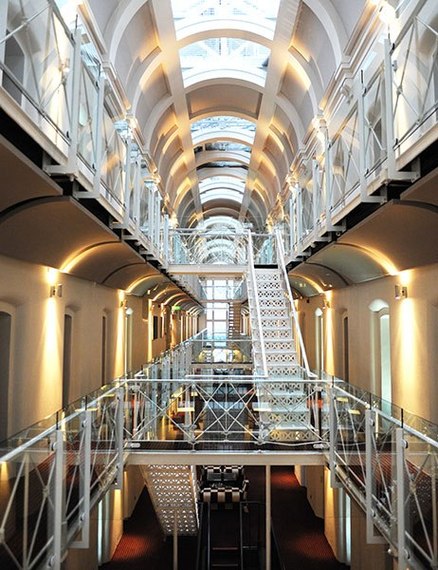 The hotel makes the most of its unique setting with glass-sided walkways and atmospheric lighting throughout the building. From $328/night; malmaison.com/locations/oxford. 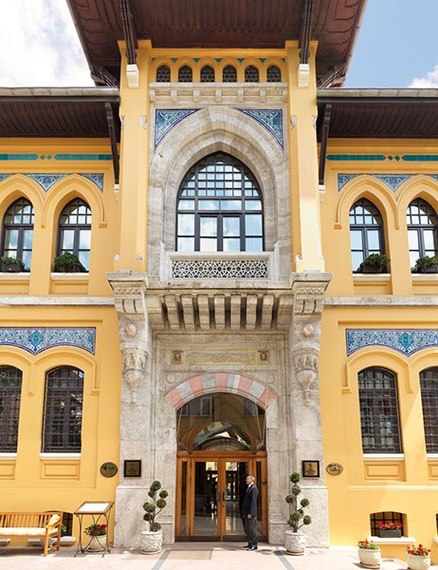 Designed in the Turkish neoclassical style by architect Mimar Kemaleddin Bey, Sultanahmet Prison was constructed in the early 1900s. The Four Seasons took over the property in the 1990s (the prison had closed in 1969) and transformed it into one of the region's top luxury hotels. 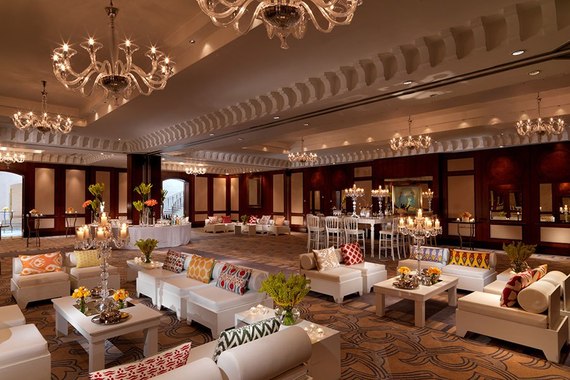 The hotel's designers preserved many of the building's original features, including hand-painted tile floors and arched doorways. From $609/night; fourseasons.com/Istanbul.

See more images from these prisons-turned-hotels on ArchDigest.com.

Dive Into the World's Most Epic Hotel Pools

10 New Exotic Retreats Around the World