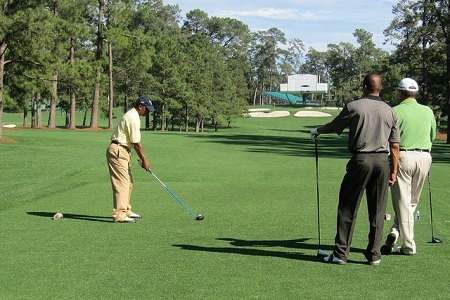 When guys getaways come to mind, raucous trips to Vegas almost certainly pop up in conversation -- but there are plenty of other vacation options out there. Depending on your crew's interests and athletic abilities, you could try everything from sampling a city's brews to rafting down rapids. Now how is a "mancation" different than a bachelor party? These trips are about finding the time to bond with all of your buddies in a new place or with a new activity -- not celebrating one man's last night of singledom. But similar to organizing a bachelor party, planning a mancation takes work: You need to find a destination with activities and prices that match your crew's interests and budgets. U.S. News has rounded up five ideas to get you started on planning your next trip with the guys.

[In Pictures: 5 Ideas for Your Next Mancation]

Booze at a brewery 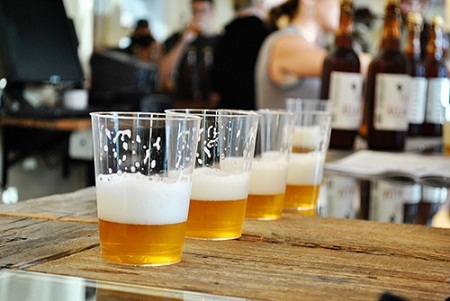 If your crew is all about good beer, consider a trip to a brewery. At Allagash Brewing Company in Portland, Maine, you can sign up for a complimentary tour of the property and then enjoy a free tasting of four select brews. Allagash White (a light, refreshing libation comparable to a traditional Belgian wheat beer) and Allagash Four (created with four malts, four sugars and four hop varieties before being fermented four times) are two of the seven popular varieties offered year-round. Allagash also brews a few seasonal and specialty beers that are worth tasting. Portland is home to a handful of other breweries ripe for exploring, so make a day of tours and tastings and enjoy sampling the city's local brews. There's the nearby D.L. Geary Brewing Company and the downtown area's Sebago Brewing Company, Shipyard Brewing Company and Rising Tide Brewing Company.

If you're looking for a beach to pair with your beer, head to Rehoboth Beach, Del., to visit the Dogfish Head Brewery. You'll be able to sample the highly touted IPAs and specialty beers, and tour the facility in nearby Milton, Del. (If you're not up to the commute, you can try the locally brewed beers at the Dogfish Brewpub in downtown Rehoboth Beach.) Dogfish Head also distills its own spirits, offering inventive concoctions like peanut butter vodka and brown honey rum. If you're more interested in finger-lickin' good barbecue to complement your brew (or vice versa) Kansas City, Mo., has you covered. There, you'll find Boulevard Brewing Company, which crafts nearly 30 beers and provides free daily tours of the facilities where you'll learn about the company's history and distinct brewing process. Fork over $20 for the private "unfiltered tour" and explore areas of the brewery not open to larger groups while imbibing in samplings of the brewery's most eclectic beers. Just 3½ miles south of Boulevard Brewing and more of a brewpub, 75th Street Brewery serves up a handful of tasty libations, appetizers and entrees like Kansas City hickory strip steak and baby back barbecue ribs. Beer connoisseurs suggest trying the Muddy Mo' Stout and Good Hope IPA.

Get to the golf course

Booking a trip to an area rife with challenging courses is the perfect way to unwind with your closest friends. Nicknamed "The Grand Strand," Myrtle Beach boasts more than 100 top-notch courses. Those looking for the best-of-the-best golfing experience should schedule a round or two at The Dunes Golf & Beach Club or Caledonia Golf & Fish Club. The Dunes is a Robert Trent Jones Sr.-designed course and one of the most prestigious in the area. It also showcases Jones' first-ever signature hole, the par-5 "Waterloo" hole (the 13th), along with the only hole in Myrtle Beach with an ocean view (the par-3 ninth hole). Caledonia, designed by Mike Strantz, features plenty of captivating scenery and challenging holes. Plus, both venues are ranked among Golf Digest's 100 greatest public courses in the United States and among the 25 best courses in South Carolina. Once you've exhausted your energy on the greens, head to the beach to relax, check out the restaurants or bars downtown or sample some other things to do in the area. Other golf destinations teeming with courses to play include Monterey, Calif., Phoenix, Naples, Fla. and Bermuda. 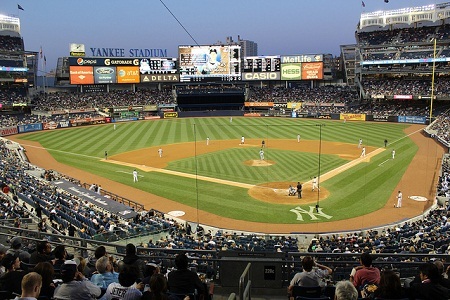 No matter the time of year, you'll be able to catch a game in popular sports towns like New York, Chicago and Boston. These metropolises hold the most championship titles of any other cities in the United States, and the game venues themselves are a spectacle to see. In New York, you can head to a Yankees or Mets game at Yankee Stadium or Citi Field, grab tickets to a Knicks basketball game or Rangers hockey game at Madison Square Garden, or check out a Jets or Giants game at nearby MetLife Stadium. (Madison Square Garden offers behind-the-scenes tours on which you can see the efforts of the recent $1 billion renovation and take a peek inside the Knicks' and Rangers' locker rooms.)

In Chicago you'll have your fair share of sports options to choose from. You and the boys can see "da Bears" throw the pigskin at Soldier Field, watch the Bulls take the court or the Blackhawks skate at the United Center and (depending on where your allegiances lie) head to the ballpark at U.S. Cellular Field for a White Sox game or at Wrigley Field to see the Cubs in action. Apart from sports, Chicago is also home to plenty of interesting architecture and famous sites like the Sears Tower and Millenium Park. And you can't miss a show at Second City, where legends like Chris Farley, Steve Carrell and John Belushi perfected their comedy chops.

And in Boston you can visit the oldest Major League Baseball stadium in use, Fenway Park. Home to the Red Sox, the stadium was built in 1912 and features the "Green Monster" -- the 37-foot-high wall in left field that deprives players of home runs on line drives that would sail over the walls at other parks. Boston is proud of its beloved ballpark, and Fenway offers a variety of tours for visitors to enjoy. But if it isn't baseball season, you'll still find plenty of other sports competing for your attention in Beantown. The Boston Bruins and the Boston Celtics play at TD Garden, and New England Patriots dominate at Gillette Stadium, situated about 25 miles southwest of the city in Foxboro, Mass.

A great way to save some money on your next mancation -- especially if you want to go someplace warm -- is to spend a few days at an all-inclusive resort. These properties typically include unlimited drinks, grub at a variety of restaurants and access to many amenities. From the party-hard Cancún to the lively beaches of Cabo, Mexico is full of options. At the Riu Palace Las Americas on the northern tip of Cancún's Hotel Zone, you'll be able to enjoy access to snorkeling, windsurfing, canoeing gear and an introductory scuba diving lesson, along with live music and free entry to the on-site night club. Another trendy spot is ME by Meliá Cancun, which features seven restaurants and bars, several pools and beach club access all along the beach. What's more, the concierge is happy to arrange local golf and fishing excursions, and the friendly staff is always quick to offer suggestions on the best bars and clubs around town.

The Caribbean also offers up some prime all-inclusive options in fun destinations like Aruba and the Dominican Republic. The Aruba Marriott Resort & Stellaris Casino caters to groups with amenities like a casino and an adults-only pool and a swim-up bar. Plus, you can order a hearty meal at the on-site Ruth's Chris Steak House after spending the day playing beach volleyball, jet skiing, sailing or kayaking. Meanwhile, the atmosphere is consistently boisterous and the accommodations are opulent at the Hard Rock Hotel & Casino Punta Cana, where your room includes a fully stocked minibar, liquor dispenser and hydro spa tub. This Hard Rock also boasts a casino and a Jack Nicklaus-designed golf course. 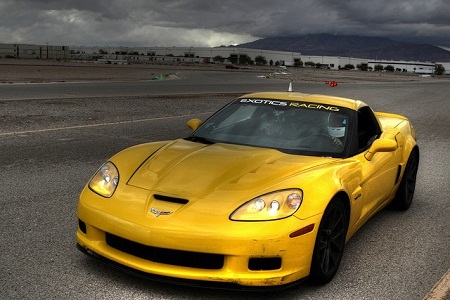 Ever wanted to try your hand at bungee jumping or whitewater rafting, but you just haven't worked up the courage to try it solo? That's what your buddies are for: Consider scheduling your next trip around some extreme activities, and don't let each other back out. In Whistler, British Columbia, you can bungee jump 160 feet over the Cheakamus River or heli-ski down untouched mountain terrain. Prefer an adrenaline rush without the risk? You can sign up for skiing or snowboarding at Whistler Blackcomb Mountain; the resort offers trails tailored to a variety of skill levels on more than 8,100 acres of land. Whistler is also home to a lively après-ski scene where strong drinks, delicious food and great music abound.

If you and your guys are more interested in water sports, whitewater rafting down the Colorado River through the Grand Canyon or down the Salmon River in Idaho is another option. Companies like Rafting America and Orange Torpedo Trips allow thrill-seekers to research the rapids' difficulty and book the best guided trip for them, whether it's a daylong jaunt or a weeklong tour. But if your buddies prefer to stay on dry land (and they're interested in channeling their inner Jeff Gordon or Jimmie Johnson), pencil driving a race car into your agenda. Famed race tracks like Indianapolis' Motor Speedway and Daytona International Speedway offer packages that allow visitors to tear up the pavement like a NASCAR pro. If you'd rather see what it's like behind the wheel of a sleek Ferrari or a shiny Lamborghini, companies like Cloud 9 Living and Exotics Racing can set you up for a drive in a luxury ride in a number of cities across the U.S.

[In Pictures: 5 Ideas for Your Next Mancation]