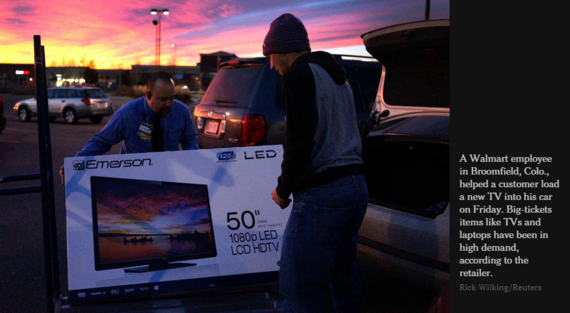 The most recent Black Friday stats are in, and they've hit a staggering nearly $7 billion less than last year - in both brick and mortar and online retailers. That's a drop of 11 percent.

Consumers have shorter and shorter attention spans, especially with the rise of fast mobile internet connections. They're used to finding what they need instantly and eschewing any product or service that doesn't fit the bill. If your store, whether it's a brick and mortar or online establishment, isn't attracting customers, it's time to take a serious look at your strategy.

For businesses with ecommerce sites, nothing is more important than developing a simple and effective online shopping experience for customers - especially during the holiday season. Despite this, many businesses still seem to take a half-hearted approach to designing and operating their online storefronts. One of the worst ways this plays out is with a slow site held back by long load times.

The problem for many businesses is that they are blinded by their own affinity toward their brand or company. In essence, they assume the average customer will put up with shortcomings to receive the end benefit. This, however, is very rarely true. In fact, the average customer is always subconsciously looking for a reason not to purchase from you; lack of trust, professionalism, or other shortcomings easily lead to lost sales when there are so many capable competitors.

When it comes to ecommerce sites, business owners need to deliver an experience that's not only smooth, but quick. While the internet as a whole has become faster over the past few years, research shows that ecommerce sites have actually slowed down by 14 percent (to an average load time of 8.56 seconds). Combine that surprising number with the alarming fact that businesses lose one-quarter of online visitors if a site takes more than four seconds to load, and many online-storefront-based companies are left in challenging situations.

What's Slowing Down My Site?

If sales are trending lower than you expected, it's important to start by identifying the underlying cause(s), which will allow you to implement a targeted strategy to effectively alleviate the symptoms. Start by checking your site speed using a tool like Pingdom's website speed test. If your load time is more than about 3 seconds, it's probably causing a decrease in sales. Here are some of the most common causes of slow e-commerce load times:

The solution: Understand which CMSs are built for which purposes. For example, WordPress is ideal for blogging, Magento for ecommerce, Morweb for non-profits, and Drupal for general purpose. However, WordPress and Drupal both have plugins and add-ons that can provide ecommerce capabilities. Just be sure you're aware of the intended use of your CMS.

The solution: Use CSS Sprites to bundle images and files together. This is especially useful when using "buttons" or icons containing the same image, which will change based on how the user interacts or clicks. Instead of the browser retrieving two files from your server, it's only necessary to find the single, bundled package.

Advertisement
The solution: Using Google Analytics, you can
track and locate these 404 error pages
and check the URL structure. This allows you to solve the annoying "Not Found" errors and significantly increase site speed.
The solution: Optimizing images usually takes some trial and error. Work with an image editing software to reduce the file size while retaining the quality of the pixels. If you have any unnecessary or duplicate images on your site, remove them. Simplicity is usually best. 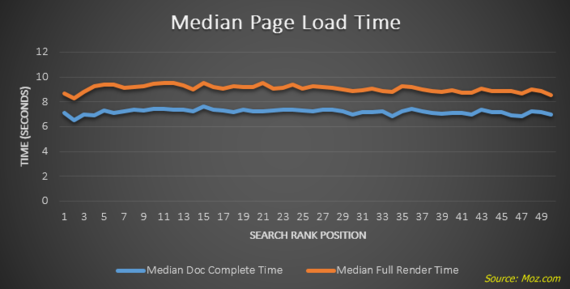 Unless you run a major ecommerce site with a loyal following, slow load times will drastically hurt your conversion rates. By understanding which factors affect your site's speed and how to improve problem areas, you'll be better suited not just for sales success during the holiday season, but also for sustained success in the long-term.