My dad was born and raised in Sierra Leone (a country on the west coast of Africa), graduated from high school at 15, and moved to the United States in his early 20s once he received a merit scholarship from Northwestern University to obtain his Ph.D. He spent 30 years as a university professor, and is currently enjoying life with my mom as they approach 45 years of marriage in 2015.

When it comes to straight-up academic intelligence, my dad is easily the smartest person I know. The other day he sent me an email and described me as "truly indefatigable." Who writes that in an email? Oh, wait -- my dad does. I didn't know if I should be flattered or offended until I logged onto dictionary.com. Although he's very smart and keeps company with many respected scholars, including the iconic late author (and my godfather) Chinua Achebe, my dad understands that intelligence without proper action is no different from being a billionaire stranded alone on a deserted island with no means of communication. What good is all of that money if you don't use it? Thankfully, he used his knowledge wisely in raising my two brothers and me, and here are a few things I've learned from him when it comes to being a dad.

1. Anything worth doing is worth doing well.
I've already established how smart my dad is, but that's only half the story. He's also an incredibly hard worker who would never settle for "OK" or "good enough." He demands that if you're going to do something, you put your heart and soul into it and do it right. As a kid, it started with making up my bed properly in the morning, cleaning up after myself, always being polite, and studying hard in school. No half-stepping allowed. He was so busy and easily could've said, "Meh, I'll just let their mother handle it," but he never did. Even if it meant he would be late for appointments, he would make sure that we completed our tasks correctly the first time around. Yes, it's a very simple lesson, but it's a damn important one.

2. Being kind only when it's convenient is meaningless.
We all know that person. He's the one who's really cool and nice when he wants something from someone, but he won't give the time of day to anyone who isn't in a position to help him. Nobody likes that dude. My dad is the kind of man who doesn't care if you're a CEO or a homeless person -- he will smile, look you in the eye, greet you with a "sir" or "ma'am" and make you feel as if you're the most important person within a 50-yard radius. Seriously, how hard is it to be nice and respectful to others? Not very. No matter what I teach my kids, I'll always teach them to be kind.

3. Always forgive.
I can't really get into detail on this one, but suffice it to say that my dad had some bad things happen to him in his life. We all have. The difference is that he always forgave the people who wronged him. Not once did he hold grudges or harbor hate in his heart, because he knew it wouldn't serve him as a husband and father. To be clear, forgiveness isn't inviting your enemies over for wine and cheese. In many cases it means simply stating to yourself, "I'm letting it go," walking away, and not looking back. Is that easy to do? Of course not. It took me almost 75 percent of my adult life to master it, but I've figured it out now. As parents, we can't protect our kids from the emotional pain they'll endure when they're older, but I'll do my best to ensure my girls' hearts are clear of hatred and anger so they can live their best lives.

4. Being mentally tough is essential to doing anything meaningful in life.
My grandmother (my dad's mom) was one of the first women in the history of Sierra Leone to be elected to its House of Representatives. Even though the people voted her in, a pocket of knuckleheads weren't too thrilled about a female being a position of power and prestige. Her life was threatened on a regular basis; people threw rocks at her, spit at her, called her names, and tried to make life miserable for her. In spite of that, she kept moving forward with her mission of making Sierra Leone a better country for its citizens -- including the people who tormented her. Although she passed away many years ago, my dad still talks about how mentally tough my grandmother was and how he wants his sons to be the same way.

You know the term "First World Problems"? Well, my dad didn't like it when his kids complained about them. The server messed up a meal at the restaurant? The kids had a meltdown at Target? Tired after a long day at the office? His message is simple: vent quickly and then get over it quickly. No long-term moaning about the situation is allowed. As tough as our days can be as parents, at least people aren't trying to kill us when we go to work every day (yes, stay-at-home parents -- your job is extremely difficult, but contrary to what you may believe at times, your kids aren't trying to kill you.)

My dad taught me that nobody likes incessant complaining. Just think about how annoying it is when our children whine. It's exponentially more annoying when grown men and women do it.

5. Celebrate life.
This is my dad's motto. He always told me, "No matter what you have going on in your world, you must take time out of your day to celebrate life." Donate to charity, have tickle fights with your toddler, sing in the shower, start an impromptu dance party, eat ice cream for dinner, whatever. Just do something that makes you happy every single day of your life. No excuses. My dad hammered that fact home when my mom was diagnosed with stage 4 lymphoma in 2007 and we didn't know if she'd pull through or not. He told me to celebrate every day we have with her, and that's exactly what I did. Fast-forward seven years later and my mom is cancer-free, but it's a strong reminder to always celebrate life with my kids. Eventually they'll be grown up and I'll be pining away for the multiple Frozen viewings I find myself sitting through on any given weekend.

Dad, thank you for being the first man I ever looked up to. Even at my age, I still view you as a superhero, and I'm so thankful that you were (and still are) always there to be the best example of what a real man and father is. Sure, I wrote a book on fatherhood, but I learned everything from you. I pray that my girls have the same fond memories of me that I have of you. I love you, dad. Happy Father's Day. 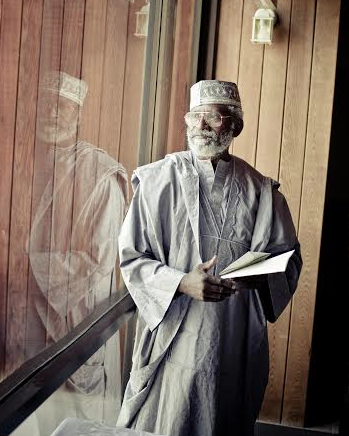 This post is part of HuffPost Parents' Father's Day series, exploring the lessons our dads taught us about parenting.