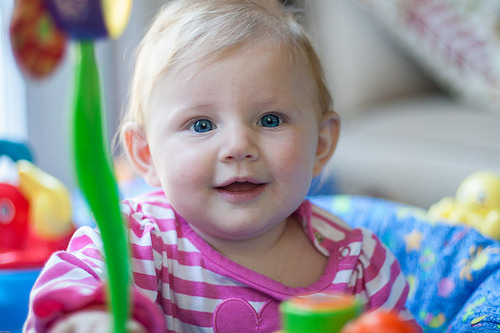 Here are 5 life lessons that kids need to be taught before they go off to kindergarten:

Maybe your kid already knows that he or she doesn't like every kid out there but most parents never mention to their kid that there might be kids who won't like them, for no good reason at all. In a parent's eyes, there is no reason why any child on the face of the earth wouldn't like their sweet angel so they don't discuss this possibility with their child. But I think a parent should introduce the topic to their child by saying that just as you don't like tomatoes, some kids may not like you. And you may not like them. Just look for the kids you like. Everybody doesn't like everybody. It's the same with adults. That's life. In other words, present it as normal. Because it is.

Sharing is a good thing at times. There is no reason not to share your cheese crackers. But I think it is important to teach your child that if something is precious to them and they think it might be ruined or broken if they shared it with other kids, then they shouldn't share it. It's OK to teach a child to pick and choose what they value most and guard those things to keep them safe. Not the cheese crackers, however.

3. Everyone isn't good at everything. You will be good at some things and not others, no matter how hard you try.

By the time your kindergartener is in high school, he or she will know some things they are good at and some things they aren't good at. Parents obviously want to encourage their young kids to try everything so they rarely discuss the possibility that no matter how hard their kid may try to be good at something, they may not achieve that lofty goal, through no fault of their own. But all of us adults know that there were things we wanted desperately to be good at that just weren't a natural fit. No matter how hard we tried, some things were never going to happen. And that's just fine. There are many other things that we discovered over time that we were good at and our kids will discover they are good at.

No parent wants to make their child fear the world around them. And no child should fear the world around them. But you also don't want your child believing that everyone is good and has their best interests at heart. So the way I handled this discussion with my child was to convey that we could not know if a person was good or bad if we didn't know them. So no need to interact with strangers. Let the adults do that.

This is the tough one that no parent wants to share with their child but at some point in time, it needs to be said. It is really hard to know what to say to your child when his little fish dies or his friend's parent dies. I suppose religion can provide some comforting answers for some parents and their children but I don't think the children find as much comfort in those explanations as the parents do. Maybe the best we can do is to say that say that sometimes life isn't fair. Bad stuff sometimes happens. But a whole lot more good stuff happens in our lives and we need to focus on the good stuff.

And then we get another fish. And life goes on.

Sometimes the things we don't discuss become the bigger elephants in the room. There are already too many elephants in a young child's room so maybe it is better to reduce the size and the impact of those elephants by addressing them head-on.

No one has the answer to everything. But we can try.