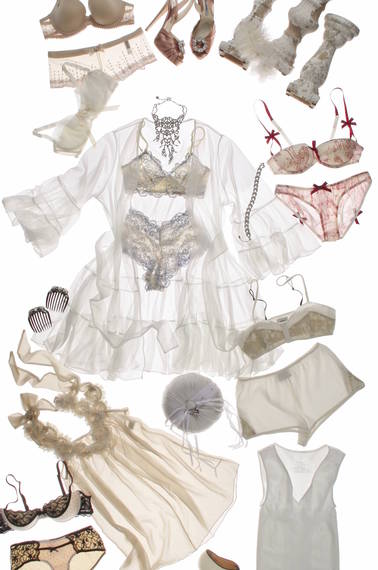 Scheduling sex isn't necessarily sexy. But let's get real: If you didn't find creative ways to slate sex into a schedule packed with overtime work hours, girls' nights out, and your kids soccer games, you might never get it on. Here, five married couples reveal how they sneak sex onto their packed to-do lists -- so you can steal their moves, of course!

"We used to set our alarm only to hit snooze twice before we rolled out of bed," says one married woman. "Then we realized we could still soak up those 20 minutes between the sheets, just in a totally different way! Now we call it our 'sex-o'clock' alarm."

"My husband doesn't work far from our apartment, and I work from home. So while his boss thinks my husband heads home for lunch to save money on meals and walk the dog, it's actually so we can fit in a quickie!" says another married woman. "He evens eats in the car on his drive back to work so that we have time to fit sex in on his lunch hour!"

"I set reminders in my phone for everything -- to pick up toilet paper, send a birthday card, and to have sex. If I see an opening in our schedule, 'have sex' goes into my iPhone," says one married woman. "Once it's on the to-do list, you have to do it."

"We have a rule: If one of us wakes up in the middle of the night, he or she has to wake up the other with kisses -- or more!" says another wife. "Sometimes it just ends up being a sweet peck, but other times, kissing leads to late-night action we wouldn't have without our rule."

"We're exhausted at the end of the day. Who isn't?" says another married woman. "We've found that if you think about having sex when you're tired, that can see like too much work and it doesn't happen. So, sometimes we'll offer each other a shoulder rub when we go to bed. That's our code for, I'm too tired for sex -- but I'm hoping this will turn me on and give me the boost I need! If you start small and sensual, it often leads to more without seeming like a chore."

41 Bridal Gowns That Look Even Better From The Back