A CalTech astronomer has just released papers that he says provide evidence that a ninth planet exists in our solar system. Dubbed Planet 9 -- which of course sounds like a reference to Ed Wood's cult classic B-movie, Plan 9 From Outer Space, the Internet is abuzz with talk over what to name the newly found planet. As it turns out, Donald J. Trump, billionaire mogul, reality TV star, and poster boy for combs everywhere, has an opinion on this subject, and late last night he sent out several tweets under the hashtag #TrumpYourPlanet and here are five of his top suggestions for a new name for Planet 9. 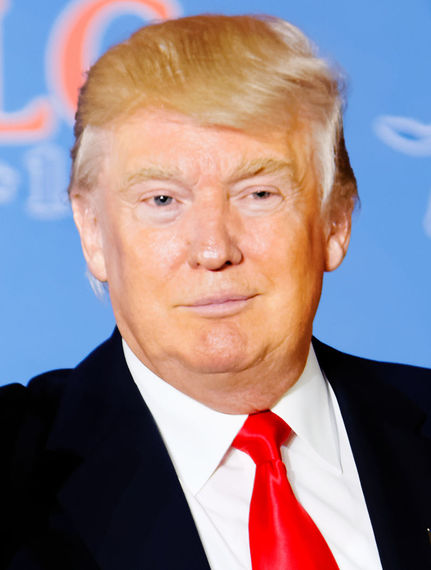 5. Trump Planet
Everyone knows when you see something with my name on it that they're in for a classy, top-notch, yooge time. What better way to attract intergalactic tourists then to name the new planet "Trump Planet" and of course slap my name right there on it, in big, gold leaf lettering? If you said, "There is no better way," congratulations, you're a yooge winner, and you're right. #TrumpYourPlanet

4. Trumpluto
Some colored science guy keeps going around telling people my favorite planet -- Pluto -- isn't a planet no more. Now, I've loved that planet a long time, because of course Pluto is my favorite Warner Brothers cartoon character; I just love cartoon mice. The point is I think that's bullshit; once things are one way, they should stay that way. But you know, until I'm president, I can't issue executive orders making Pluto a planet again, so in the mean time they should pay a yoooge ad homagenem to me and Pluto and call it "Trumpluto." Also, of course these tweets are longer than 140 characters; I'm Donald Fuckin' Trump; character limits mean nothing to me. #TrumpYourPlanet

3. Donaldtopia
We all know once I'm elected, I will turn America into great utopia...if you're old, white, conservative, Christian, and scared of brown and/or gay people. But until that happens, can't they name this new planet in a way that honors both me, and the word utopia? Of course they can, by calling it "Donaldtopia." #TrumpYourPlanet

2. Planet 9, Brought to You by Trump
Don't want to try and shoehorn in my name? That's fine. I'll just sponsor the planet. Melania's getting me my checkbook so I can cut a check to whatever nerd in glasses I have to get sole sponsorship rights over Planet 9, then every time it's referred to in the media, it has to be under its legally-licensed name, "Planet 9, Brought to You By Trump." #TrumpYourPlanet

1. Donald J. Trump
Honestly, the more I think about it, the less sense it makes to reinvent the wheel. God already gave humanity its greatest name ever -- mine. So why mess with this stuff more than you have to. The planet's called "Donald J. Trump" now, enough discussion. Now, speaking of heavenly bodies, have you seen my daughter Ivanka? YOWZERS! #TrumpYourPlanet #Yooge #DaughterBoners