The 1980s may have spawned astonishing hair and the 1990s equally astonishing pants, but it was the 2000s which brought the term astonishing to the workplace. Being a millennial, my career is a perfect example of this. When I try to explain to people what I do for a living, this is usually the look I get... 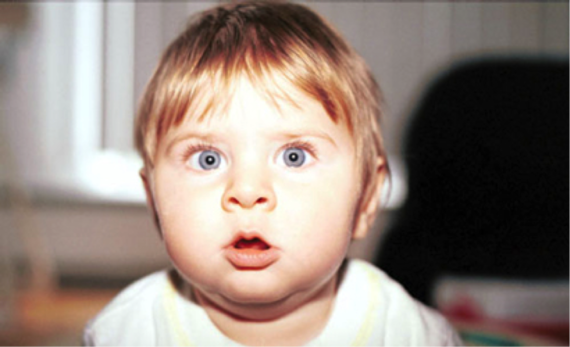 That is the first image that comes up when you Google 'astonished' by the way. Anyways, back to the point.

1. Cyber Forensics Analyst
A fascinating blend of forensics, technology and communications capability, this role is fast becoming a necessity in the business landscape. Cyber crime statistics are terrifying - 5.1m online fraud and 2.5 cyber crime offences in 2015 alone according to the Crime Survey for England & Wales, even my home country South Africa taking a not-so-great third place in the cyber crime victim charts according to the South African Banking Risk Information Centre. It's easy to see why a career as a cyber forensic analyst is becoming more popular.

2. Growth Hacker
This job is for the person who really understands the online world, and who can dig deep beneath its bustling surface to create an entire market for a client. The growth hacker will develop a user base for a service or an app using as many tricks of the trade as they can, from the physical (a nice branded pen) to the meta (a viral video or promoted Tweet). It's an awesome career for anyone who really understands the mind of the user and how to use all of the communication tools to enter it.

Join a Growth Hacking Community to find out more.

Learn how to become a Chief Listening Officer here.

4. Social Influencer
A few years ago, you would probably have reduced a room to tears of laughter if you told them you could carve a successful career out of your online presence. You wouldn't have been able to explain to your career counsellor that your blog and social media accounts would have brands knocking on your virtual door, looking for ways to work with you, and harness your ability to really engage with their consumers. Today, influencers are not just a growing trend; they are a job title and a marketing must-have.

If you have more than 1 000 followers you can apply here.

5. App Designer or Developer
Whether it is creating the artwork and graphics which make an app worth having, or sitting behind the code which makes the app work, both these roles are brand new and invaluable. Last year Apple saw more than 100 billion apps downloaded from the App Store since 2008, Google Play had more than 200 million downloads in 2015 alone and the worldwide revenue from app stores according to Statista is $US8.3 billion. Bet you're wishing your career counsellor told you about this one hey?

You can start with the basics here.

Millennial Marketer with a passion for technology. Founder and Lead Growth Hacker at Push Media, a content distribution agency.