Measuring poverty rates is mixture of art and science, a combination of objective measurements and subjective decisions. The objective measurements are the well grounded statistics such as the wealth distribution within a country. Less objective data like cost-of-living rates or price-purchase-parity adjustments are often incorporated as well. Since poverty can often be context-specific, the subjective decision of how to define poverty is a key challenge in comparing poverty rates across countries. Someone who is considered poor in the United States may be considered wealthy in another country based on their assets. There are global measures of extreme poverty but those measures aren't relevant when discussing middle and upper-income countries. Additionally, the household surveys conducted in developing countries don't translate easily for developed countries. The U.S. government defines poverty levels as those whose income falls below poverty thresholds in a similar manner to these OECD definitions, where the U.S. government-defined poverty thresholds also take into consideration the household size.

The OECD publishes a poverty rate which is defined as the percent of people living on less than half of the median household income. This is a viable, though imperfect, definition. Many will immediately notice that this poverty definition is really a measure of the income distribution where countries with high levels of income inequality will tend to have high poverty rates and those with low levels of income inequality will tend to have lower poverty rates. In fact, this poverty metric has a correlation of nearly 80% with the Gini Index and the countries with the highest poverty rate also have the highest degrees of wealth inequality.

Using this poverty measure, the 5 OECD countries with the highest poverty level are, in order, (5) Turkey, (4) the United States, (3) Chile, (2) Israel and (1) Mexico. The US is very distinct from the other countries in this list for countless reasons though the one of the most obvious is that the US is a much wealthier country when measuring the mean GDP per capita.

It is worth discussing why this poverty metric uses the percent of people living on less than half of the median, rather than the mean, household income. The mean is highly subject to distortion, while the median is a robust metric that isn't influenced as much by outliers. Because the goal is to describe the economic situation with as few data points as possible, the median is a more accurate reflection of reality than the mean.

Here's an example to clarify this point:

Imagine 99 people are in a room. Everyone in the room has a net worth between $20K and $120K with the mean net worth being $70K. The distribution is symmetric around $70K so not just the mean, but also the median is $70K. Carlos Slim, the world wealthiest person, walks into the room along with your younger brother, who has a net worth of $0. Carlos is a huge outlier with respect to net worth, as he is estimated to have a total net worth of around $75 Billion. With the arrival of these last two guests, the mean net worth has just risen to nearly $750 million (total net worth divided by 101 people) yet the typical person in the room is no richer just because Carlos and your younger brother have arrived. The mean is sensitive to outliers and can give a distorted assessment of the typical situation. In this example it shifted from $70K to nearly $750 million by adding to additional guests. On the other hand, the median net worth is the same with or without these last two guests. The median is computed by lining everyone up in order of wealth and selecting the person in the middle. With Carlos taking his spot at the front of the line and your brother bringing up the rear, the person in the center remains the same and so that person's net worth is still the median. In general, when you know your data includes large outliers, the median usually gives a better single snapshot assessment of the situation than the mean.

Why is this relevant to the U.S. economy? Because the U.S. has such as high degree of income inequality, reports of the overall GDP growth and overall rises in GDP per capita mask the fact that while the mean may be rising, the median may be falling! How is this possible? Imagine our 101 guest return to the room one year later. Carlos has a terrific year and is now worth $85 billion, your brother is still worth $0 and the other 99 people in the room all lost $10K. For the 99 people in the room, it was a bad year and both the mean and median of the 99 people dropped from $70K to $60K. What about for the entire 101 people? The mean net worth rose by nearly $100 million all due to Carlos but the median, a more accurate reflection of how most people are doing, declined by $10K.

Note: The data for this article was extracted from the OECD database. 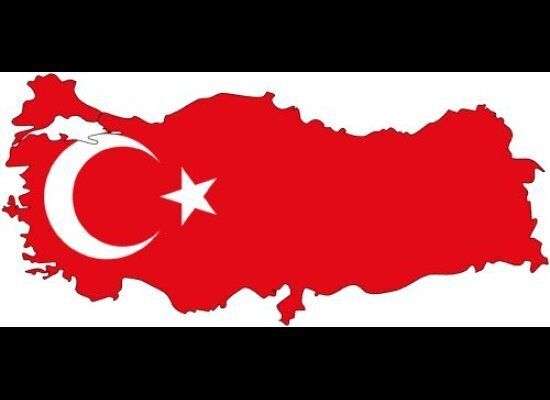 1 / 5
#5 Highest Poverty Rate in OECD: Turkey
Turkey has a GDP per capita (price purchase parity) of around $13,000 and a population of over 73 million. It has one of the top 20 largest economies in the world as measured by price purchase parity and nominal GDP. The agricultural sector accounts for about 10% of GDP, the industrial sector about 30% and the services sector about 60%. It is rated as having a high degree of development by the Human Development Index.