I'm single. I admit it. Sure, I've looked for the right guy, without ever having found him. Believe me, I've looked, but so far no luck. I've had relationships, and some have been wonderful, but they've never led to anything even remotely permanent. I know that there are myriad women and men out there in the same boat and misery loves company, but still...it would be nice.

Normally I can handle it. I've gone to countless weddings alone where smug mothers-of-the-bride patronizingly tell me my time will come. I've watched friends and family pair up and suddenly I'm not invited to do things, since they say, "you're not part of a couple."

Unless there's a gift involved, I'm usually not even a blip on the radar, since they don't know what to talk about with a single, childless woman. Usually, it doesn't bother me. I accept it and move on with my life. 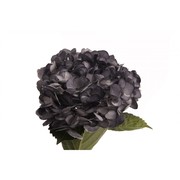 Then there's Valentine's Day, or this year, Valentine's Weekend. Yep, Sunday, February 14th, 2016, the Superbowl of romance, the supersized, overly-commercialized day for lovers, even falls on a long holiday weekend. President's Day becomes passé in exchange for an occasion requiring enforced romance, rather than mattress sales. The overabundance of ads began almost immediately after New Year's and there are so many jewelry, flowers, candy, resort and probably real estate ads catering to Valentine's Day, you'd think there weren't people out there dreading it.

Intellectually, I am fully aware that Valentine's Day is a commercialized construct dedicated to augmenting sales during mid-winter slumps, but emotionally it's still a reminder of missing out on love and highlighting my single state.

After much thought (at least 10 minutes or so), I came up with the following activities that you are welcome to emulate.

1. Dress up your pet and invite him for dinner. 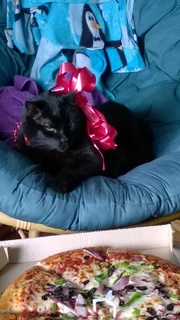 You've probably spent more time with your pet than you do with any date anyway , so why not spoil him with a colorful accessory or two. My big male cat Grimalkin hates ribbons and bows but loves to eat. So we compromised. He wore the bow, and I promised to share the pizza. The other two cats, Mystery and Karma, were laughing at him until they realized he was getting treats and they weren't. Maybe next time I haul out the ribbon, they won't run and hide.

2. After dinner, do some adult coloring.

There is a new trend for grownups to use coloring books again, just like we did as kids. Even if you are like me and don't have an artistic bone in your body, you can still get some drawing pencils and color a mandela or two. Don't worry about staying in the lines. If it didn't bother you as a kid, it won't bother you now. 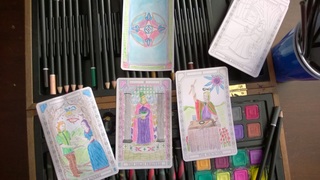 However, if you decide to color a box of do-it-yourself Tarot cards, you achieve a twofold purpose. You can have a nice time-consuming project, since there are a LOT of cards to color and it will probably take you the rest of the winter to do them front and back. Once you are done, you can read your future and see if this is the last Valentine's Day you spend on your own. It's a win-win (or win-lose if the cards aren't in your favor.)

3. Invite a few single friends over and host a Valentine's Hunt.

Since it's a long weekend, have a little party on Saturday night. Invite a bunch of your single male and female friends over. Instead of an Easter Egg Hunt, have an adult themed "Valentine's Day Hunt." Hide candy and coupons all over the house and have your guests search. Some of the coupons can be for goods like a homemade cake, or services like a cup of tea at the local teahouse. Make them non-gender specific, so that whichever of your guests finds a coupon, gets a prize suitable for anyone.

4. Watch something other than a rom-com.

Watching a rom-com (romance-comedy, for those not with the lingo) with your friends is not a really good idea. Instead watch something completely different. Lately, my roommate has re-introduced me to anime. The shows and characters portrayed are often cute, and since these are cartoons, you can't really categorize them in the romance arena, so they are safe and fun to watch. For extra fun, get some wine and stage a few drinking games.

In the outrageous series Assassination Classroom, where a tentacled monster teaches a combination of deadly killing techniques and wholesome life and school lessons, you could take a swig every time the word "assassinate" comes up, or whenever Koro-Sensei, the creature in question, challenges his students.

In Active Raid, a futuristic series about crime out of control and the young men and women dedicated to fighting it using "Armored Combined Tactical Intelligence Vanguard Elements" (ACTIVE. Catchy, yes?), you could take a drink every time Asami Kazari shows herself to be a stick in the mud - which is quite often.

The Seven Deadly Sins features a rag-tag bunch of renegade knights, a princess named Elizabeth, and their quest to defeat another group of powerful corrupt knights. Meliodas, the leader of the "Sins", spends a lot of time leering at the princess, so this is a great occasion for a drinking game as well. (You can also find this on Netflix!)

5. Get on your webcam and Livestream chat!

Whether you are alone or with some friends, fire up your webcam and host a Livestream chat. Connect to others who are far away, and maybe meet some new people if you open up the room to your pals' acquaintances. It never hurts to have some face-time with new people. Livestream offers free, relatively easy ways to set up your webcam and start acting like a director in no time. Check out this handy tutorial on how to get started.

This long Valentine's weekend may test your stamina and ingenuity, but you can get through it, even though you are single. The key is to connect, with yourself, with friends, and even with your pets. Grab some of the fun and if these little activities don't thrill you, I'm sure you can share some that will. It will be a public service for all the single people out there, so feel free to comment with your own off-the-wall suggestions!