As graffiti culture continues to assert its place in modern art history even while continuing to expand and redefine itself on the street and in homes, galleries, and museums along a storied continuum, we are reminded again about the foundational role that graffiti has played in our aesthetic, helping to define urban culture and at least partially fueling the evolution of what we call a street art scene today. And while it evolves, we take a moment to look at one of New York's shrines of the last two decades or so. 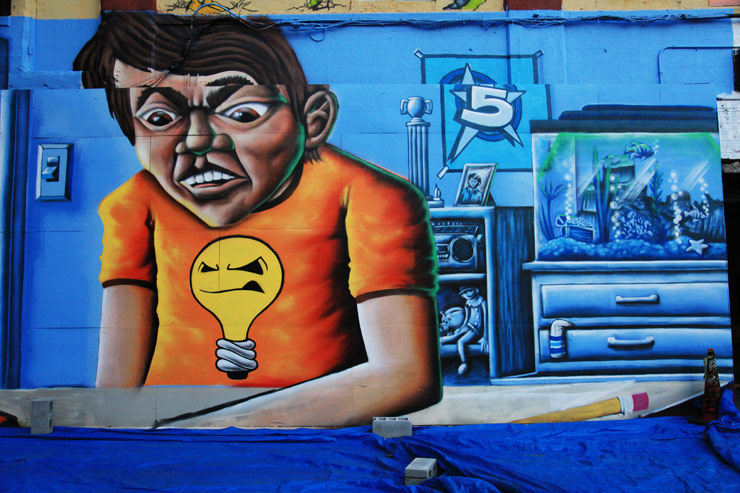 As with most subcultures in a capitalist society, there are a fair amount of commercial influences swimming around and through the graffiti world, too. The products and motifs employed to sell them somehow simplifying graffiti's complex nature and diluting its emotional resonance for many. This is the water we're all swimming in, however, and you could drown trying to fight it. Graffiti, like street art, has always been to some extent a reflection of us back onto ourselves, and we are sometimes sophisticates, sometimes brutes, sometimes cartoons, sometimes dreamers.

Despite commercial pressures and their mutative effects, it is evident that the graffiti style is alive and well and building upon itself in new ways. For some, graffiti is analogous to the early punk scene, for some others it could be inextricably tied to hip hop or perhaps some ingenious subversion of formal letter-based communication. But as it continues to morph into multiple sub-genres, it still seems perfectly clear that it is born from a scream, a helluva celebratory and defiant yell. Very individual, often powerful, it is tied to an overwhelming drive to be heard and to be seen. At its basis you can capture by hand something that is channeling of its own volition through your mind and from your gut. Probably. This incisive wisdom from BSA and $2.50 will get you a ride on the subway. 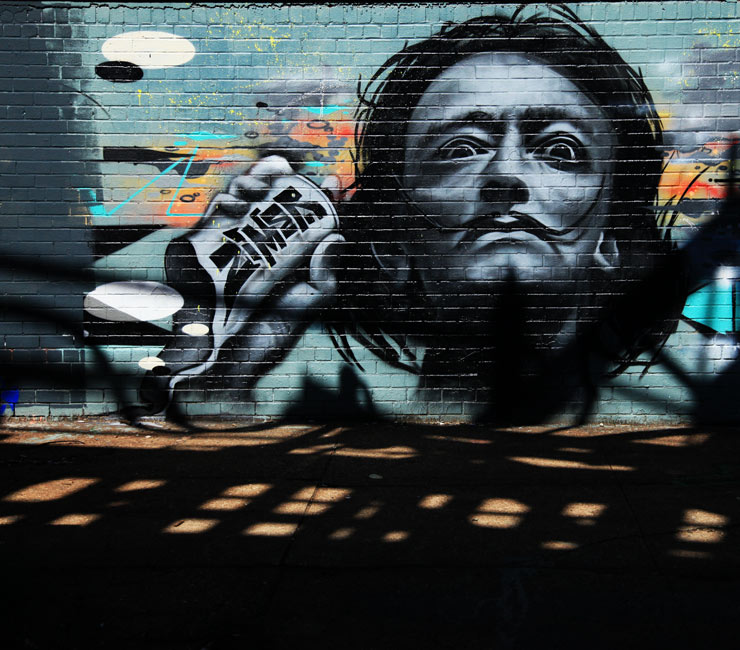 BSA will never be versed enough to speak authoritatively about graffiti culture, nor do we pretend to -- it is so vast and storied and frankly outside our wheelhouse. But you don't have to be a professor of graffiti or even a practitioner to have been affected by it and have formed an opinion about it. Even if you grew up in the desert you have been seeing graffiti in movies, television shows, books, magazines, and on your phone for the last half century. In fact, many who have made it this far into this article have probably seen 5 Pointz in a movie or a video or possibly out the window of the 7 train when swooping around Long Island City, Queens.

Begun as Phun Factory in the 1990s and eventually changing its name, this 200,000 square foot former factory building cannot be overestimated in its impact visually over two decades as well as for the community service it has provided for many artists -- younger and older -- to practice, experiment, and even hit a level of mastery of their craft.

We won't call it a Mecca, as we've been schooled by some of our brothers and sisters who think that's disrespectful. So we'll just call it a Holy Place for many here and around the world. An ever-evolving canvas viewable from the street and passing trains, many an international tourist has made the pilgrimage to check it out. It's a touchstone for the true New York -- one that is now disappearing due to development of this neighborhood as Manhattan is being reserved principally for the rich. 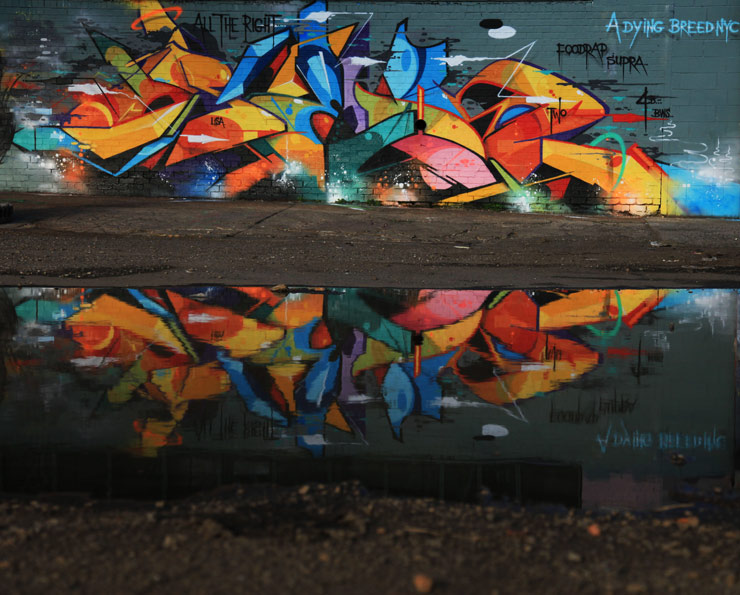 As the fevered pitch of cries from fans and community for the preservation of 5 Pointz runs up against the dual realities of a crumbling infrastructure and an increasingly desirable location for real estate development, we all reluctantly cede that the writing is probably on the wall (pardon the pun).

Absent a deep-pocketed philanthropist who wants to preserve it (Jay Z?) or a groundswell of citizenry demanding public seizing of private property (torches and pitchforks anyone?), you must know that this can't last forever despite what many see as its monstrous importance and relevance to this culture, history, and our time. 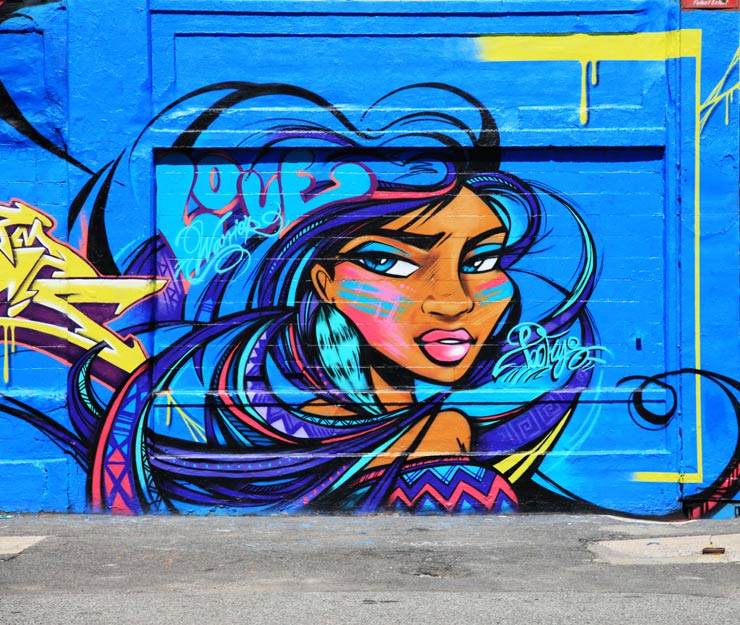 But really, just take a look around this spot. If you are here now, or are planning to come soon, you know that 5 Pointz has the pulsating power of a beacon for many; a living thriving vessel for the creative spirit to be expressed in myriad ways, many personal. All hail 5 Pointz and those who have made it successful all these years.

Here is a small collection of more recent images of 5 Pointz. 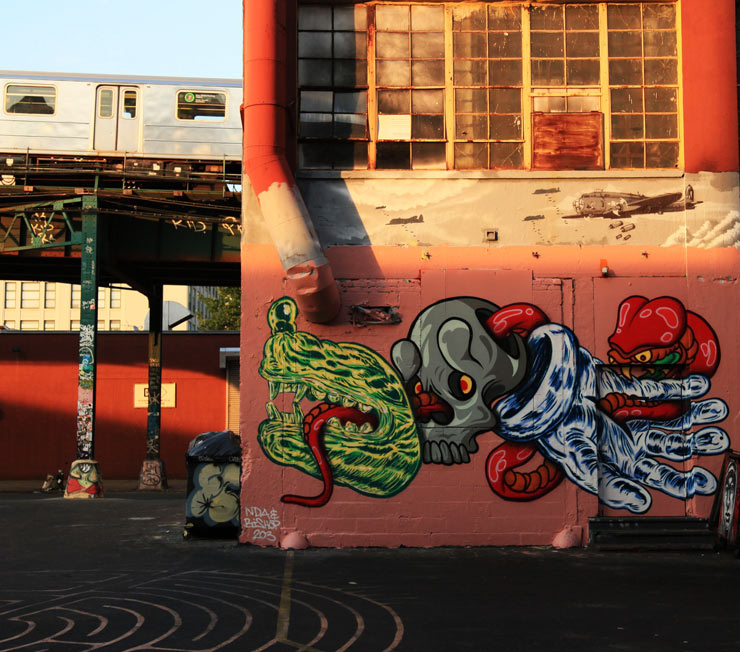 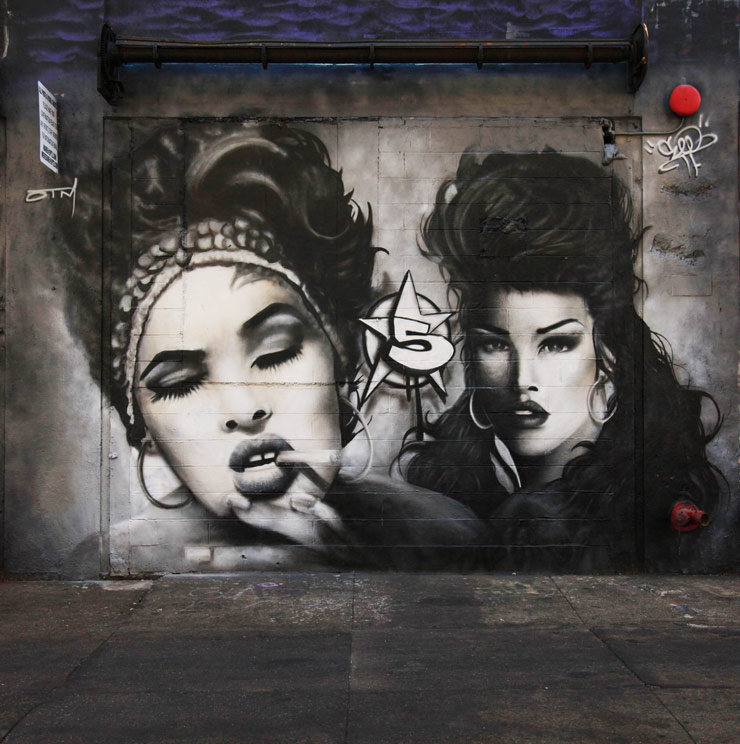 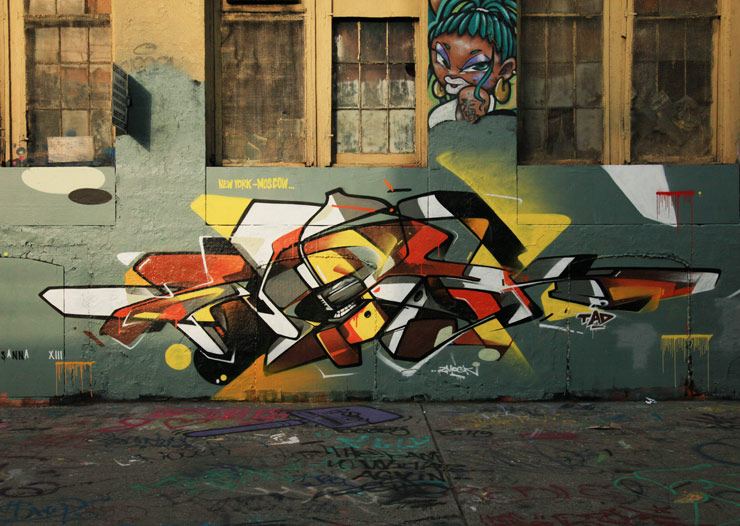 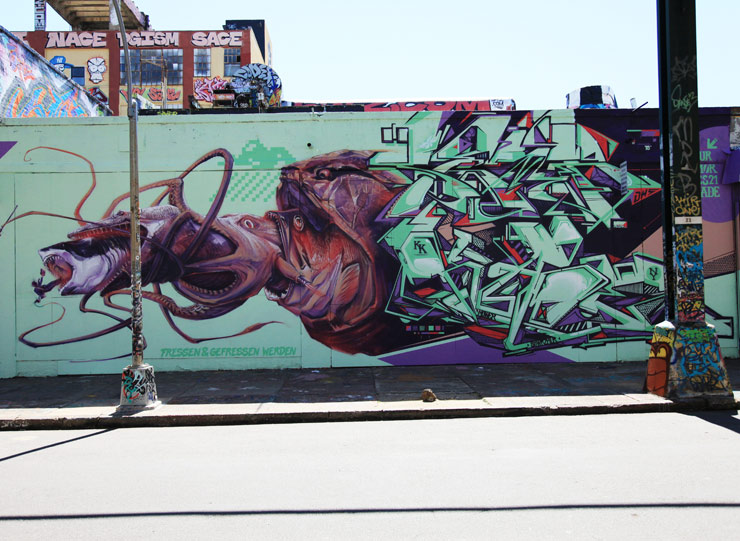 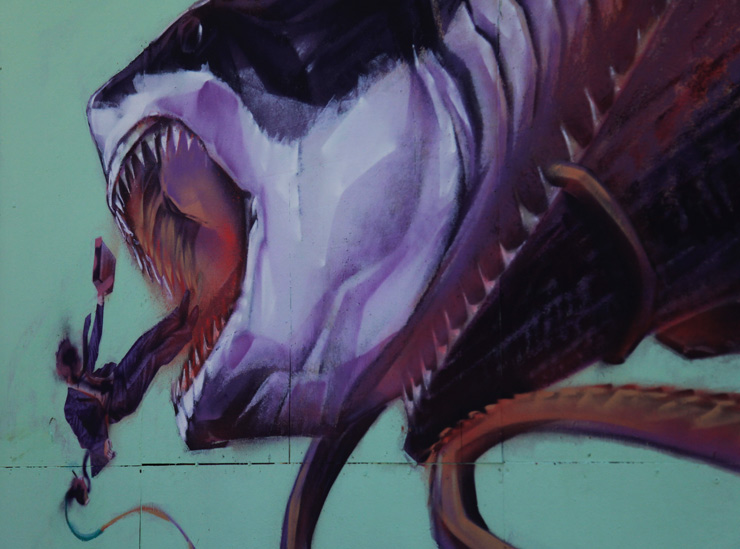 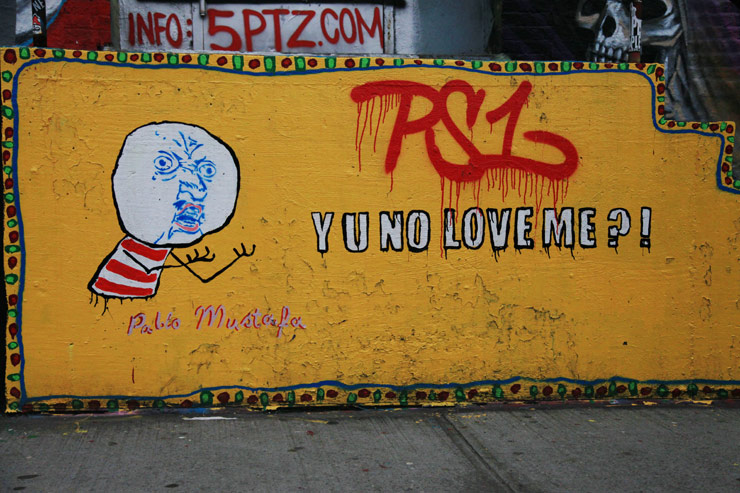 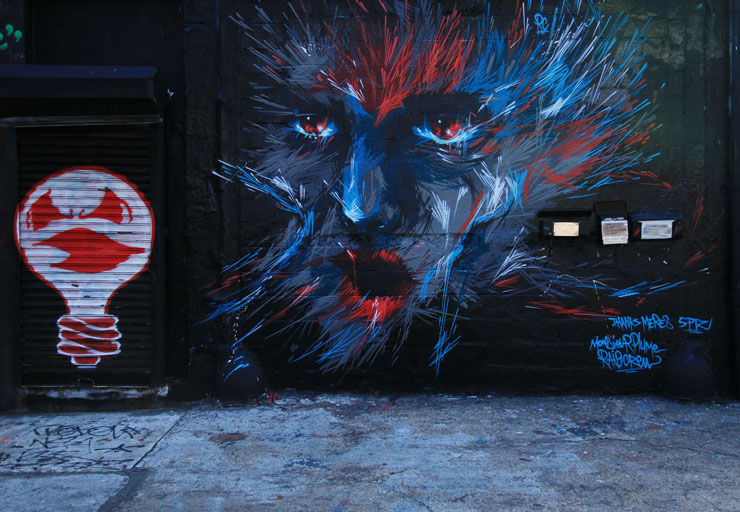 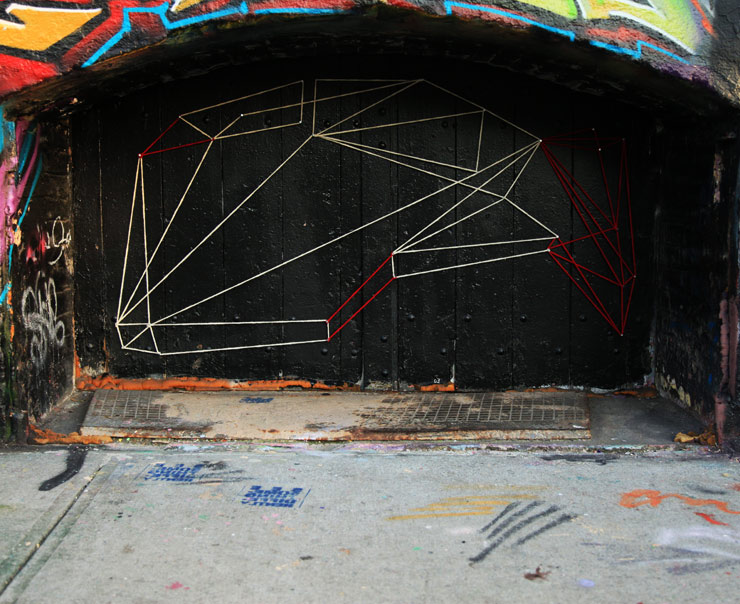 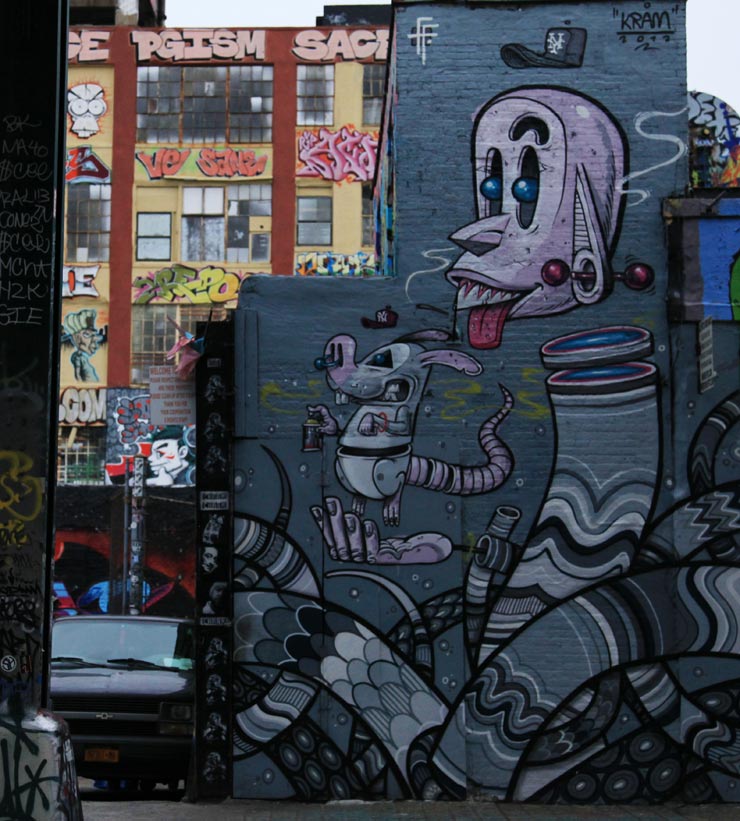 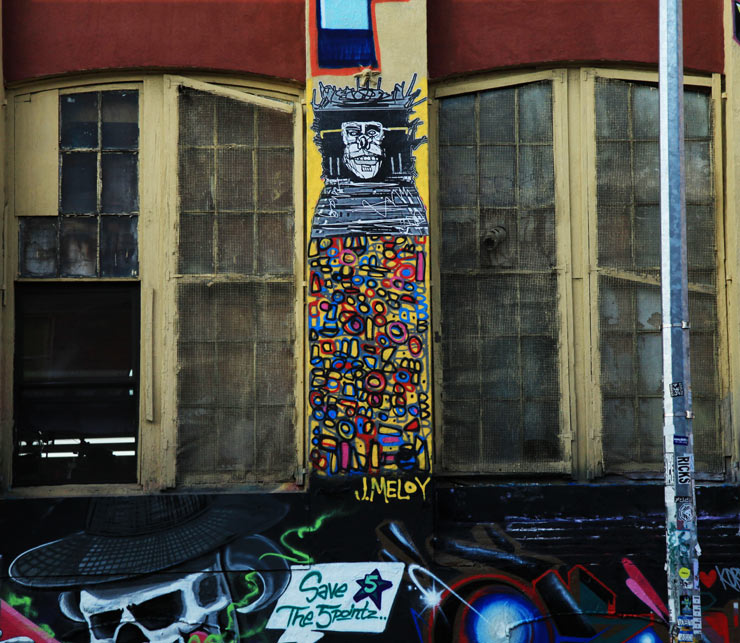 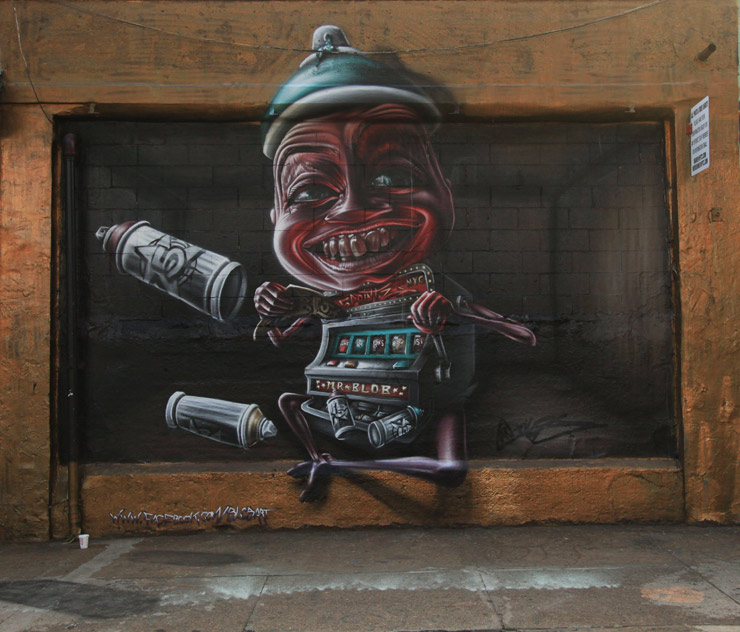 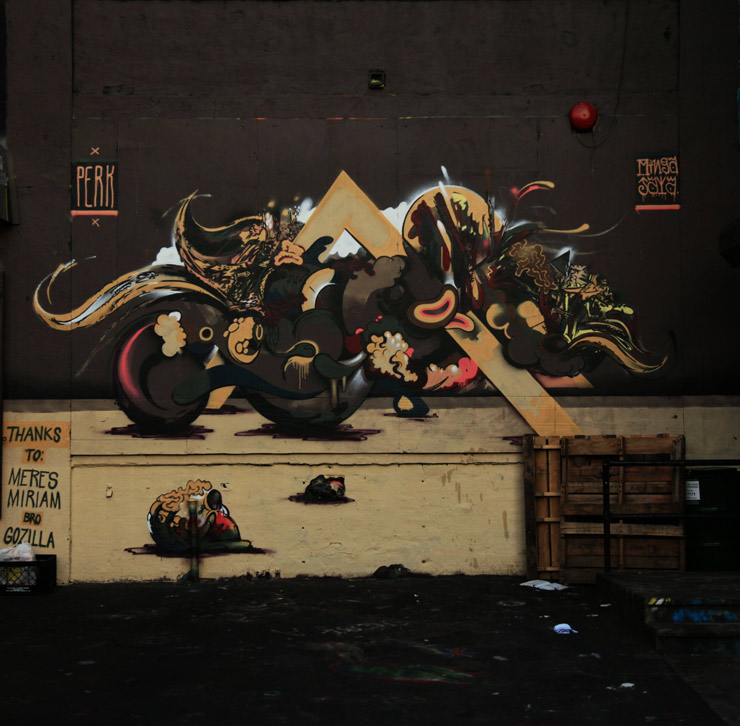 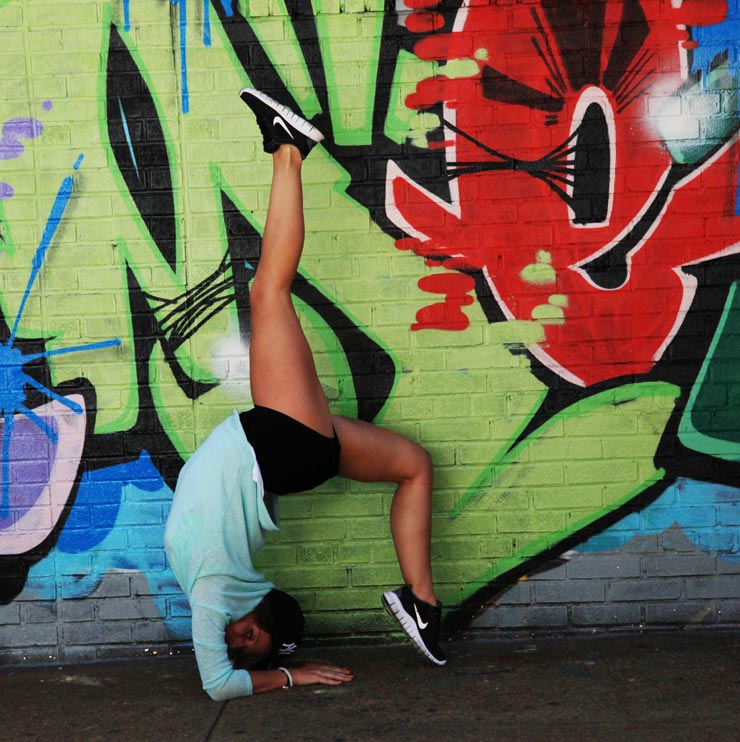 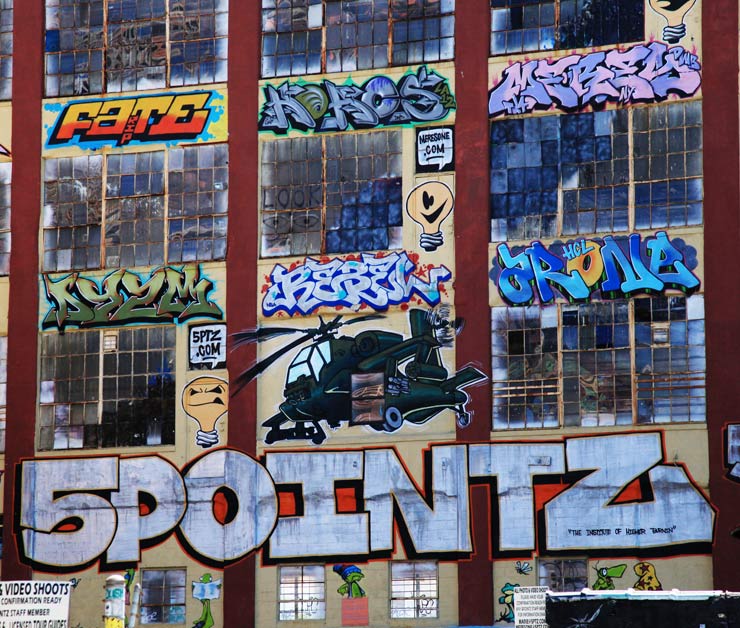 Much respect to Meres and to all the writers on this epic wall and whole compound. (photo © Jaime Rojo)

A version of this article was also posted on Brooklyn Street Art.