In the aftermath of the historic Paris climate deal, many people are still trying to decipher what it really means, and how the slim, negotiated document will be put into action. To illuminate the details of this agreement , I interviewed John Roome, Senior Director for Climate Change Group for Cross Cutting Solutions for the World Bank Group:

Answer: The word "historic" has undoubtedly become "the" word to describe the Paris agreement on climate change. And it's right. It is remarkable that more than 190 developed and developing countries have come together on a universal agreement to tackle climate change that is both ambitious and leaves no-one behind.

It's an ambitious agreement that commits countries to limit warming to "well below 2 degrees Celsius", while calling on all of us to pursue efforts to limit the temperature increase to 1.5 degrees Celsius. This is good for the world, and especially for poor and vulnerable people. It's also an agreement that makes explicit the link between climate action and poverty - which we've never seen before. We know from our own research that it's the poorest and most vulnerable people who are most impacted by climate change.

This is something that's aligned with our mandate at the World Bank Group to end extreme poverty and boost shared prosperity. There are lots of references to food security, sustainable development, indigenous people and gender equity. And there is a strong and explicit recognition of the need to build resilience and to adapt to climate change. These are all most welcome. The ambition signaled in this agreement will help to unleash creativity and investment from the private sector that will be required to keep us in a less than two degree world.

Question 2: Perhaps the most contentious issue at Paris is the idea that rapidly developing poor countries such as India should be allowed the "carbon space" to continue to grow their economies and move people out of poverty. These nations initially opposed the 1.5 degree global temperature goal for this reason. Is this a "zero sum" game, or can India and other nations cut carbon and continue to grow at the same time?

Answer: We all recognize that countries need to grow to eliminate poverty and that many energy poor countries need access to energy to all. But there are now ways to do that with very much lower carbon emissions. Our own research shows that building a climate resilient low carbon economy need not be at odds with growth. We have seen the price of renewable energy tumble over the last decade, in many countries to the point of being competitive, if not cheaper than fossil fuels. We have also seen strong progress in many countries in reducing the amount of energy needed to produce economic growth. And we expect the Paris agreement to further drive the momentum we've already seen in renewable energy sector and other low carbon technologies. India is a good example of a country with great plans to expand the use of solar.

We also know that moving on a green and resilient growth path will create new and different business opportunities and jobs, for example in roof top solar manufacturing and installation. Globally we are already seeing strong movements to put a price on carbon pollution, to end fossil fuel subsidies, and to build clean cities with sustainable transport links. All of these will help to delink economic growth from growing carbon emissions.

Question 3: Key to the climate deal's success will be the flows of funding from wealthy countries to developing nations. Can you give us a quick overview of how the Paris agreement will affect how new money will flow?

Answer: Under the agreement, developed countries have agreed to lead in mobilizing finance and to boost technology support and building up capacity in countries. The have committed to transferring at least $100bn per year to developing countries by 2020, with efforts to increase beyond that. Developing countries have assumed increasing responsibility to address climate change in line with their capabilities.

As is evident in the national plans submitted by countries for the Paris talks, the finance needed by developing countries to build a resilient low carbon future and tackling climate change can be quantified in the trillions, not billions, of dollars. Multilateral financing and international support is critical, but ultimately we also need to mobilize the private sector. And that is happening.

For our part, we have committed to increasing our funds - in the face of rising expected demand. Our plans to increase direct funding, taken together with other mobilized resources into account, means that potentially $29 billion a year in climate financing would be coming from the Bank Group in 2020. And we've also committed to working with the other multilateral development banks to mobilize funds for climate work.

But beyond the financing, we will also be working with developing countries s to help them to implement effective solutions to climate change challenges, drawing on our local presence in over 150 countries, our accumulated global experience, our ability to draw on multi-sectoral expertise and to combine both public and private sector solutions.

Question 4: The climate deal still falls short of what will be needed to keep global temperatures from rising above 2 degrees Celsius. What will be the role for the World Bank in helping developing nations do even more to cut their carbon emissions?

Answer: The success of the Paris agreement will depend on the quality of implementation of each country's national plan, and their ability to increase the ambition of these plans over time. And there are strong transparency mechanisms built into the agreement for countries to report on actions and for these report to be reviewed.

We believe that good progress on implementation over the next few years will be key to building confidence for even more ambitious action in the future. Ahead of Paris and in Paris, we've been talking with a range of countries on how to implement their national plans to reduce emissions and build resilience. Just hours after the agreement was finalized our President, Jim Yong Kim, convened a teleconference of senior leaders in the Bank to discuss plans for us to further accelerate our support as a result of this agreement.

The Bank Group will use these plans as the basis for discussions with countries to determine where they would like Bank Group support to implement these plans, and to build these into our country partnership frameworks. For example the two biggest elements of Indonesia's national plan (INDC) - renewable energy and landscapes/forests are a key focus of our recently approved country strategy.

Just before the COP21 summit, we released an Africa Climate Business Plan, in which we estimated that African countries will need more than $16 billion between now and 2020 to help them deal with the devastating impacts of climate change. We'll be doing similar climate business plans for East Asia and South Asia in the coming months. And early in the year, we'll be presenting to our Board of Directors a climate action plan that will guide our efforts for years ahead.

Question 5: Development Banks have pledged to increase their Climate lending - doubling and even tripling the amounts. However, such projects are typically quite challenging to prepare and execute, often resulting in lengthy delays. What is the World Bank doing internally to ensure you can deliver quickly on new projects?

Answer: It is clear that good development means doing it right to ensure protection for people and the environment. It also means ensuring that projects take into account future climate conditions, and that we take special measures to increase resilience.

In the 2015 financial year, the Bank Group made 188 climate change-related investments in 59 countries. Our work in helping countries wide ranging, - for example, helping farmers in countries like Mali revitalize production by adopting new technologies; helping farmers in Vietnam change farming practices to cut water and fertilizer use and cut greenhouse gas emissions.

We're also working with the private sector to boost deforestation-free cocoa production and expand deforestation-free commodity supply chains; working with others in the Pacific Islands to strengthen tuna management and create incentives for sustainable management, attracting the private sector to provide better jobs; and helping the city of Shanghai become a low carbon city by improving energy efficiency in buildings.

And moving for transformative change - through the Climate Investment Funds, we've been helping to drive global investments in concentrated solar power. Through our private sector arm., IFC, the seven solar parks project in Jordan is set to boost Jordan's renewable energy use and transform its energy sector, away from expensive, imported fossil fuels. It's the largest private sector led solar initiative in the Middle East and North Africa.

So yes, it is true that the solutions can be complex to design and challenging to implement. But we a have strong track record on implementation, and one that we are building on by ensuring rigorous sharing of experiences and practices around the world. We will be ensuring we deliver in partnership with the countries in which we work. 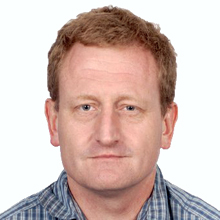 John Roome is the Senior Director for Climate Change Group for Cross Cutting Solutions for the World Bank Group.

Tim Ward is the author of The Master Communicator's Handbook, a guidebook for thought leaders and change maker. See: "Communication: It's not about output, it's about impact!"