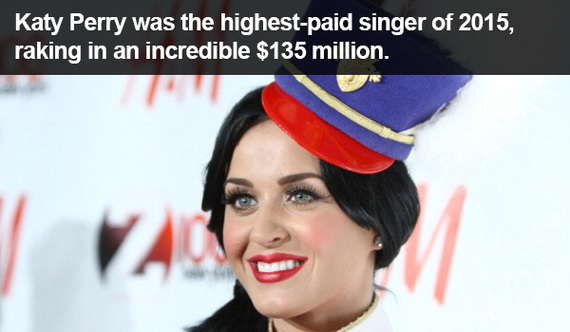 2. What's the deal with money? Jerry Seinfeld laughed his way to $36 million in 2015, making him the highest-paid comedian in the world.

4. $1.75 million: Jennifer Lopez's fee for performing a private 40-minute concert in Macau in 2014 for a group of casino magnates.

5. $0. That's how much Coldplay, Beyoncé and Bruno Mars made for playing the Super Bowl in 2016. The NFL only pays expenses; it does not pay the artists to perform.