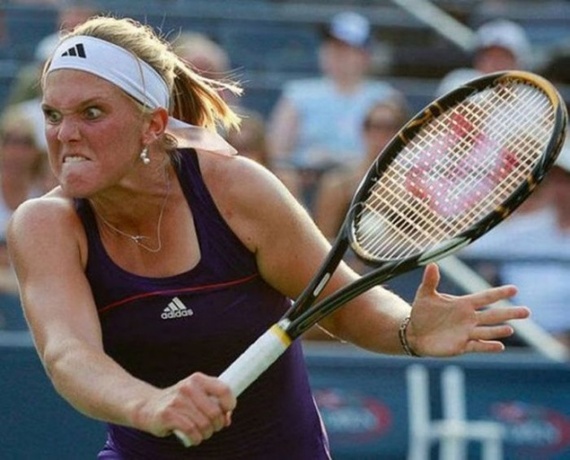 Over the many years that I've been working in the field of sport psychology, I have championed the benefits of mental training for sports to thousands of athletes. This work has ranged from talks to junior programs to ongoing consulting with individual athletes and teams.

As many of you know from my dozens of articles on this subject, I emphasize a practical approach that likens mental preparation to the physical conditioning and technical and tactical work that is also required for sports success. This focus stresses that, like the physical and on-field (or course or court) aspects of sports, the only way athletes can benefit from mental training is when it is used in an organized and consistent way.

My work offers athletes easy-to-understand and practical tools, such as mental imagery, breathing, routines, and keywords, that can be incorporated readily into every part of your overall training program.

These tools don't seem like a very hard sell considering that, when I ask athletes how important the mind is compared to the physical and technical sides of sports, the vast majority say that it is as or more important. Given that so many of the athletes I speak to or work with have big goals, it seems only natural that they would take my ideas to heart and incorporate them into their training regimen.

Yet if I had to guess how many athletes actually make mental training an integral part of their preparations, even after learning all about it from me, I would put the number at less than 10% (and I'm probably being generous here). The question I have been asking is: Why? I have concluded that there are five reasons that explain athletes' lack of investment of time and energy into the mental side of their sport.

As much as I like to think that I make a convincing case for the value of mental training in sports, I'm going to assume that there are plenty of athletes who just don't think it matters that much. Rather, they believe that if they work on the physical and technical aspects of their sports, that will be enough to reach their goals.

One of the big challenges of persuading athletes of the value of mental training is that, unlike the physical and technical aspects of sports, the benefits aren't tangible. If you want to see improvements in your strength, you can see how much weight you lifted before and after you begin a weight-training program. If you want to see your technical progress, you can watch old and new video of yourself performing. But, you can't measure confidence, intensity, or focus directly and you can't know that improvements in those areas translate into greater competitive success.

You can't be sure that mental training helps at all and, without clear proof, it's difficult to commit the time and energy necessary to gain its benefits. Buying into mental training is a leap of faith you have to make on your own if you want it to be a part of your sports efforts.

Talk, as they say, is cheap. It's easy to say that you have big goals in your sport. It's an entirely different thing to translate those goals into motivation and action. So, one reason why some athletes don't make mental training a part of their efforts is that, despite the lip service, they just don't care enough to do the work necessary to develop themselves mentally.

There's nothing inherently wrong with this lack of motivation. If you don't want to be the best athlete you can be, that's fine. Whether you achieve your sports goals or not, you will likely do just fine in your life. And, I admit that it is possible that you will develop the mental side of your sport just by chance or trial and error. But, as you know, chance or trial and error are not the best ways to develop any aspect of your sport.

Not a Part of Your Usual Program

Another reason is that mental training is simply not a part of what most athletes usually do in their training, so they just forget. I find this often occurs before and during practice. I will have, for example, described the importance of a training routine and how to implement one. But, minutes later, athletes will still be hanging out and chatting it up with their friends, doing nothing to mentally prepare themselves for their practice. Just like a technical skill, until mental skills become ingrained, they will usually slip your mind unless you focus on them constantly.

Not Supported by Coaches and Parents

It's difficult for athletes to make a commitment to mental training if they aren't supported by their coaches and parents. Two reasons. First, athletes base their judgments on the value of different aspects of their sport partly on the messages they get from those around them. If their coaches and parents aren't sending them messages of the importance of the mental side of sports, they're not likely to buy into it themselves.

It is up to coaches and parents to send messages to their athletes that say, "Mental training is really important." by talking about it and making it a part of their team culture and family discussions, respectively.

Second, athletes these days don't have a lot of free time on their hands. Between physical conditioning, practice, taking care of their equipment, and video analysis, not to mention school, sleep, meals, and socializing, there just isn't much time in which to slot mental training.

It's the coaches' responsibility to carve out time in their athletes' daily schedules into which they can fit mental training such as goal setting and mental imagery. Coaches must also help mental training become a habit in practice and on game day by including mental tools into their feedback and reminding their athletes to use those mental tools in their training efforts and competition preparations.

I'll be honest; some of the things I ask athletes to do in training and before competitions can seem pretty weird. For example, running around and jumping up and down to raise intensity, moving their bodies while doing mental imagery, and talking themselves into an aggressive mindset.

And one thing I've learned over the years is that most young people don't want to stand out (in an odd sort of way anyhow) because being accepted by their peers is one of their most important needs. Imagine this scenario. You're at the start of a training session and all of your friends are goofing around and talking to each other. But I've asked you to not talk so you can focus, be very physically active in your warm-up, and to really move your body while doing mental imagery. Wouldn't you feel a little self-conscious? And might you actually be reluctant to do that stuff, even if you know it will help you perform better?

It has been my experience, both personally and professionally, that to be great at something, you have to be different than others and, yes, that sometimes means being weird or, at least, doing what others perceive as weird things. And it also means that you won't necessarily be accepted by everyone. Do you think LeBron James or Serena Williams or Tom Brady or Roger Federer or Lisa Leslie are normal people? Do you think they worry about being accepted? In both cases, no way! Be average (and normal) or be your best (and a little weird)? The choice is yours.

Ultimately, just like with other aspects of your sport, you have to decide how important the mind is to achieving your goals. If you truly believe that it is essential to your athletic success, you must then do what is necessary to weave mental training in the very fabric of your training and competitive efforts. You want to get to the point where it is simply what you do to be the best athlete you can be, just like physical conditioning and technical training. So, when you're kicking butt, other athletes may see you as weird, but they will want to know what your secret is and be weird (and great) like you. But don't tell them!