For the thousands of hard-working women entrepreneurs in this world, every day might seem like "Women's Entrepreneurship Day."

Now, ladies (and gentlemen) can rejoice, as this day has become official. Women and men across the globe will join together on November 18, 2016 to celebrate Women's Entrepreneurship Day (WED).

Founded by serial entrepreneur, Wendy Diamond, WED aims to empower women and girls worldwide to promote economic vitality and security. After volunteering in Honduras to provide microcredit to low-income women, Diamond decided to form a global event to celebrate and advance female business owners and entrepreneurs. The goal behind WED is to empower the 4 billion women on the planet, while creating change for the 250 million girls living in poverty.

"I have dedicated my life to helping the 'underdog' thrive," said Diamond. "Historically, women worldwide have been underpaid, undervalued, underrepresented, underfunded and underestimated. We are dedicated, determined and driven to change this. The women entrepreneurs involved in WED are inspirational role models to women everywhere!"

The first WED event was held in New York City at the United Nations on November 19, 2014. The event was an immediate success, being celebrated in 144 countries from the start. 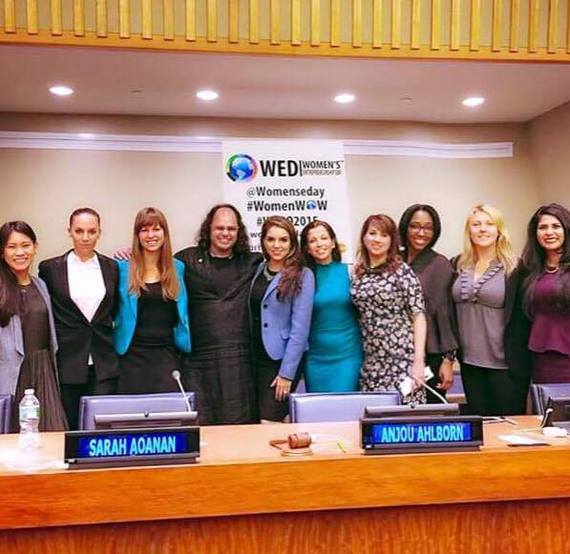 New developments have since been implemented as WED's growth continues. A worldwide structure of regional ambassadors has been created, along with a partnership with the United States Association for Small Business and Entrepreneurship.

This year's WED event will be celebrated in 144 countries, with participation from over 5 thousand universities and colleges. Anjou Ahlborn Kay, the WED Global Ambassador for San Francisco/Silicon Valley and WED United Nations Fellow, remains hopeful for change.

"I'm Honored to be the WED Ambassador for San Francisco and Silicon Valley. Together we are looking forward to empower, celebrate and support women in entrepreneurship, technology and business, both locally and globally," said Anjou. "We will be holding our event simultaneously with the UN and gatherings around the world in 144 countries to celebrate Women's Entrepreneurship Day internationally. We need to address some of the key issues bubbling up here in Silicon Valley, such as: toxic work environments that would make Wall Street blush; access to capital for female entrepreneurs; representation in the VC world and technology sector; equal pay; joining men and women together to make changes and encouraging STEM with our girls." 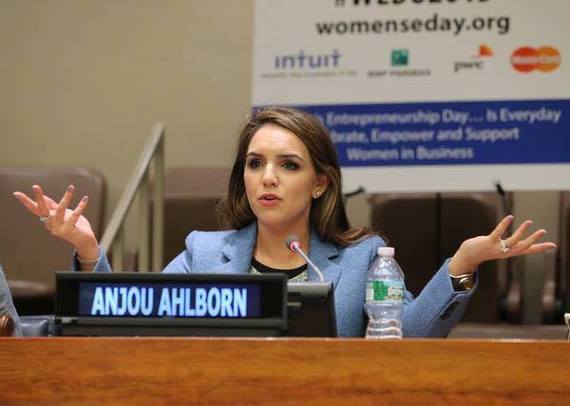 And while WED is clearly making an impact across certain parts of the world, here are 5 specific reasons why everyone, everywhere should support WED:

WED provides women entrepreneurs across the globe with the opportunity to share their voices to encourage their female counterparts to take action and lead. Hearing success stories from women entrepreneurs will continue to inspire other females to start their own companies and take on leadership roles.

Diamond has already reported numerous success stories from WED's previous events. For example, Sharifa AlBarami, the executive partner and co-owner of Al Jazeera Global Services & Investments (AGSI), was a speaker during WED 2014. She is currently empowering women and girls in Oman to vote against arranged marriages.

The 2014 launch was also when the Australian government stopped traffic on the Sydney Harbor Bridge to allow our WED ambassadors to climb the structure, symbolizing a bridging of the world by women entrepreneurs. WED's 2016 event is sure to inspire and encourage millions of more women to live their dreams and drive change.

According to the Global Poverty Project, women make up half the world's population, but also represent a staggering 70 percent of the world's poor. In fact, there are 250 million girls living in poverty today.

Fortunately, women have the power to be a catalyst for change. Successful entrepreneurs being celebrated during WED serve as an example for girls and women everywhere, demonstrating that building your own business and following your dreams is possible.

"Statistics show that when women are provided with economic opportunity, 90 cents on the dollar goes back to their families. Encouraging and empowering more women to enter business will have an incredibly positive financial and social impact on global communities," Diamond said.

#3) To empower women to achieve gender equality in business:

Its been noted that companies with women on their boards are 30% more profitable, yet only 7% of venture dollars go to women-owned businesses. By raising awareness for women's empowerment, WED encourages women entrepreneurs to share their voices to help women achieve equality.

Adriana Gascoigne is the CEO and Founder of Girls in Tech, a non-profit dedicated to promoting gender equality in technology. Adriana will be speaking at San Francisco's WED event to promote gender balance.

"When launching Girls in Tech in 2007, we were the first non-profit dedicated to promoting gender equality in the technology workforce," said Adriana. "Since then, we've grown to over 50,000 members across 60 chapters around the world. By speaking at Women's Entrepreneur Day, I hope I can inspire others and encourage them to make their voice heard and be FIRST!"

There are 11.3 million women whom own businesses that generate $1.6 trillion in annual revenue and employ nearly 9 million people.

In order to support these businesses, Diamond plans to launch a website called ChooseWomen.org that allows consumers to choose products and retailers that support women-owned businesses across the globe. A percentage of each sale from ChooseWomen.org will go towards providing microloans to women in need who want to start their own businesses.

The website launch is scheduled for November 30th, following the celebration of WED on November 18th.

Finally, the main reason to celebrate WED is to empower, celebrate and support women everywhere. WED serves as a once in a lifetime opportunity to network and support some of the most inspiring women and men in the world.

It's time the world recognizes the incredible female entrepreneurs and their male counterparts creating change and innovation. WED provides inspiration for women and girls everywhere to celebrate who they are and what they offer.

Find out how you can be a part of the WED events taking place in New York and in San Francisco on November 18th 2016.