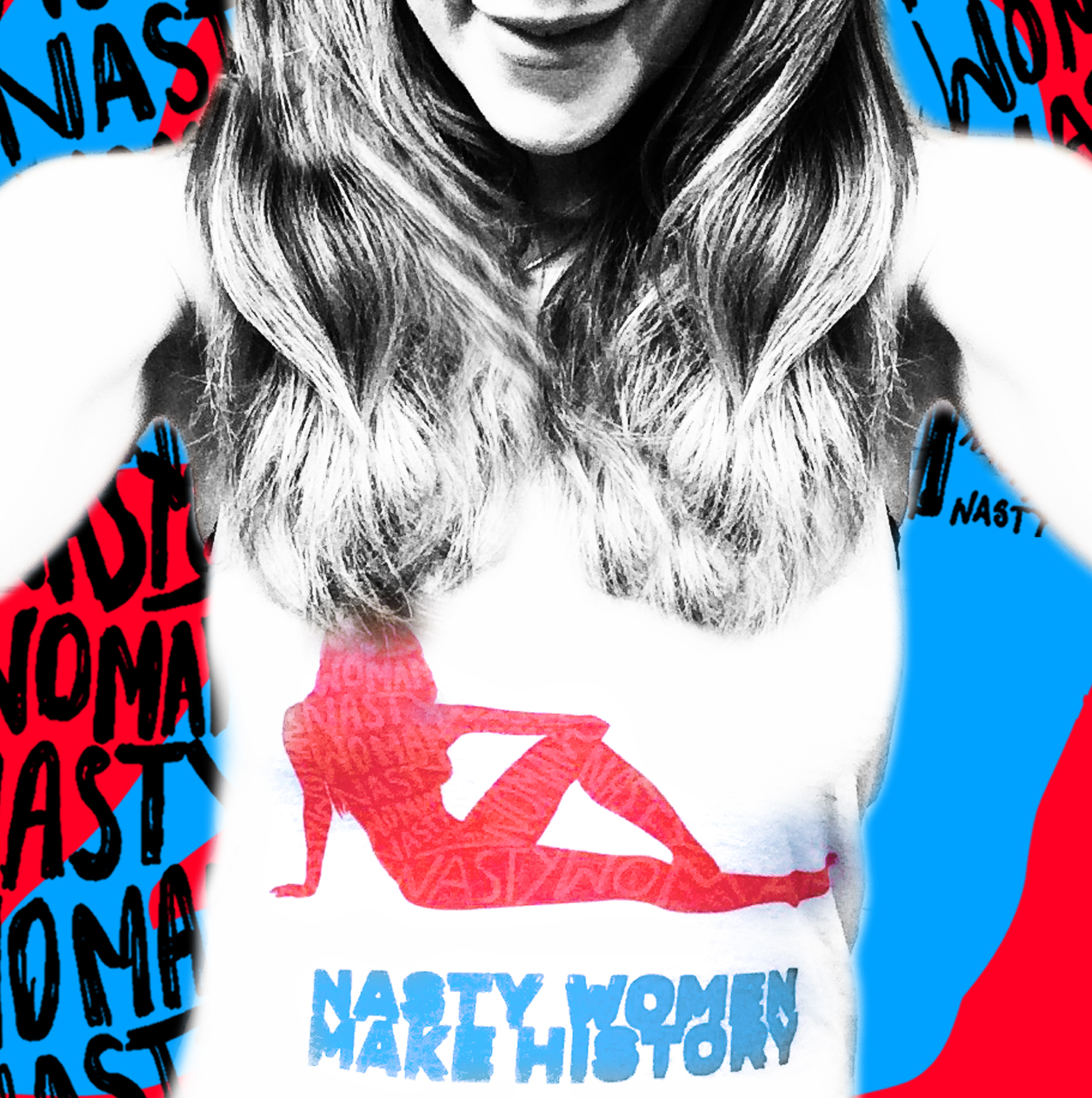 1. I'm a nasty woman because I reject white supremacy thinking that wants to slow immigration. My Jewish grandparents immigrated to this country after WWII. No one wanted the Jews before or during the war, and certainly not after the war. They went to Israel after the war and experienced racism there because they were immigrants. It wasn't until they came to America that they were able to build a life and a family -- and most importantly, a legacy.

Trump, who once sympathized with refugees, now wants them all out.

2. I'm a nasty woman because I believe in equal pay. I grew up in an America where I didn't have to sleep with anyone or curry sexual favors to become a leader in my field. While I have never felt any overt negative bias because of my gender, many women do -- especially when we have research confirming the unequal paychecks of men and women. I am a brilliant brand builder. My breasts and vagina classify me as a woman, but that has little do with my brilliance as brand builder. My lady parts shall only concern the lucky man that I choose to share them with.

To Trump, women are an accessory to power, not power themselves.

3. I'm a nasty woman because I believe that women should have the last word on what they can and cannot do with their bodies. At age 23, I had the choice of having an abortion. I wasn't flippant about the choice. I was using birth control and condoms and still, I became pregnant. I did not want to marry this man. My dreams were yet to be accomplished. If had that baby, I would have lived a lifetime filled with resentment for this child and contributed to the misery in the world.

Trump has said he will overturn Roe v. Wade.

4. I'm a nasty woman because I believe in honoring thy neighbor is the only way. I do not want to live in a world where people can lie in real time and get away with it. Where you can dehumanize people in public, on tape, and say it isn't so. I don't want a world everyone fibs, name-calls, and manipulates because it's now acceptable to listen to what was once dinner table talk of racists, bigots, and liars in public.

Trump has mocked, dehumanized, threatened, defrauded those around him. It's no surprise he has not been championed by any of our heroes -- unless of course Scott Baio or Sarah Palin are your heroes.

5. I'm a nasty woman because I believe that your word is everything. We cannot live in a world where a language -- the language of Shakespeare -- means nothing and winning means everything.

Trump believes he has this superpower where his words, once they leave his mouth, can disappear or rearrange the order they were said.

I'm a nasty woman and I stand for Hillary because I believe in the American melting pot, pro-choice rights, equal pay, kindness, and keeping my word.